Was back in New York City with the family a few weeks ago and a family trip to NYC is usually accompanied by a trip to an art museum. Last week I shared a series of photographs from our first visit to the Whitney Museum of American Art (photographs HERE). Now, the Whitney was founded in 1931 by a wealthy and prominent American socialite and art patron named Gertrude Vanderbilt Whitney. Today, I’d like to share several photographs from our first visit to the Solomon R. Guggenheim Museum on NYC’s Upper East Side. And guess what? That’s right, Solomon Robert Guggenheim was also rich.

Born in 1861 in Philadelphia to a wealthy mining family (some guys are just born lucky, yes?), Guggenheim studied in Switzerland at the Concordia Institute in Zürich before returning to the United States to work in the family mining business. Already a multi-millionaire in the copper business, Guggenheim later founded the Yukon Gold Company in Alaska in 1906. He retired from his business in 1919 to pursue full-time art collecting and began displaying his collection of old masters at his apartment in the Plaza Hotel in New York City.

In 1937, Guggenheim established the Solomon R. Guggenheim Foundation, a leading institution for the collection, preservation, and research of modern and contemporary art that operates museums in Venice, Italy, Bilbao, Spain and in the United Arab Emirates. In 1939, he and his art advisor, abstract artist Baroness Hilla von Rebay, opened a venue for the display of his collection, the Museum of Non-Objective Painting, on East 54th Street in NYC.

By the early 1940s, the museum had accumulated such a large collection of avant-garde paintings that the need for a permanent building to house the art collection had become apparent. Guggenheim and Rebay commissioned Frank Lloyd Wright, a pioneering American architect and interior designer, to design a museum for a lot that Guggenheim had acquired on Fifth Avenue. Wright, a narcissist whose life was marked by scandal, debt and even murder, dispensed with the conventional approach to museum layout. His plan was for the museum guests to ride to the top of the building by elevator, to descend at a leisurely pace along the gentle slope of the continuous ramp, and to view the atrium of the building as the last work of art. 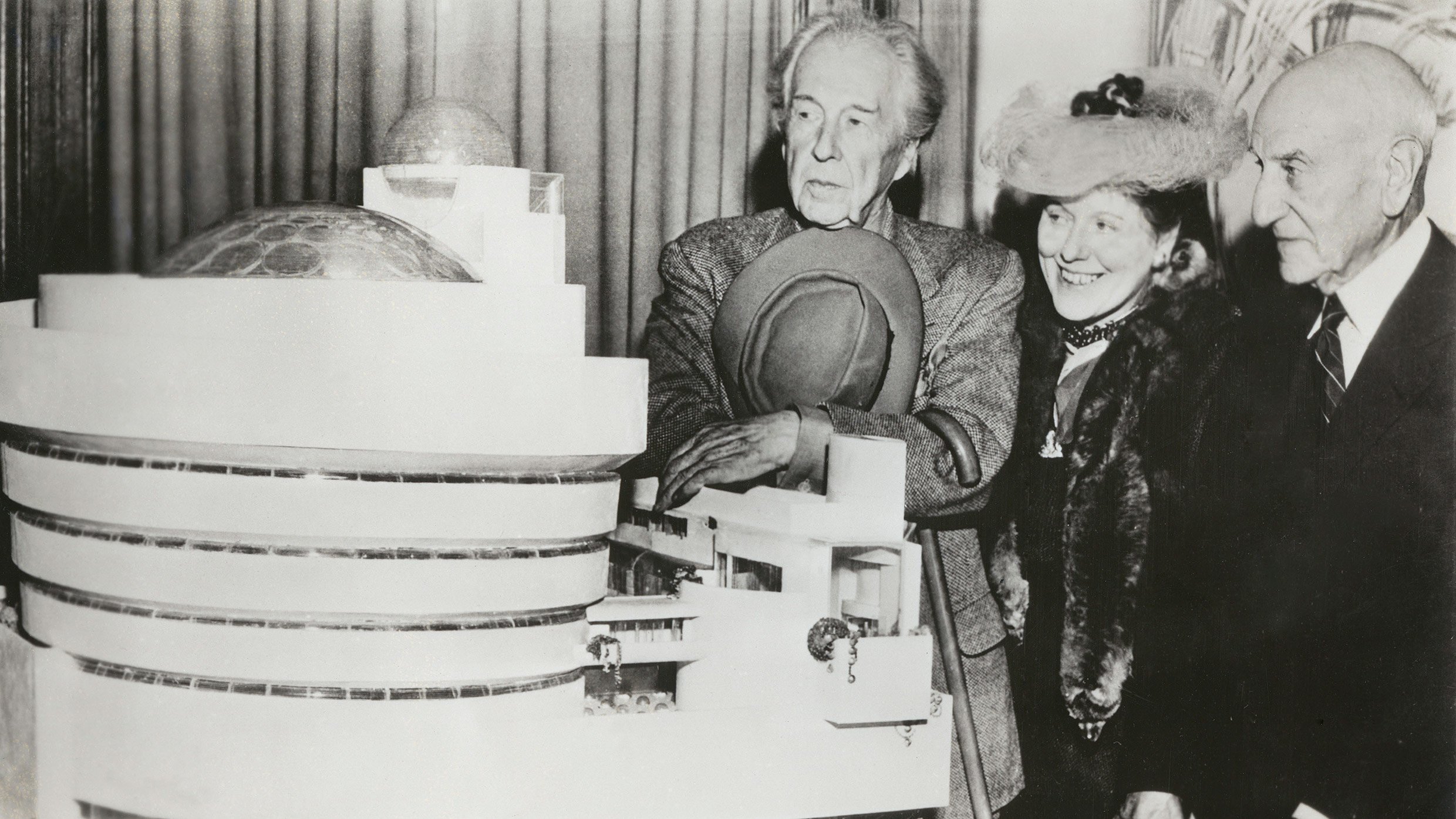 The museum’s now-iconic spiral design recalls a nautilus shell, with continuous spaces flowing freely one into another. The open rotunda afforded viewers the unique possibility of seeing several bays of work on different levels simultaneously and even to interact with guests on other levels. Wright’s distinctive cylindrical building turned out to be his last major work, as the architect died at age 91, six months before its opening. The Solomon R. Guggenheim Museum opened to the public in 1959, ten years after Guggenheim’s death on Long Island in 1949.

So that’s a little bit of history. The Guggenheim Museum is a must-see NYC attraction and proved to be an excellent way to spend a few hours with the family (especially during what was a rainy, sweltering summer day in the city). Admission is $25 for adults, $18 for students and kids under 12 are free. Photography is allowed (and you know I never travel without my camera and a few good lenses) so here are a few images I snapped at this remarkable art museum. Enjoy… 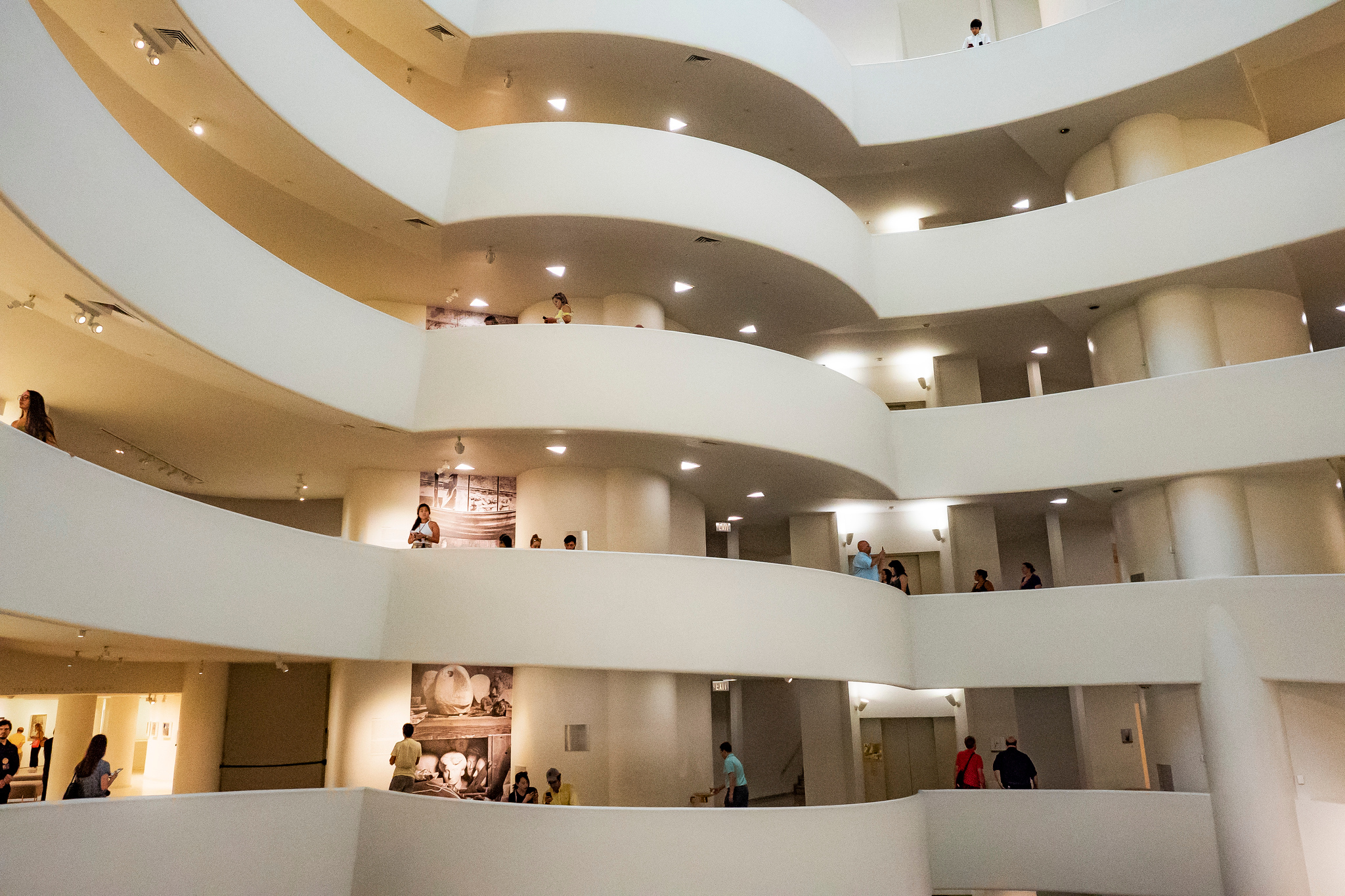 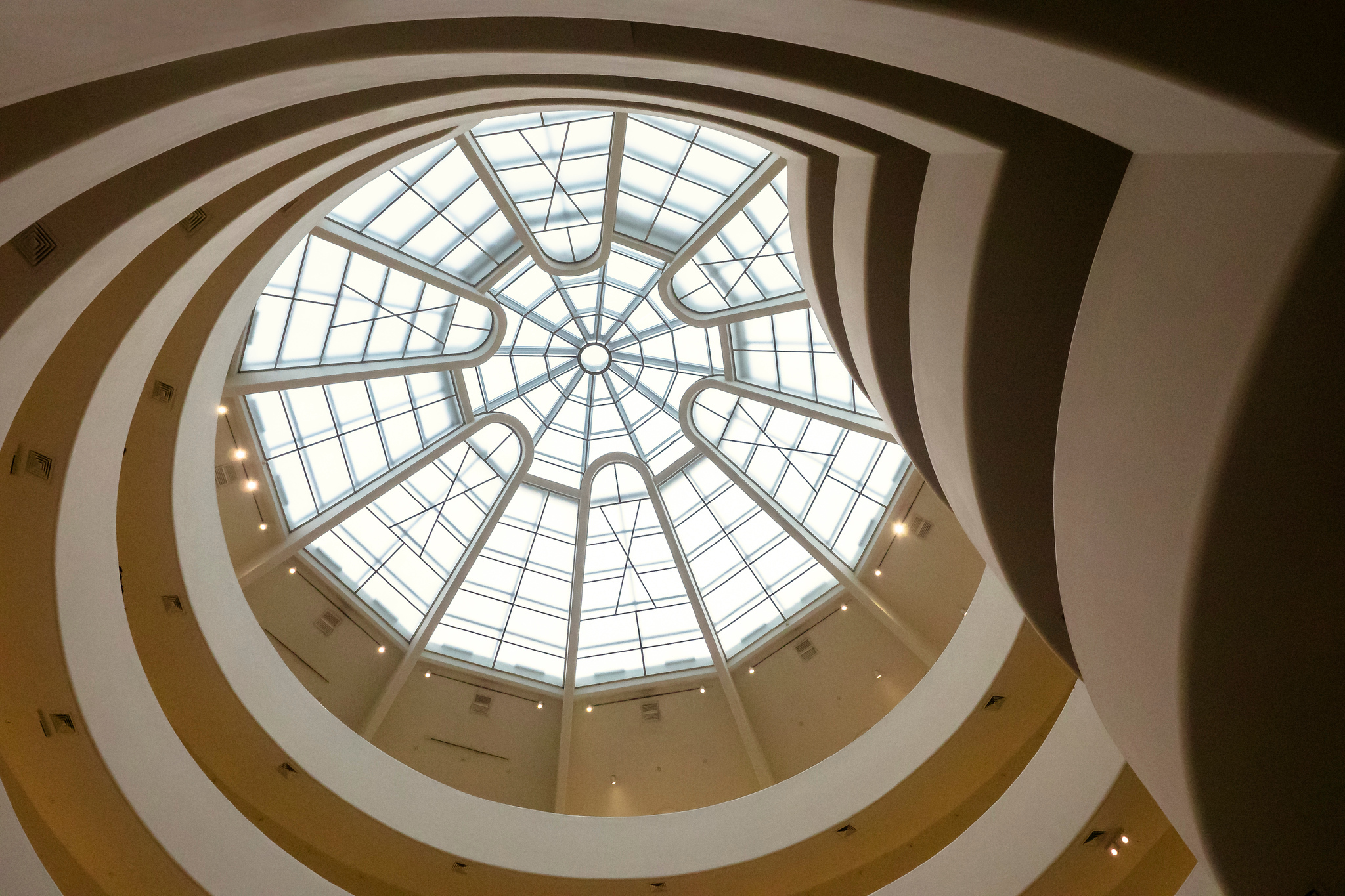 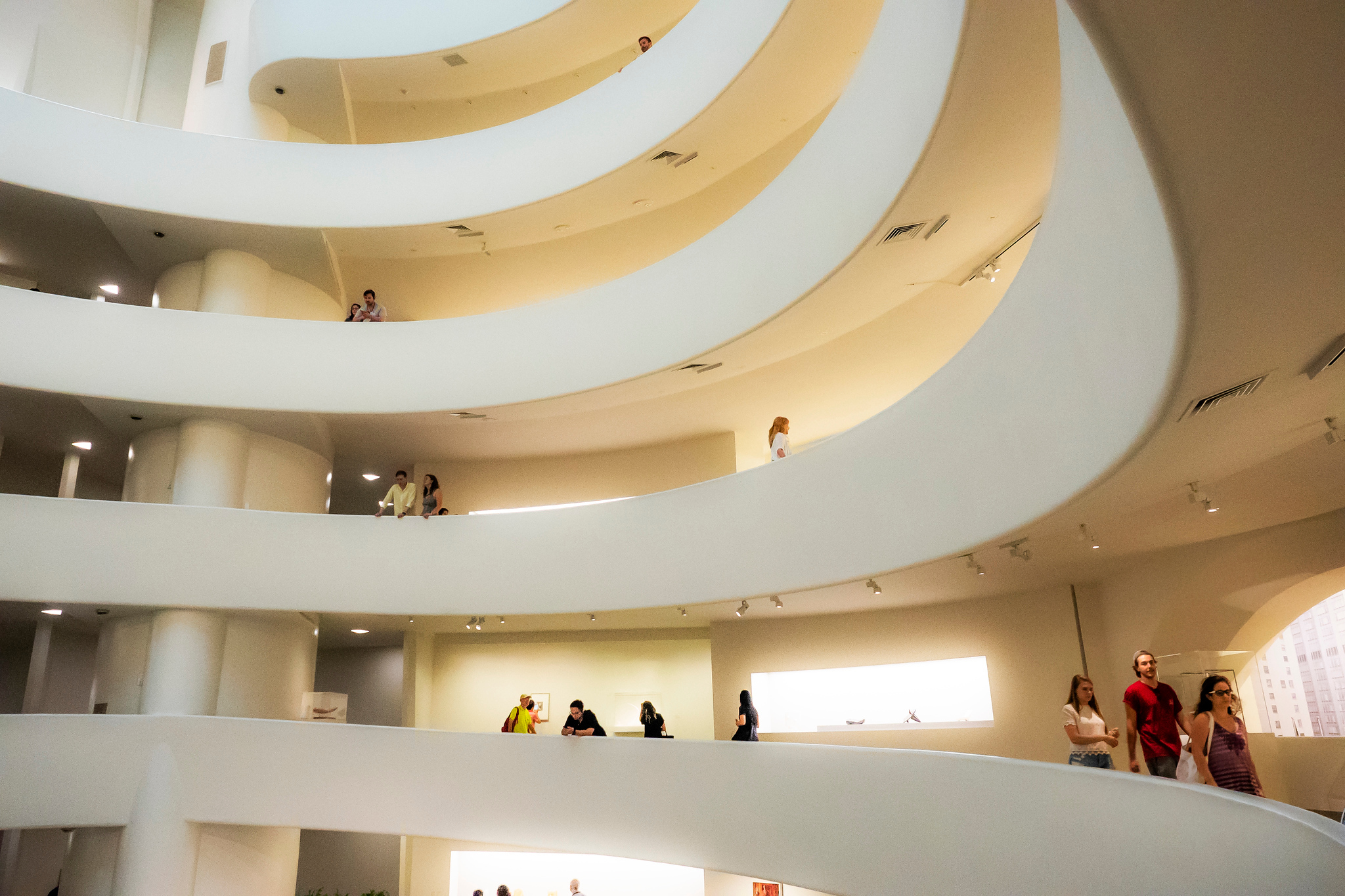 My daughter taking a good look at “The Miracle (Seal [I])” by Romanian sculptor Constantin Brâncuși (1876-1957). Considered a pioneer of modernism, Brâncuși is one of the most influential sculptors of the 20th-century. His exhibition is ongoing… 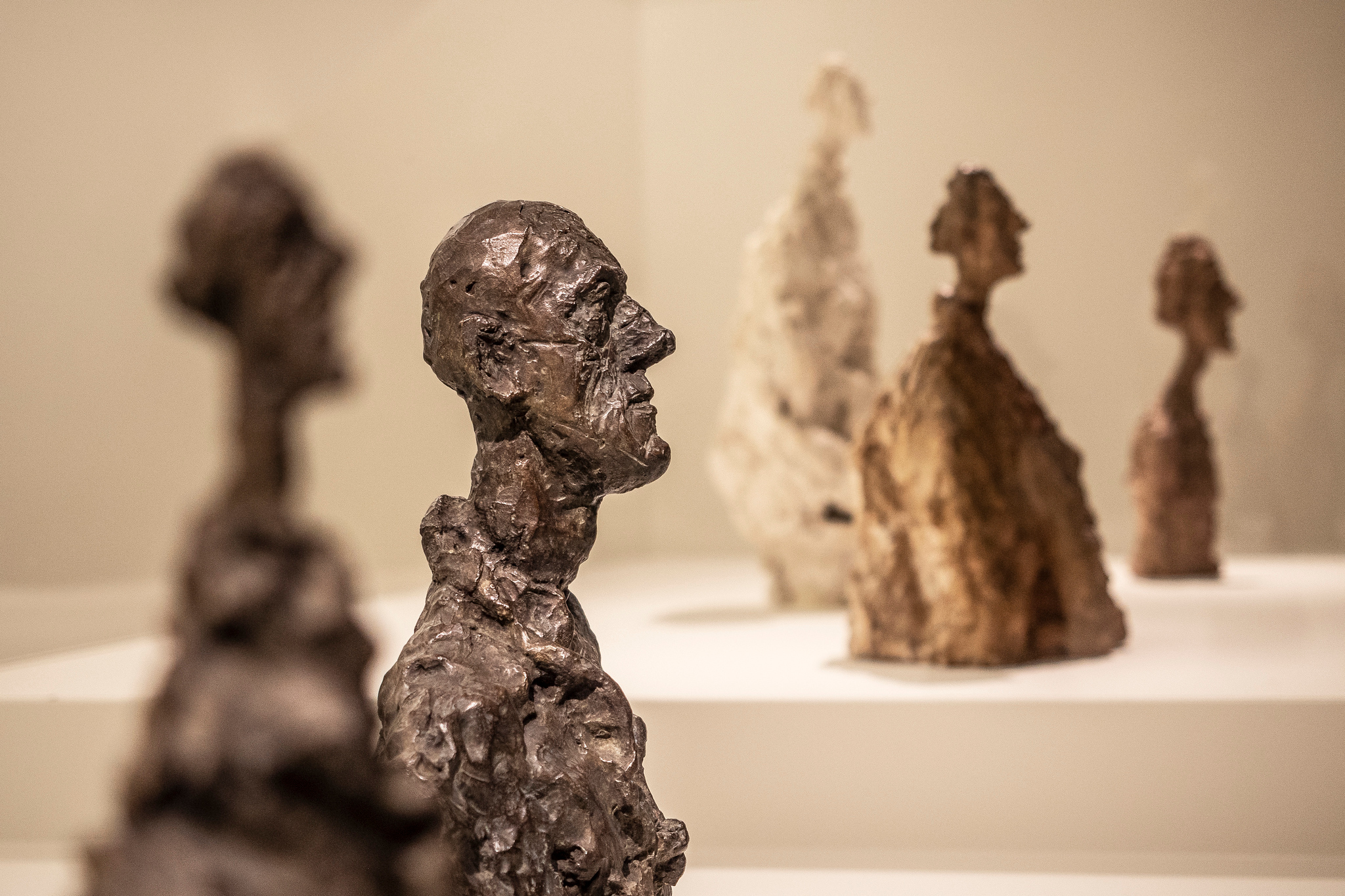 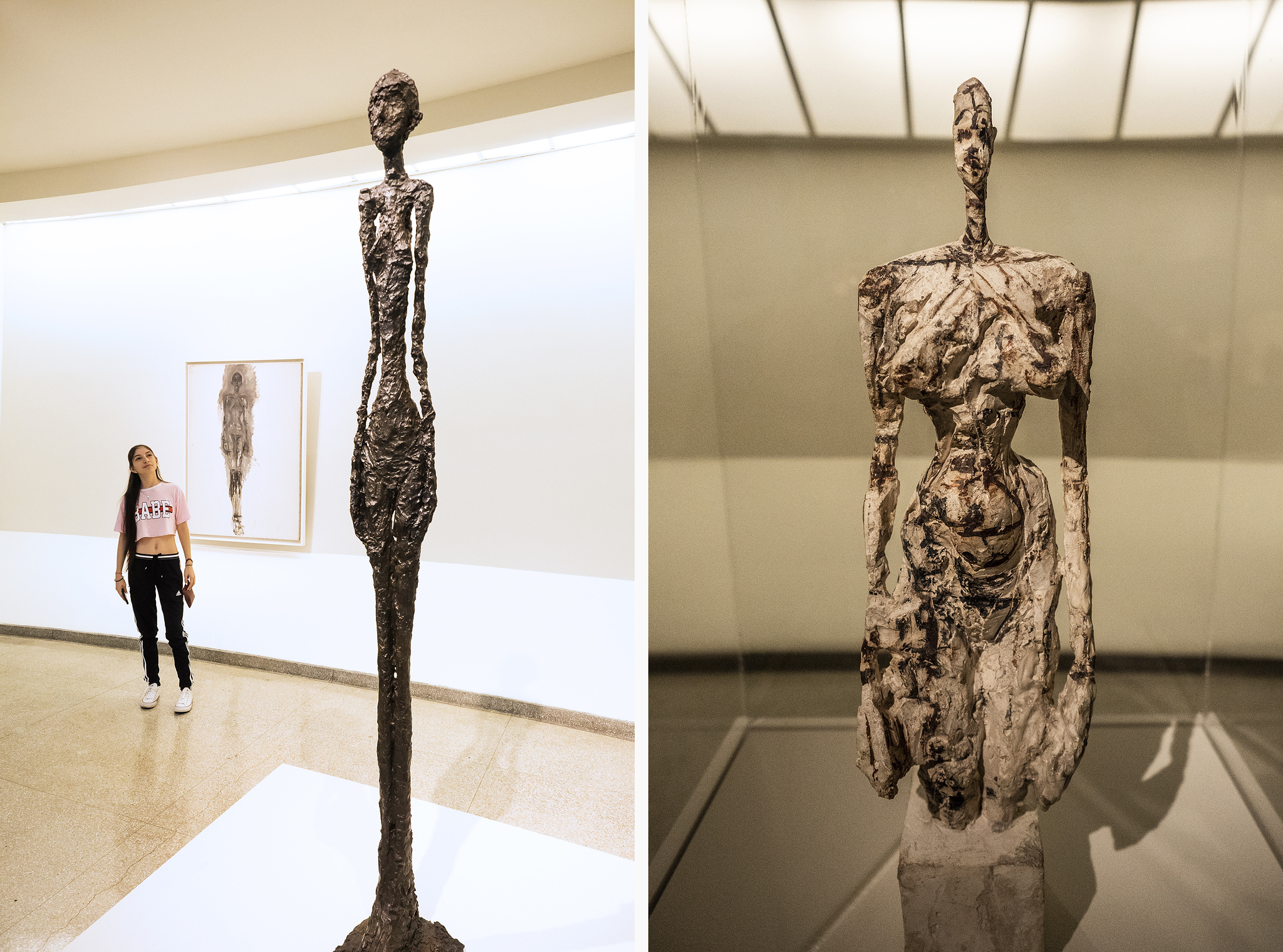 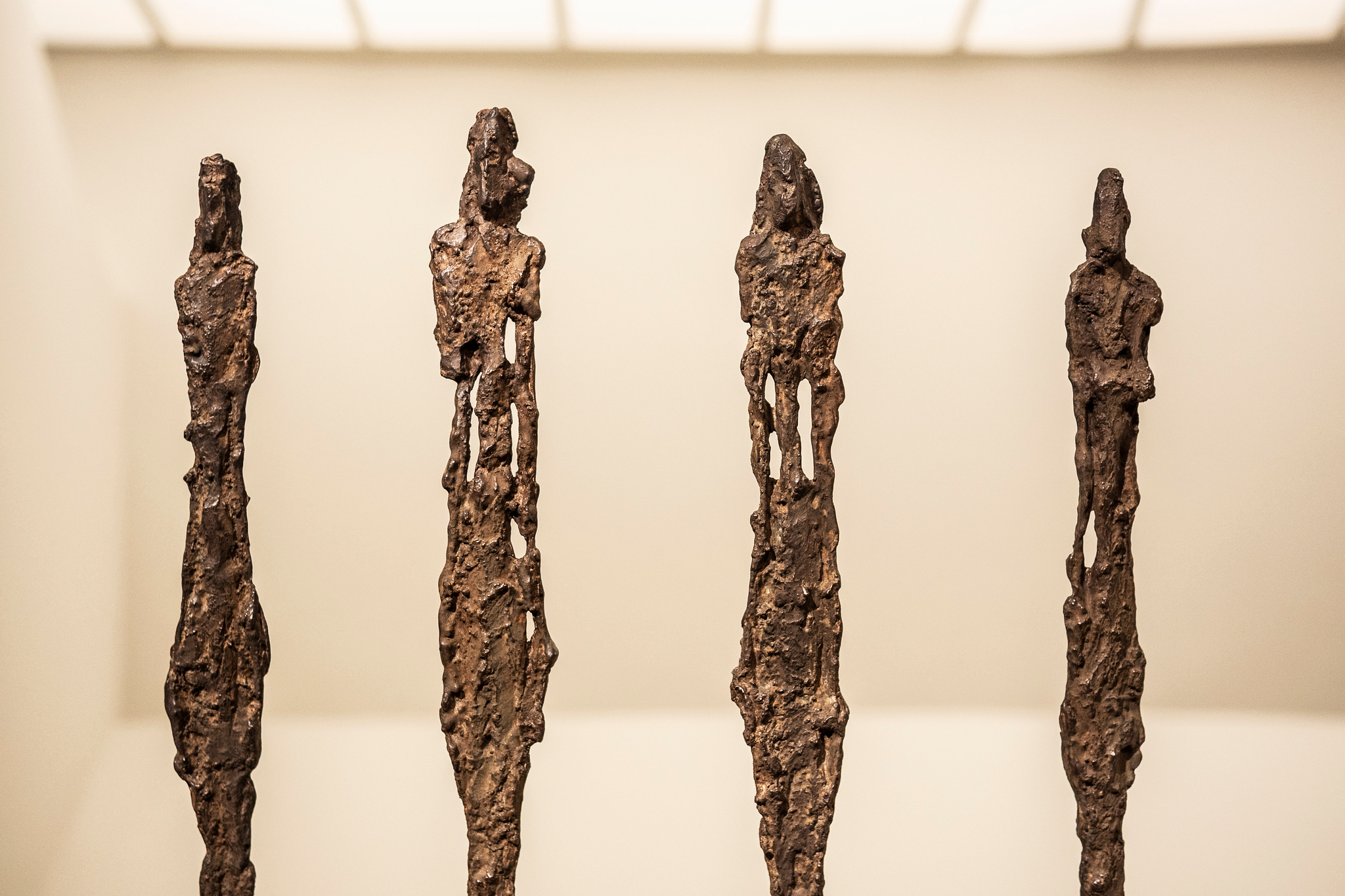 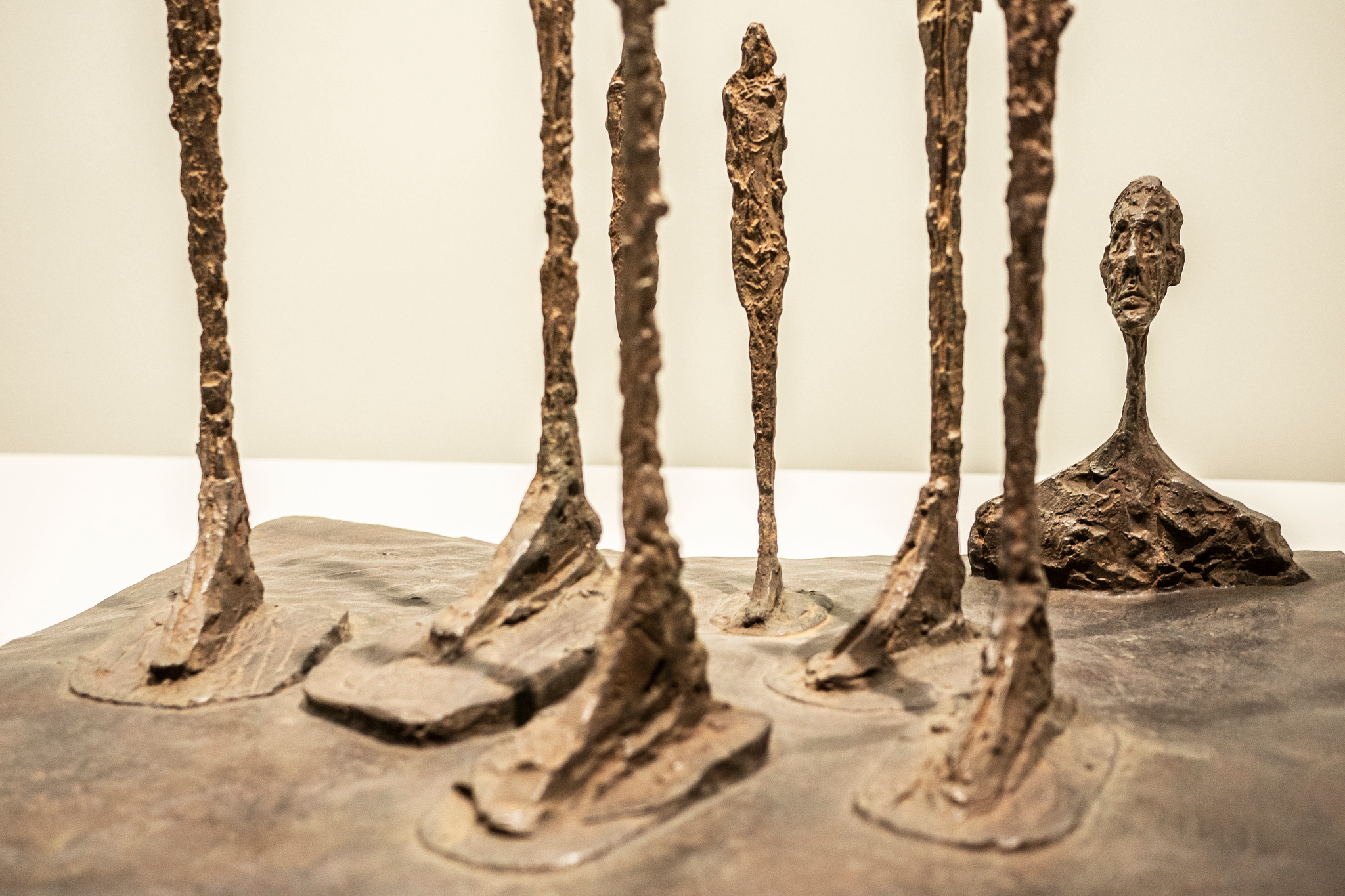 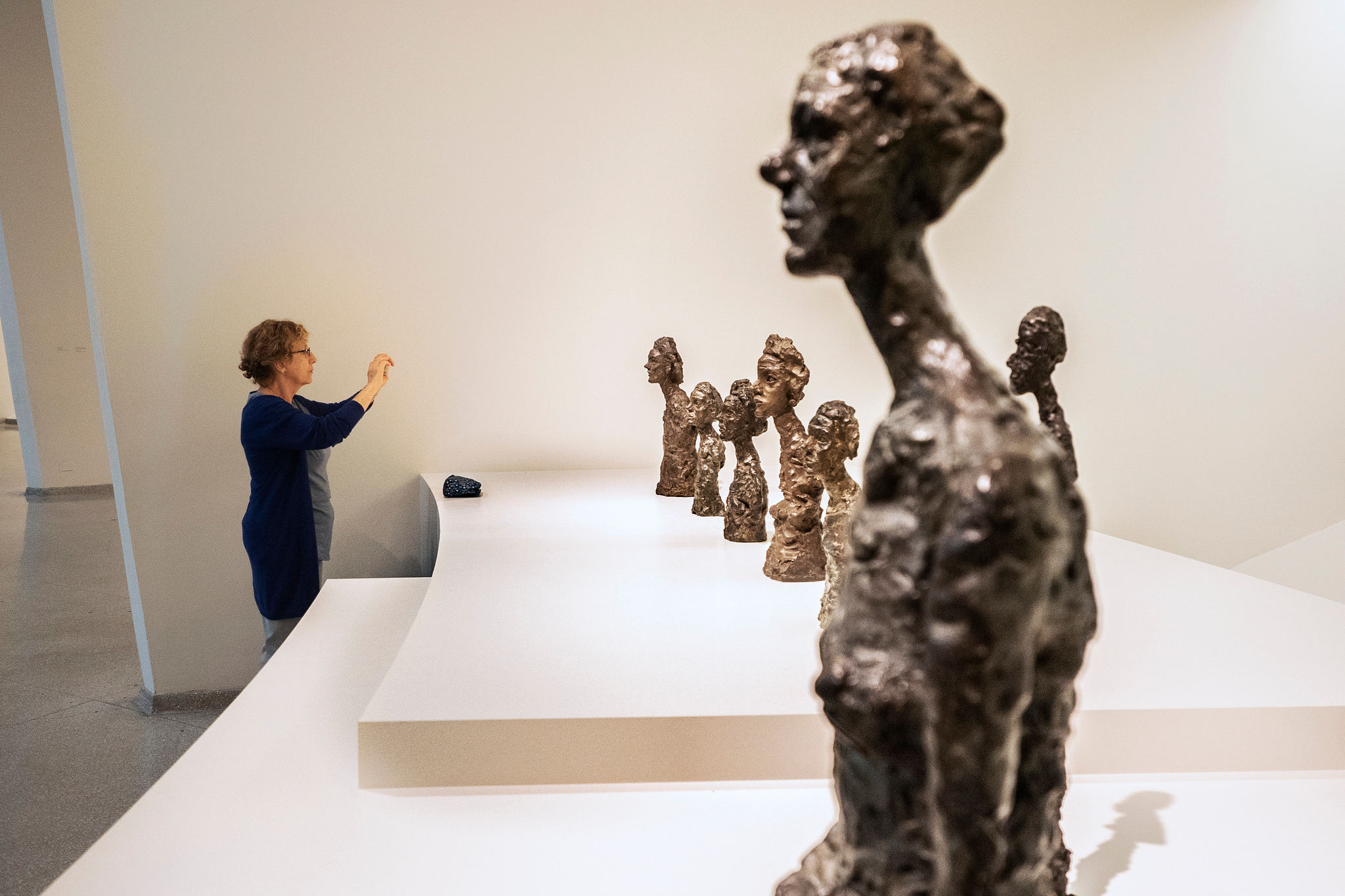 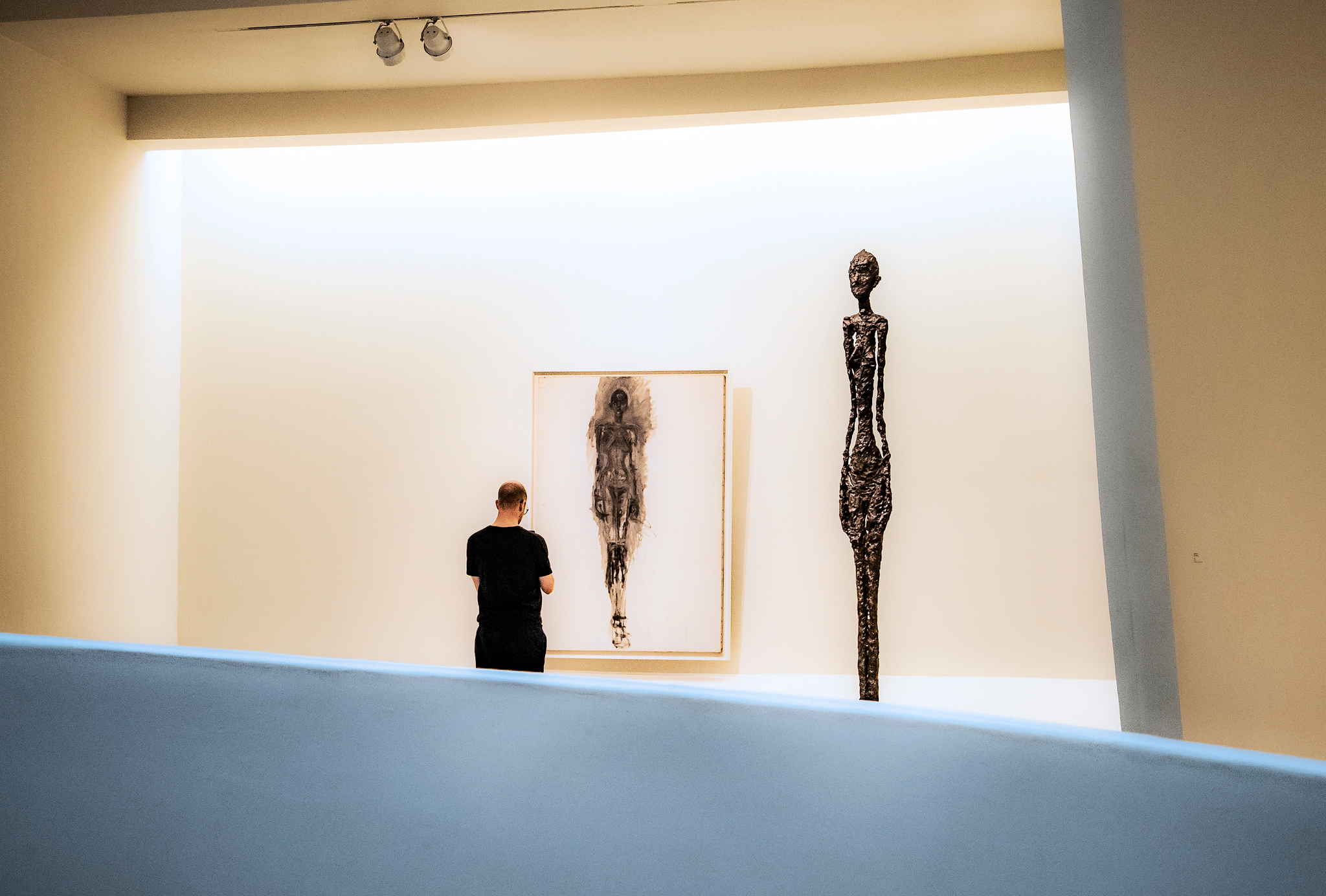 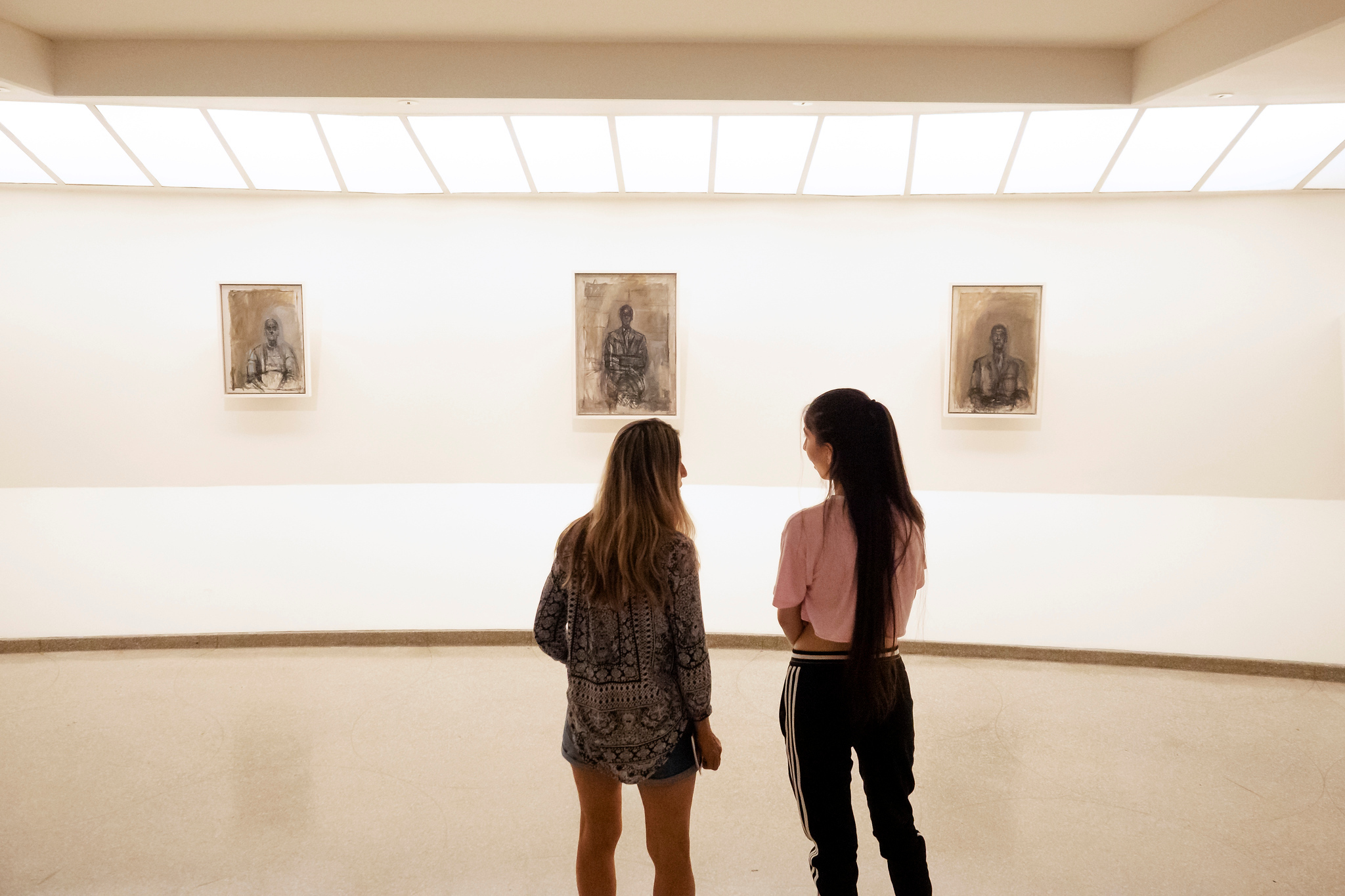 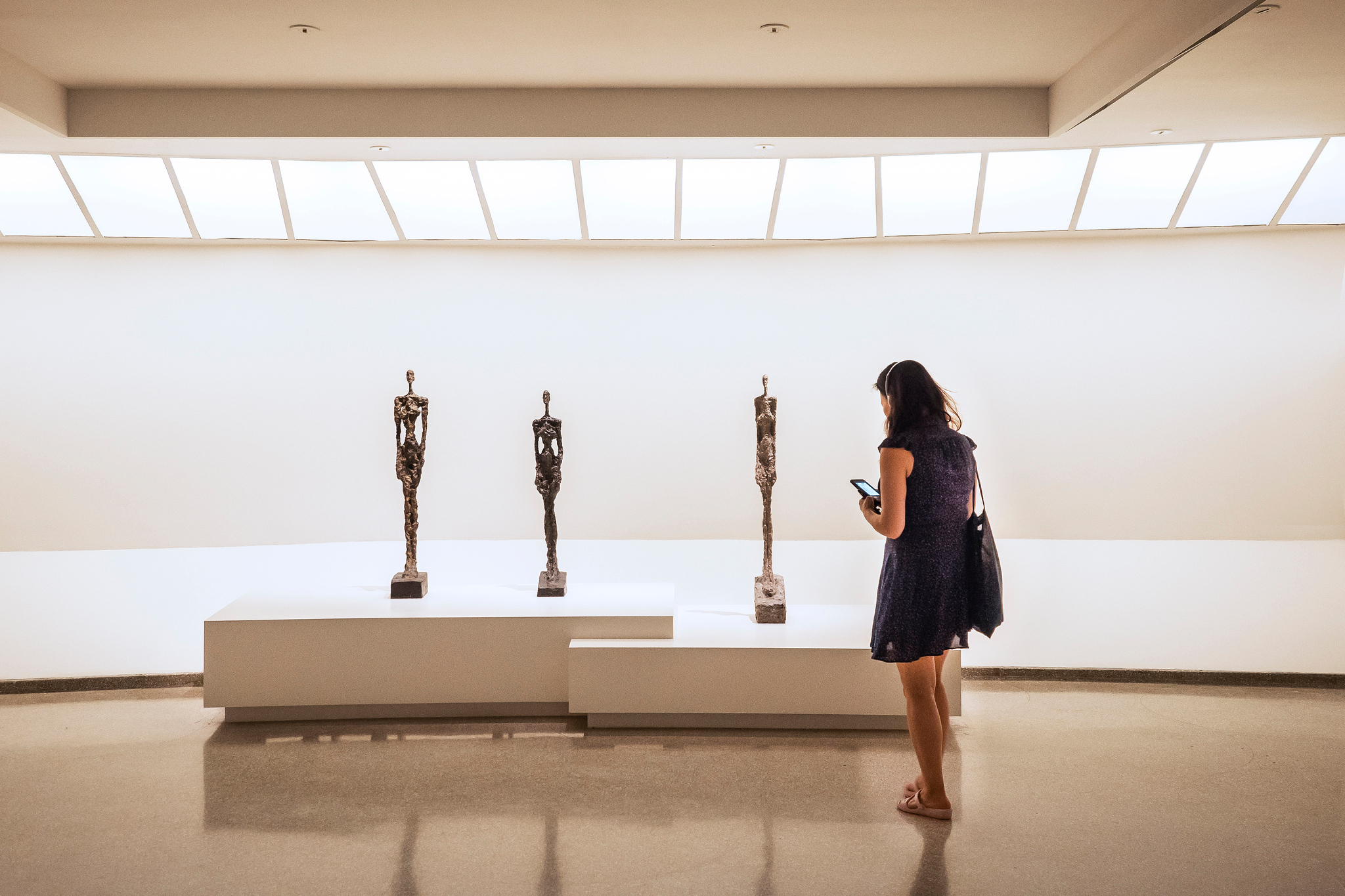 The works of Swiss sculptor and painter Alberto Giacometti dominated the museum as part of his exhibition, which runs through September 12. Giacometti was one of the most important sculptors of the 20th century. Philosophical questions about the human condition, as well as existential and phenomenological debates played a significant role in his work… 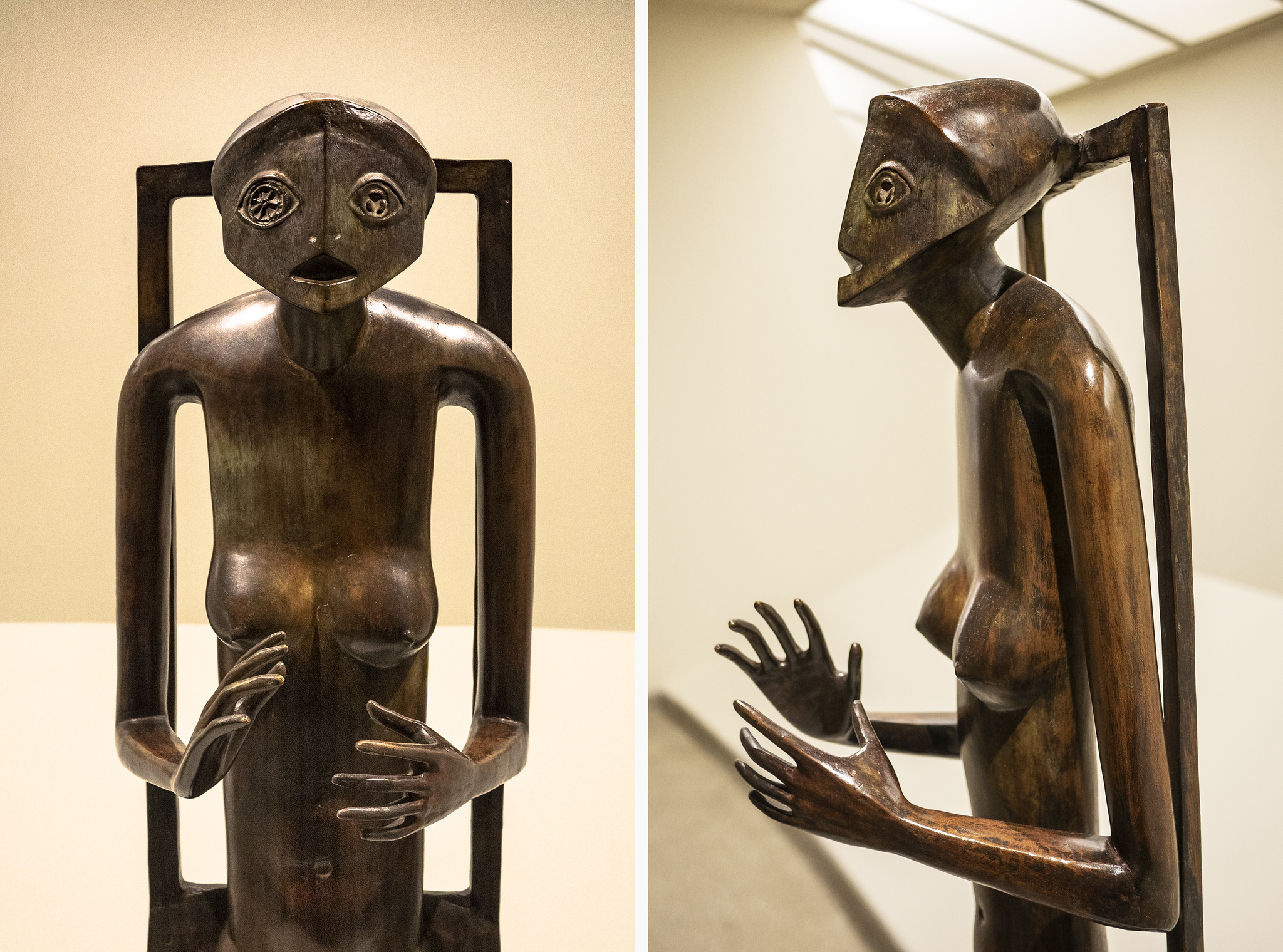 Plenty of work from the old masters in the museum’s Thannhauser Collection, including “Three Bathers (Trois baigneuses)” (1920) by famed Spanish artist Pablo Picasso 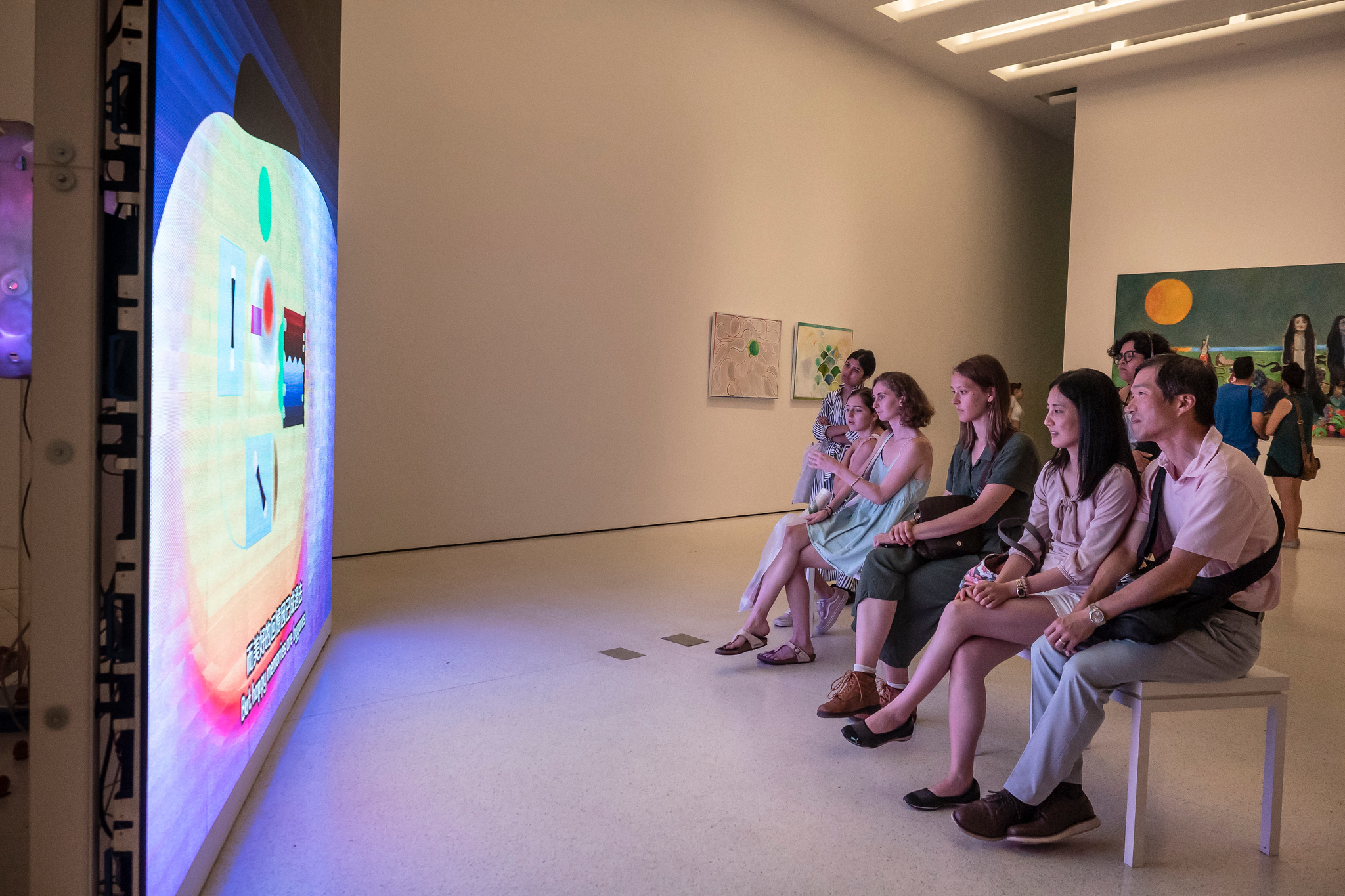 Viewers watching Chinese visual artist Wong Ping’s “Dear, can I give you a hand?,” a rather unsettling video about a sexually frustrated elderly man and his seductive daughter-in-law. Installation features custom-modified LED panels and numerous plastic wind-toys and is part of the “One Hand Clapping” exhibition that explores the ways in which globalization affects our understanding of the future. The commissioned works, by five different Chinese artists, represent a range of traditional and new mediums, from oil on canvas to virtual-reality software… 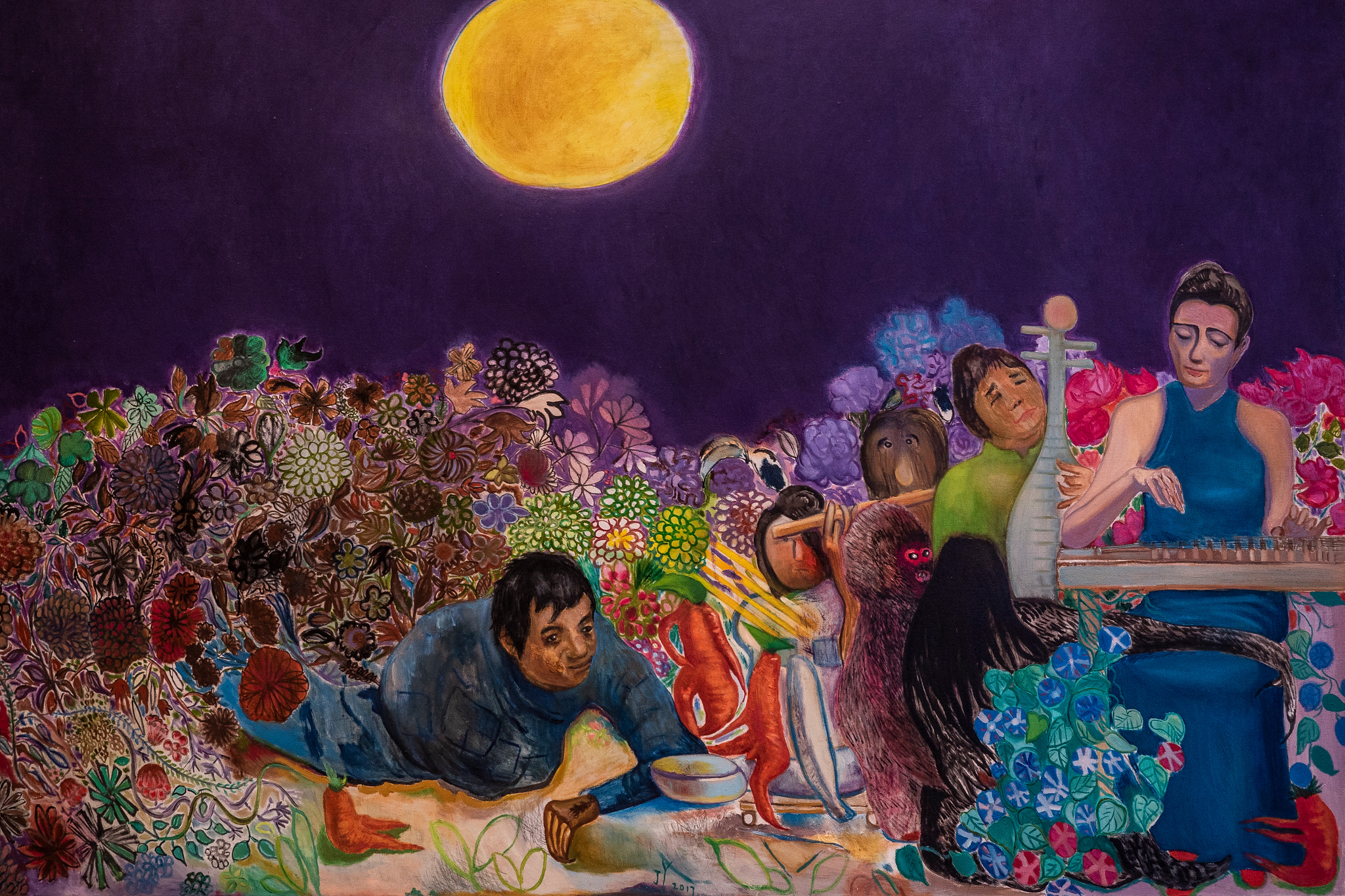 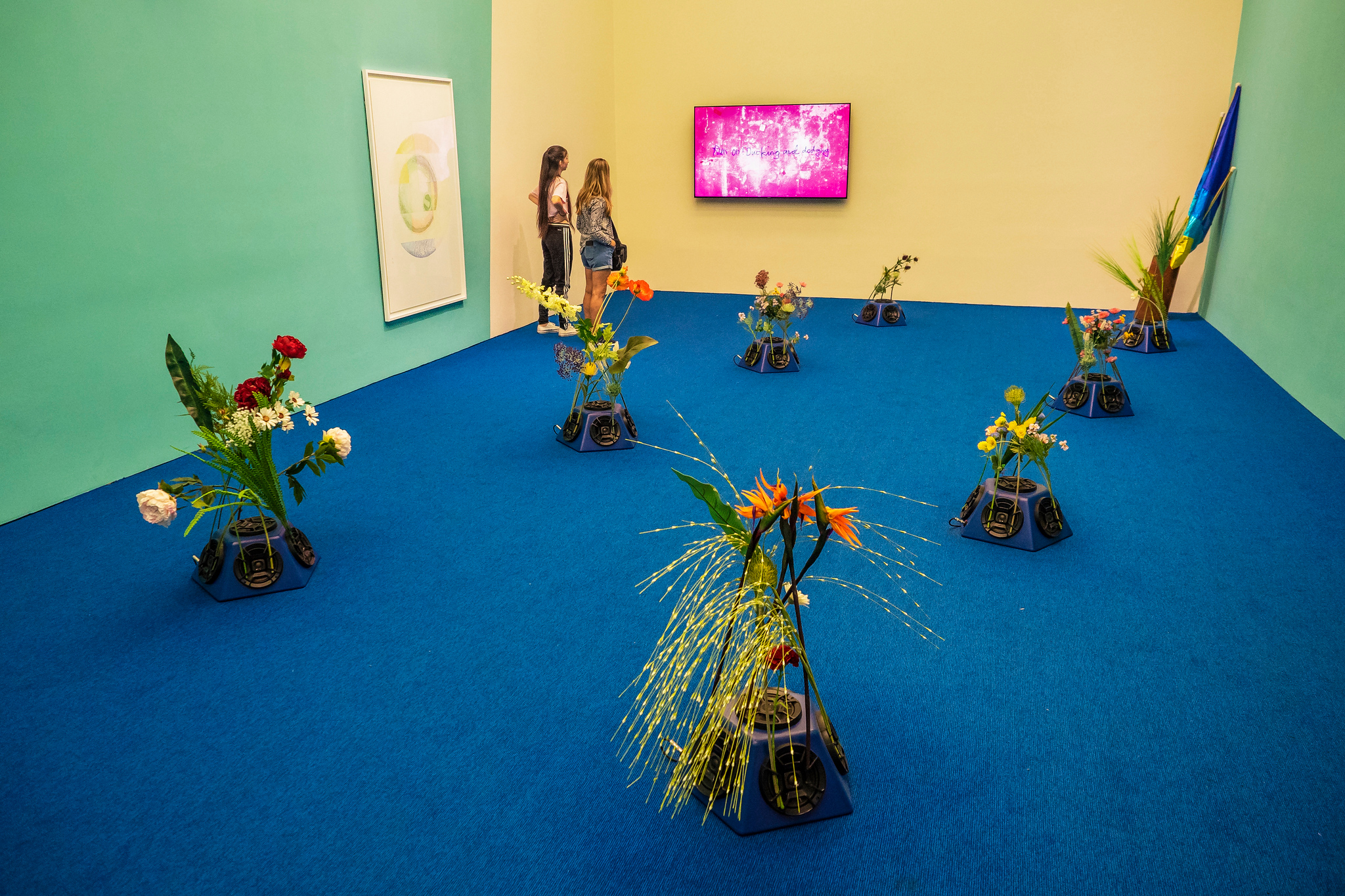 In “Possible Music #1” (2018) artist Samson Young turned to physical modeling, a practice in the field of computer science, to create a multilayered sound installation that interrogates our search for truth, and music’s unsung role in shaping humanity… 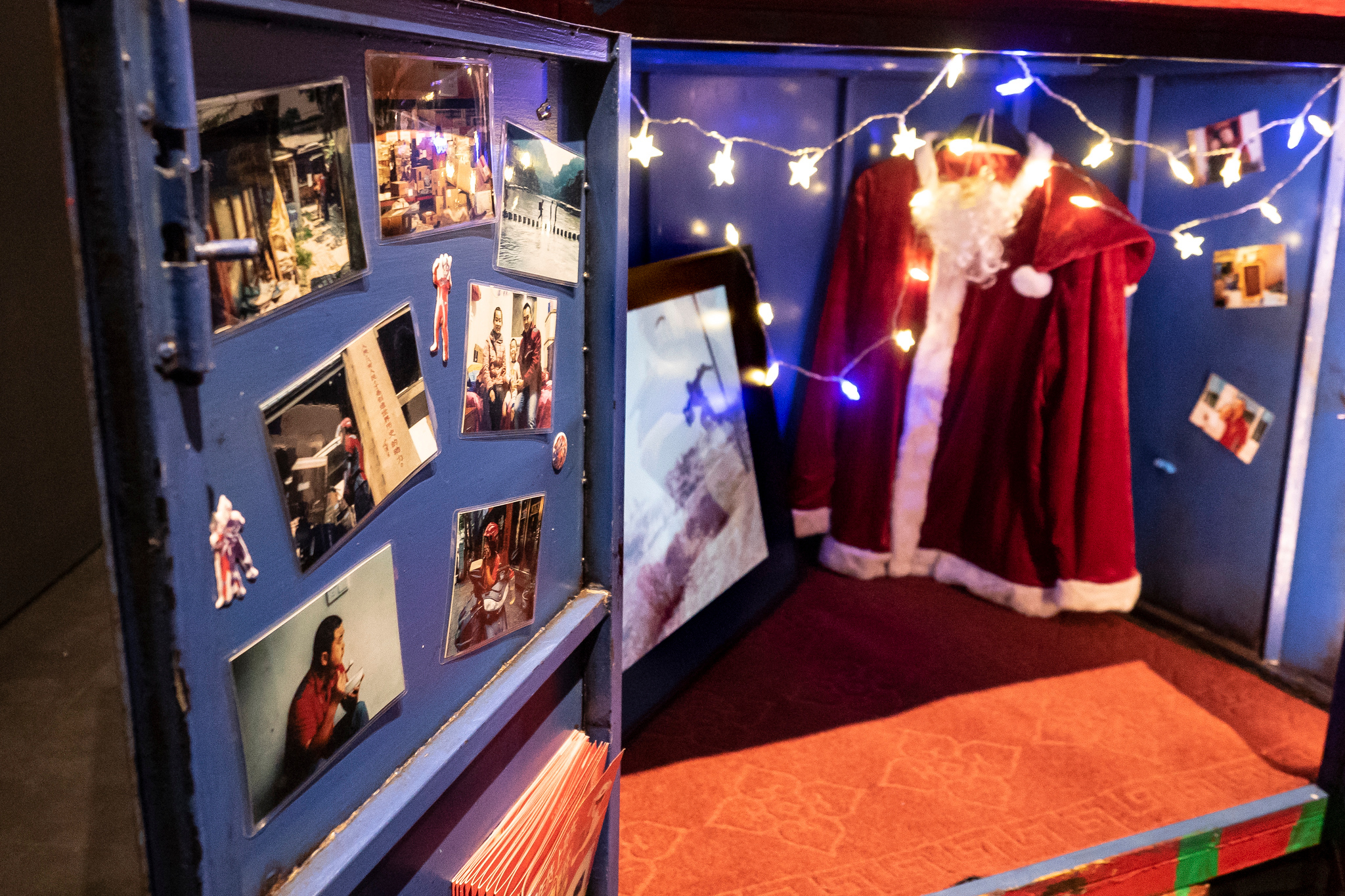 The museum is a piece of art in itself… 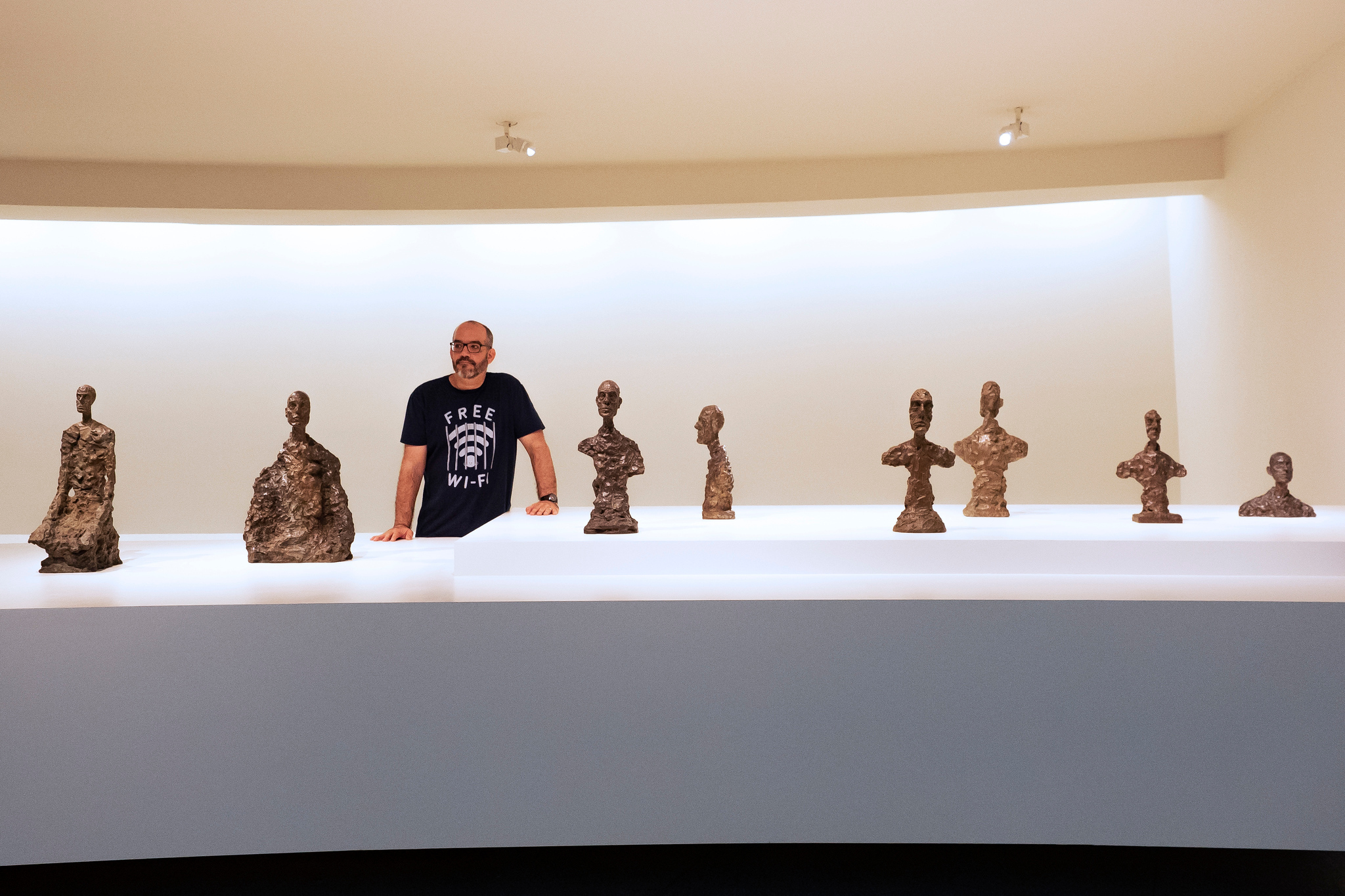 It was raining the day we visited so I wasn’t able to get a good shot of the outside of the building (which is also pretty remarkable) but our visit to this iconic New York City art museum was everything it was cracked up to be. So if you haven’t already OR if you happen to find yourself in New York City, make a few hours for the Guggenheim Museum – you’ll be glad you did…

Written By DanPerezPhotography On July 26, 2018