By now, some of you may know that my wife passed away this past September due to complications from surgery to remove a brain tumor. It’s been a tough few months for my daughter and I since then but we had a 20 year marriage filled with love and plenty of laughter. I was lucky to have had her for so long and anyone who knew her also felt lucky to know her, to call her a friend.

She had a great love for her father and visited him often in Puerto Rico where he lived. This past year, he was moved to a nursing home in Rincón, Puerto Rico. My wife went to see him this past summer and watching them together, I couldn’t help not grabbing my camera and snapping a few photographs of them together. The picture has become one of my favorites of her and so I submitted it to the Flickr “Your Best Shot” photography competition late last year. Never thought I had a chance to be a winner but the entry was free so what did I have to lose?

Well, when I received the email that my photograph was named one of the five winning photographs of the over 7000(!) photos submitted, I almost couldn’t believe it. Apparently, the seven judges must have seen what so many that knew her already knew – she was special. And her love for her father was special. That I was able to capture that moment was a blessing.

Here’s the photograph, it’s one that’s very dear to me being that it would be that last trip she’d ever make to see her father. And that I can honor her memory through this powerful medium of photography is a blessing. Thanks to the good folks at Flickr and the judges. This one beats all the other awards I’ve received… 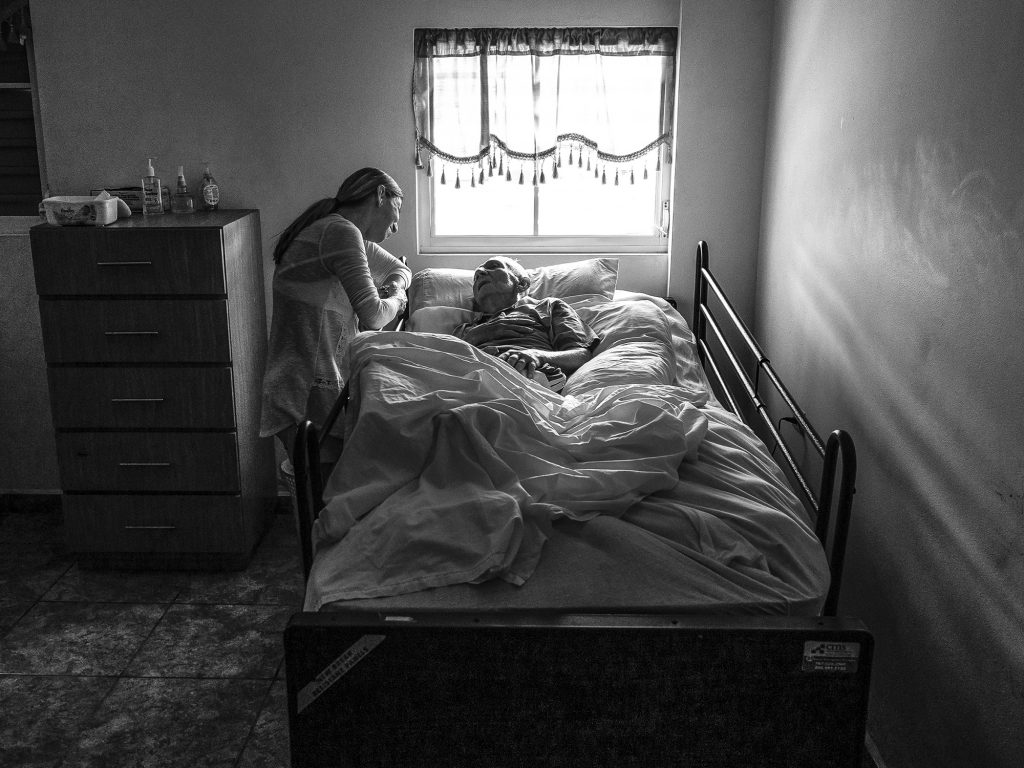 Written By DanPerezPhotography On January 30, 2019

Dan-I’m sorry for the loss of your beautiful wife. This photo brought tears to my eyes, indeed a perfect moment captured.

May you and your daughter shine in her light 💗

Rula, Thank you. Yes, it was a perfect capture that truly illustrated the kind of person she was. She had no idea I was even taking photos. Nice to hear from you – hope all is well in your world 🙂