June 17, 2019
SubscribeShareTweetShareShareShareSaveMail
#mc_embed_signup{background:#fff; clear:left; font:14px Helvetica,Arial,sans-serif; } /* Add your own Mailchimp form style overrides in your site stylesheet or in this style block. We recommend moving this block and the preceding CSS link to the HEAD of your HTML file. */

Last week, I shared the first of two sets of photographs that illustrate (or try to, anyway) what makes Mexico City’s gritty, chaotic and dynamic historic center such a special place to visit. The historic center of Mexico City (Centro Histórico de la Ciudad de México) is the central neighborhood in Mexico City and it extends in all directions for a number of blocks. It contains 9,000 buildings, 1,550 of which have been declared of historical importance. Most of these historic buildings were constructed between the 16th and 20th centuries. The Centro Histórico contains most of the city’s historic sites from both eras as well as a large number of museums. This has made it a UNESCO World Heritage Site.

So, I’m just gonna pick up where I left off last week and start at one of the most prominent cultural centers in Mexico City and home to the Ballet Folklórico de México…

The Palacio de Bellas Artes (Palace of Fine Arts) is a prominent cultural center in Mexico City. It has hosted some of the most notable events in music, dance, theatre, opera and literature and has held important exhibitions of painting, sculpture and photography. The initial design and construction was undertaken by Italian architect Adamo Boari in 1904, but construction was stopped completely by 1913 due to complications arising from the soft subsoil. Construction began again in 1932 under Mexican architect Federico Mariscal and was completed in 1934. The roof covering the center of the building is made of crystal designed by Hungarian artist Géza Maróti… The interior of the Palace is made up of Carrara marble, Marotti glass and an iron roof… 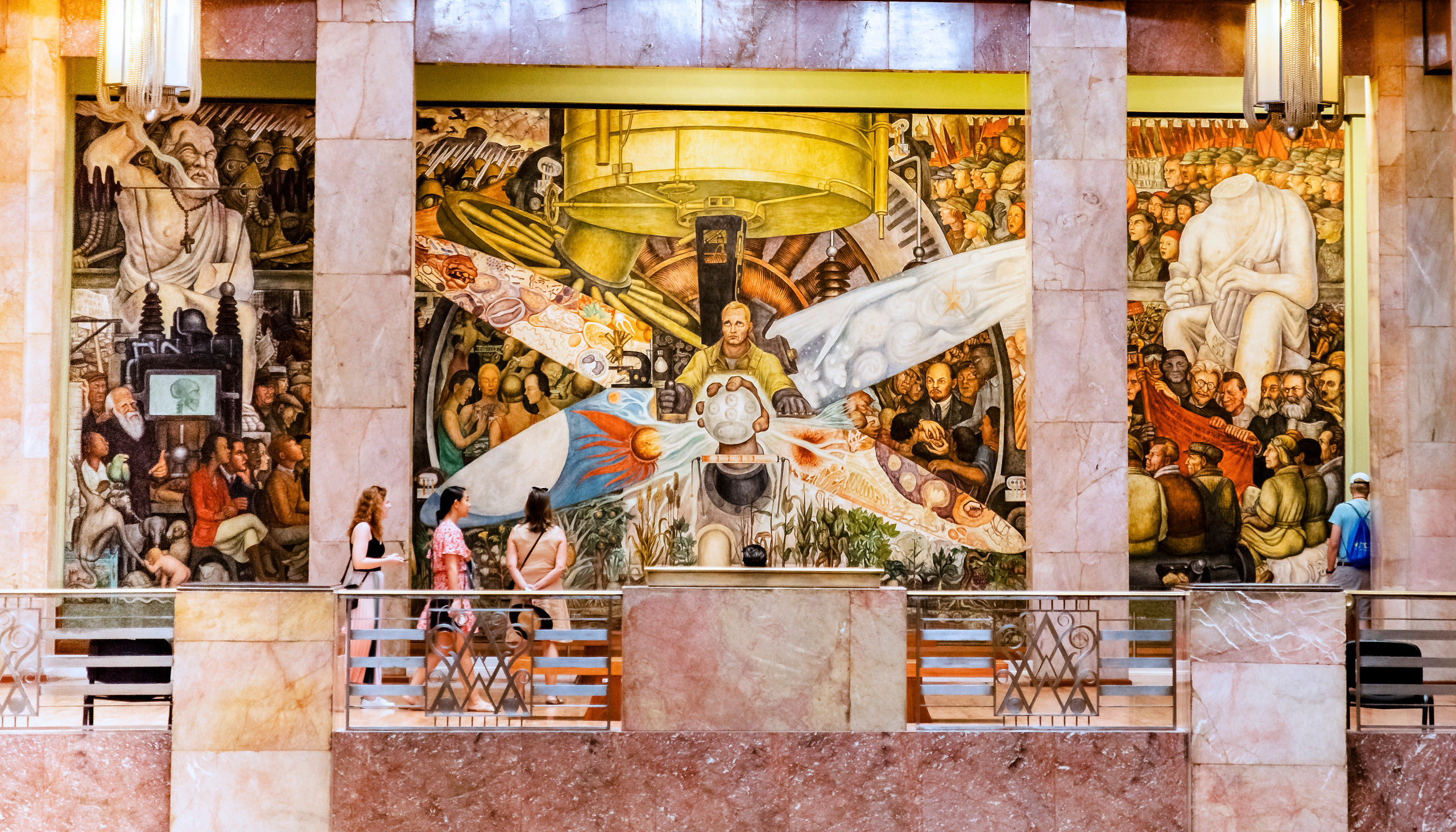 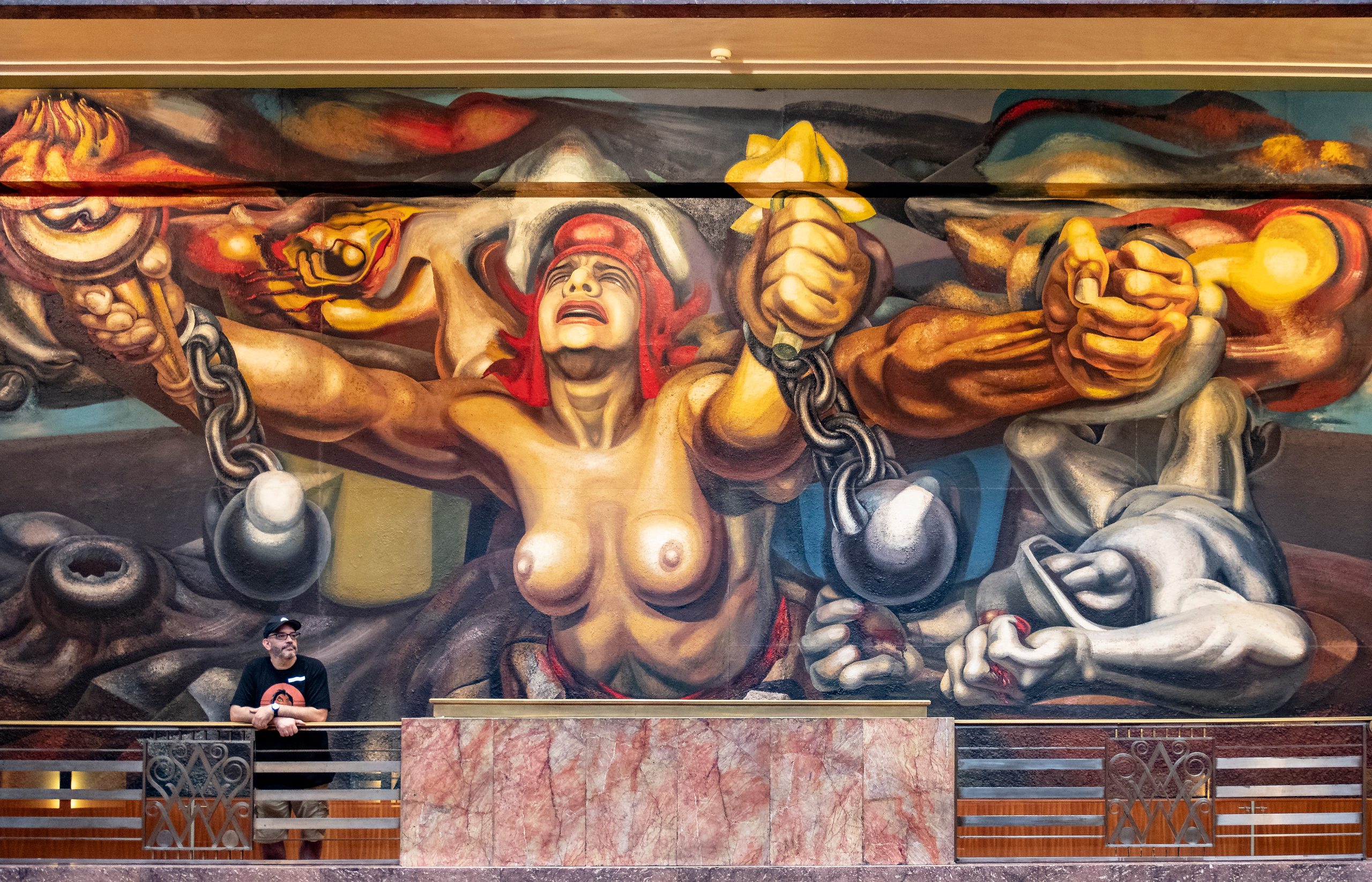 “Nueva democracia”, by controversial Mexican social realist painter David Alfaro Siqueiros, was alone worth the visit (and not for what might appear to be the obvious reason) 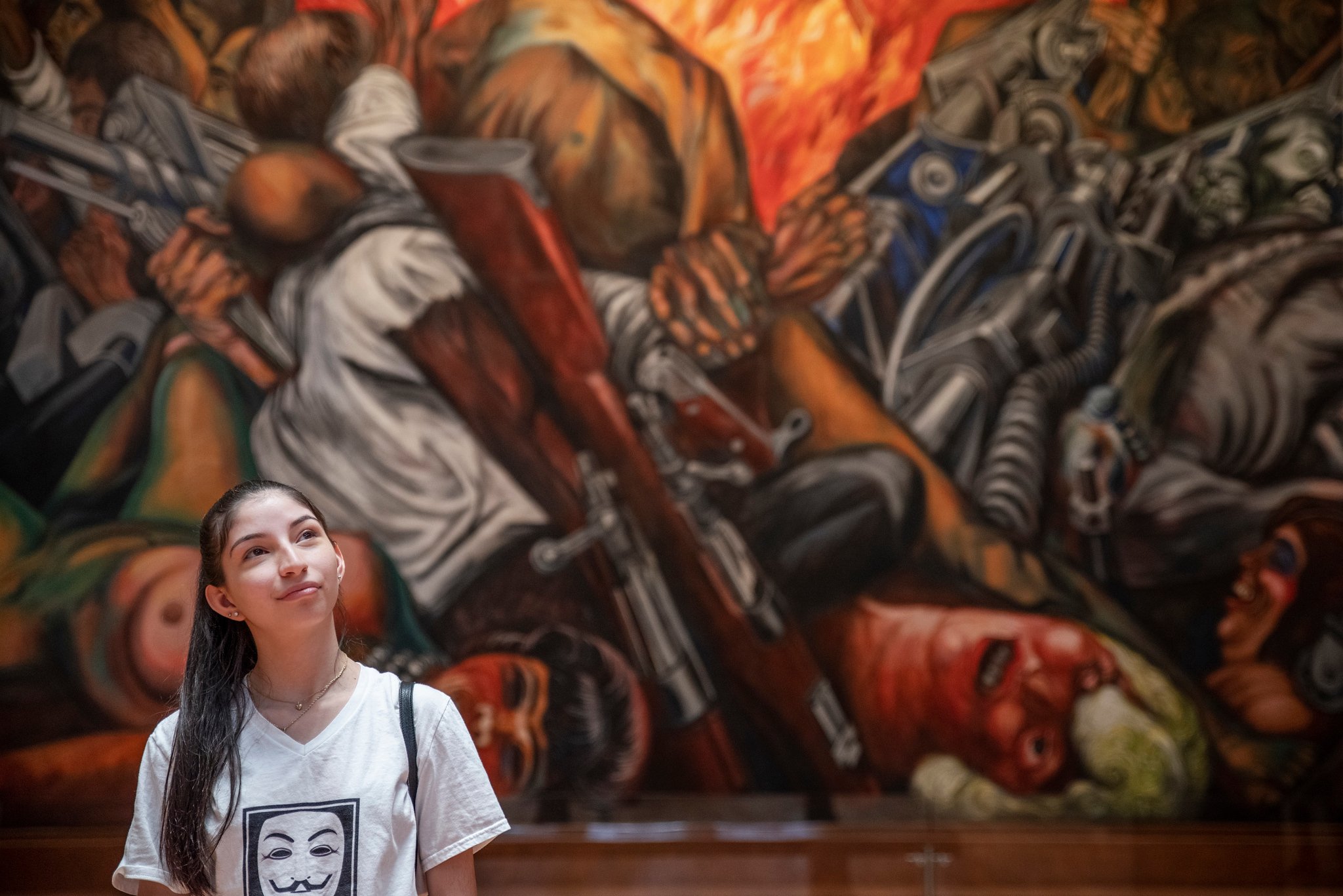 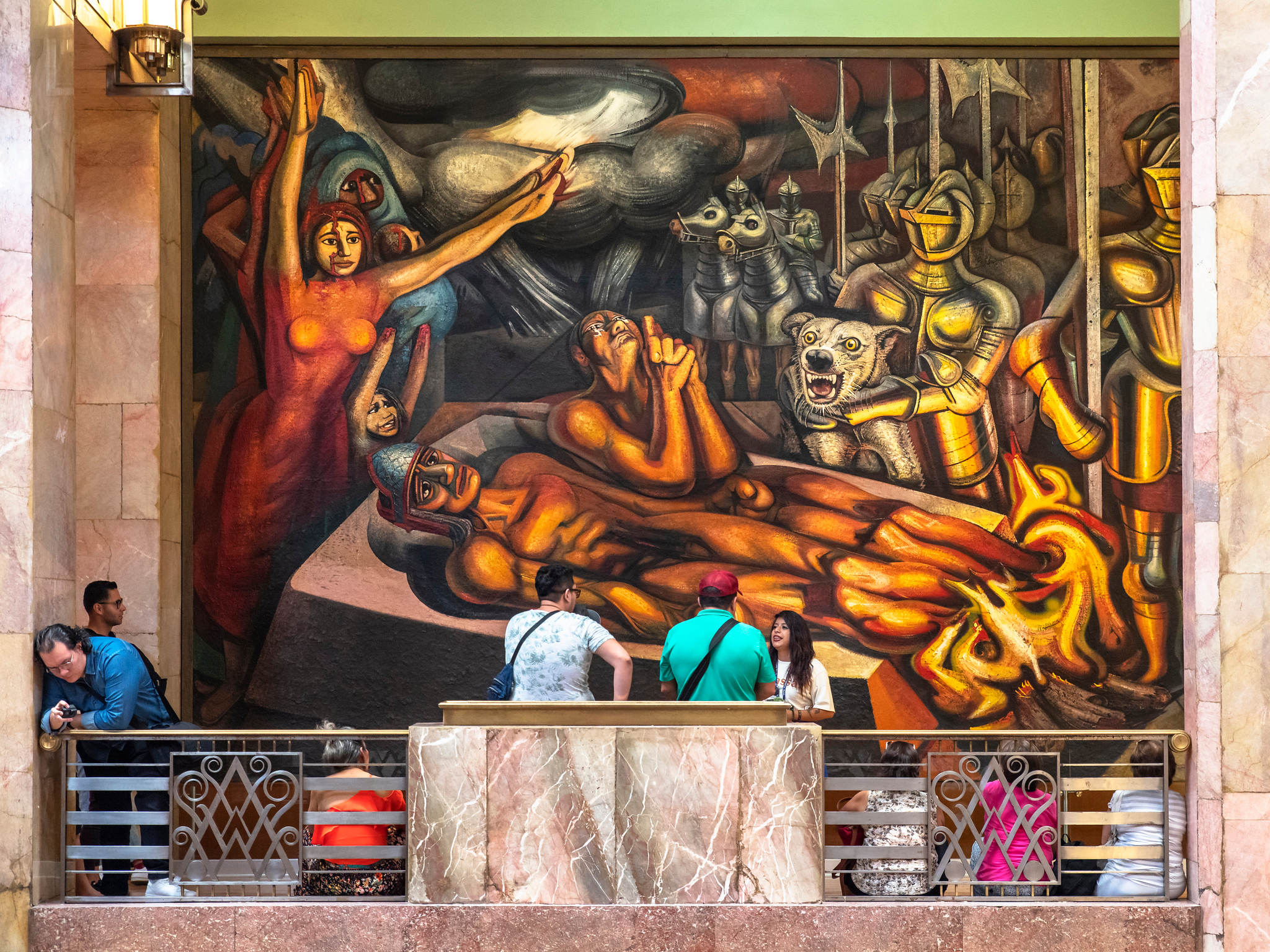 Outside the Palacio, an organ grinder clad in the traditional beige uniforms and a black kepi (cap with a flat circular top and a visor). They arrived in Mexico in the late 1800s from Europe. 130 years later they are still a common sight on the streets of Mexico City; earning an average of 200 pesos (US $10) a day. 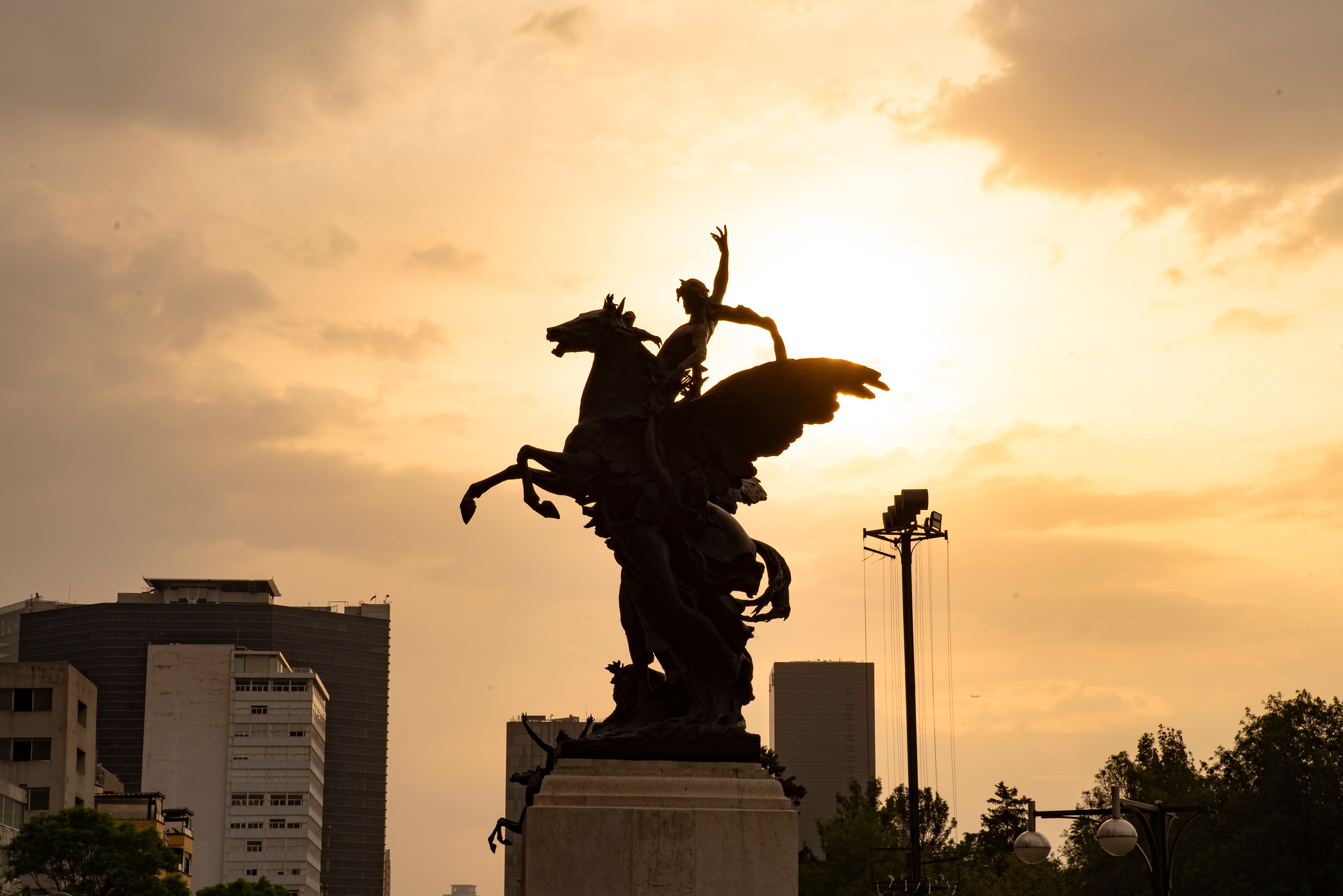 Adorning the outside of the Palacio, you’ll also find several Pegasus sculptures by Agustí Querol Subirats, a prominent Spanish sculptor 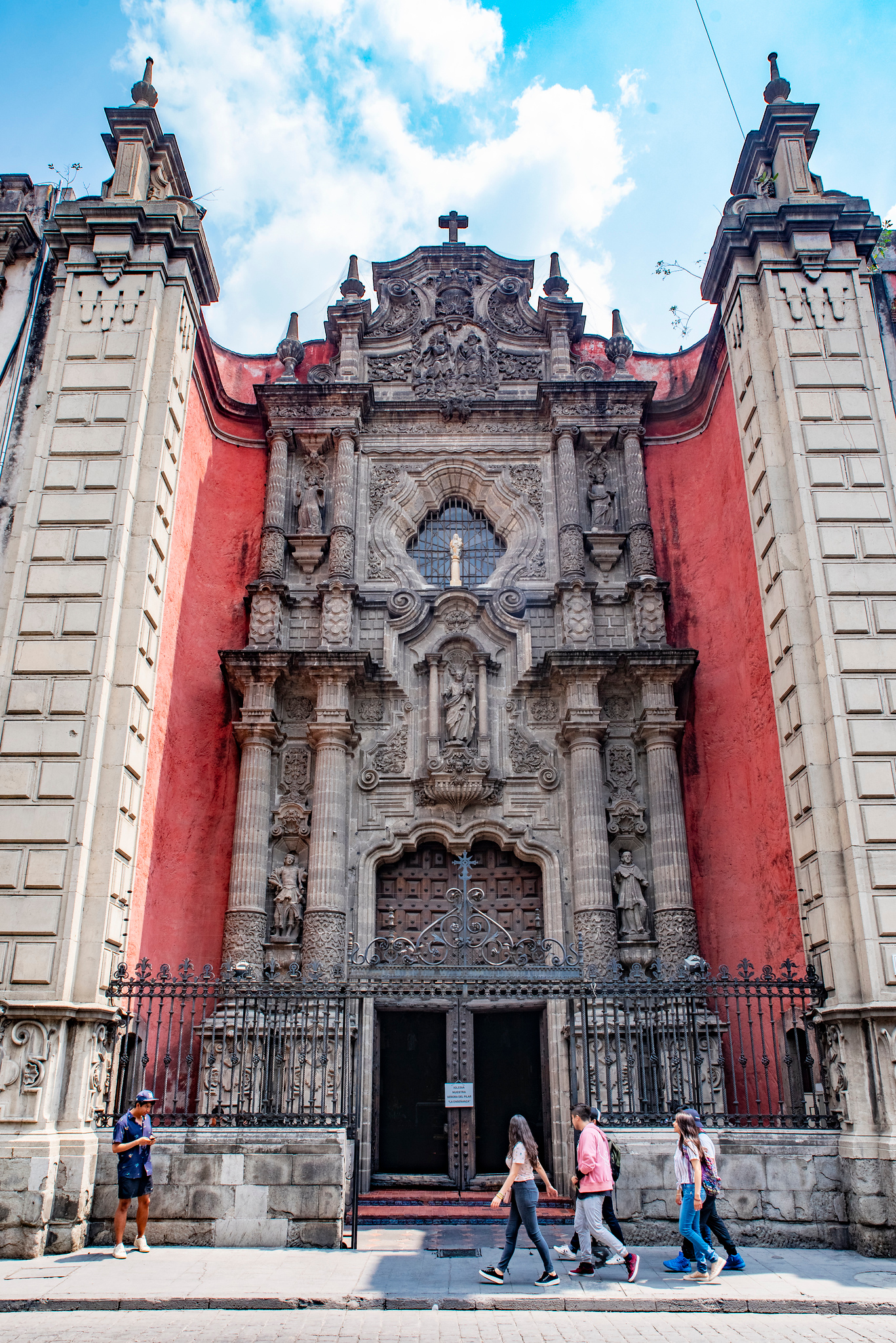 Just down the street from our hotel on Donceles Street stands the Iglesia de Nuestra Señora del Pilar, aka La Enseñanza Church, which was built between 1772 and 1778. The former convent was called El Convento de la Enseñanza La Antigua (The Old Convent of the Teaching), from which is derived the church’s popular name.

The Pyramid of the Sun and Pyramid of the Moon in the ancient city Teotihuacán, a vast Mexican archaeological complex about an hour northeast of Mexico City, are must-see attractions. See the full set of images HERE

The Museo de la Memoria y Tolerancia (Memory and Tolerance Museum) opened in 2010 to focus in the consequences of indifference, discrimination and violence. Through historical memory the rooms display a tour of the worst crimes committed by humanity against humanity because of religious, ethnic or other form of intolerance. Street scenes from a dynamic city that truly never sleeps. 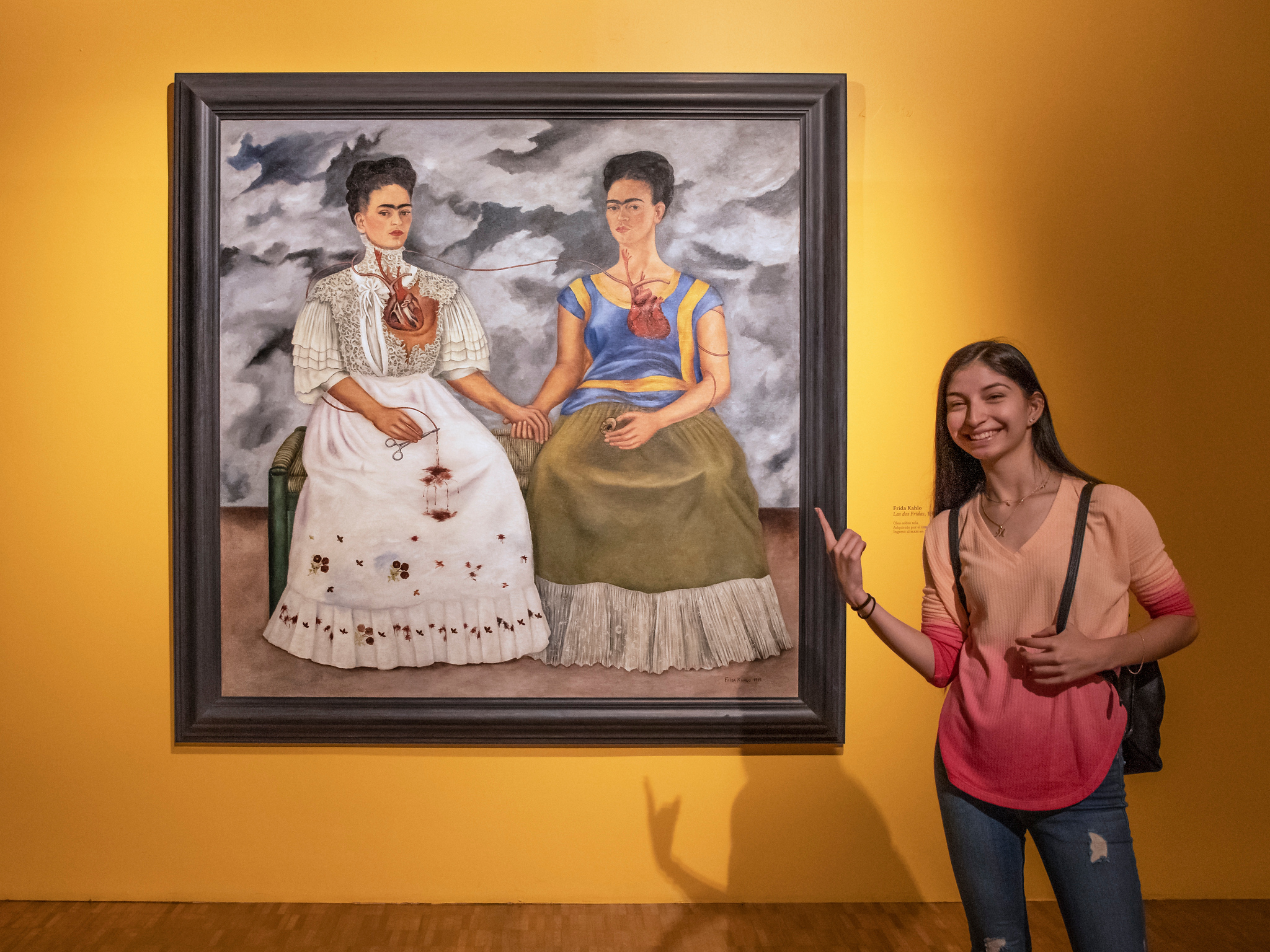 On our last day in Mexico City, we paid a visit to the Museo de Arte Moderno to sneak a peek at “The Two Fridas” (1939) by Mexican artist Frida Kahlo.

Mexico City has much to offer. So much so that we could have stayed five more days and still not seen all the sights this bustling city has to offer. Fortunately, I’ll be back in town in about five months to get my implant crowned (stay tuned!). As for the photographs, I’m just getting started – there’s many more to come from not only Mexico City but from the UNESCO World Heritage cities of Querétaro, San Miguel de Allende, and Guanajuato so SUBSCRIBE HERE to not be left sucking your toe (all the way to Mexico).

Written By DanPerezPhotography On June 17, 2019