So, I had one of my oldest friends visiting me here in South Florida for the wedding of his daughter this past weekend. We both grew up in the Bronx where graffiti was prevalent wherever you went. From tenement walls to building lobbies and elevators to public restrooms and just about every train you’d hop on – graffiti was everywhere. Was it a vibrant urban art form or senseless vandalism? There has always ben two sides to the debate.

The first drawings on walls, however, appeared in caves thousands of years ago [1]. Later the Ancient Romans and Greeks wrote their names and protest poems on buildings. Modern graffiti seems to have appeared in Philadelphia in the early 1960s with Darryl “Cornbread” McCray [2], now widely considered the world’s first modern graffiti artist, a troubled 12-year-old housed at Philadelphia’s Youth Development Center. Rather than take part in the drug use and violence that ran rampant at the YDC, Cornbread passed the time by adding his unique signature to the facility’s walls, which, until then, had been covered exclusively in gang names and symbols.

In New York City, Taki 183, a teenager from Washington Heights, created his now-iconic tag in 1969 by combining “Taki,” a diminutive form of his Greek name, Demetrius, and “183,” his street number. Using magic markers and spray cans, Taki tagged walls, lampposts, hydrants, and subway cars across New York City, carefully choosing the spots he thought were most likely to be noticed. Taki would inspire a generation of writers from across the city, just as Cornbread had in Philadelphia. By the mid-1970’s, tags were going up on walls across New York City and subway cars surfaced each morning covered in elaborate new pieces.

This new “art form” became a political target. New York City mayors John Lindsay and Edward Koch vowed to crack down on what they saw as a symptom of a larger “urban problem” in the city. Decades later, the debate over whether graffiti is art or vandalism is still going on. Which brings me to Miami’s newest museum, the Museum of Graffiti, the world’s first museum dedicated to the history of graffiti art.

The for-profit museum, which opened in December of 2019, is located in the heart of Wynwood. What was once a sleepy industrial neighborhood, Wynwood was transformed by graffiti artists into the largest open-air gallery in the world. Despite being a global arts destination, the Museum of Graffiti is Wynwood’s very first museum. [3] Tracing the history of the medium from the late ’60s onward, the museum makes a strong case for street art as a serious art form, and its displays are detailed, insightful, and entertaining.

It is inside this very museum that my old friend Jose and I found ourselves this past Monday afternoon, his last day in South Florida before returning home to NYC. I was packing my Sony A7III and a brand new Samyang AF 14mm 2.8 lens that I had just received earlier that day so heading down to Wynwood seemed like a good way to try it out.

The museum is a bit pricey ($16 but children under 13 free) for what is a rather small museum but we found it quite enjoyable. It takes about an hour to peruse the museum’s offerings and photography is permitted. I snapped a few photographs (all with the Samyang 14mm) that illustrate why this new museum is well worth a visit. Enjoy… Wall of photographs by Martha Cooper, an American photojournalist best known for documenting the New York City graffiti scene of the 1970s and 1980s 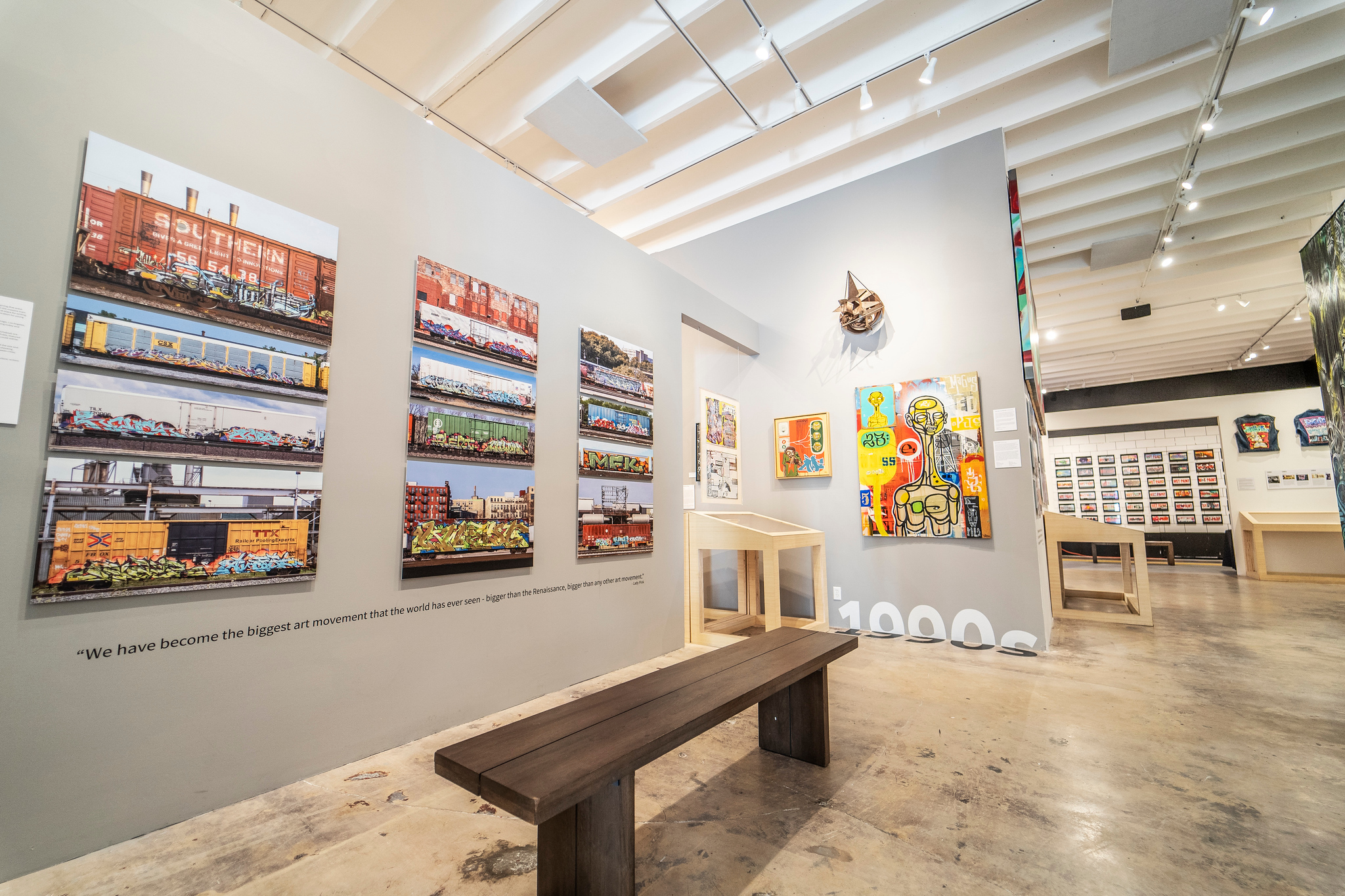 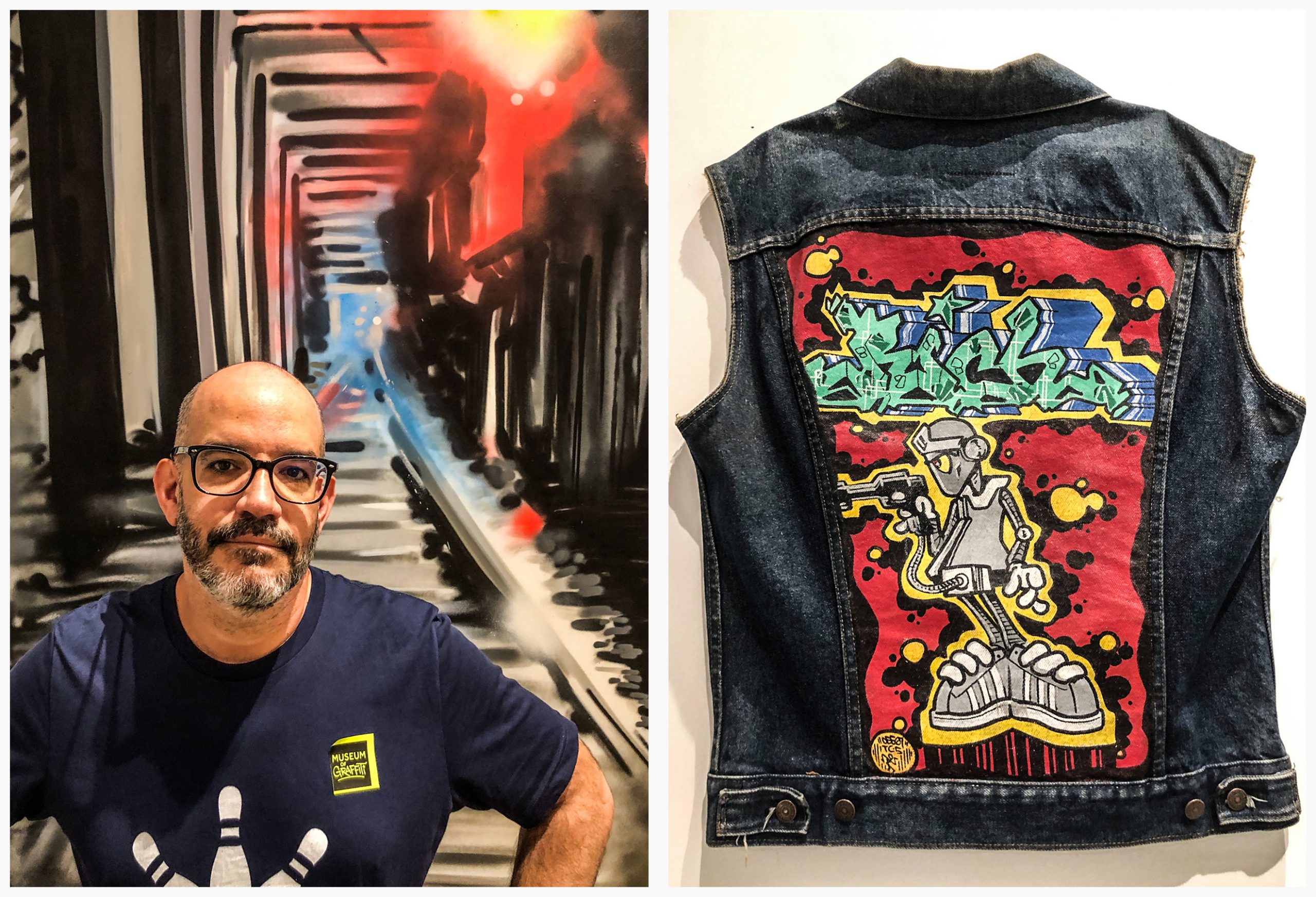 A couple of photographs taken with my iPhone 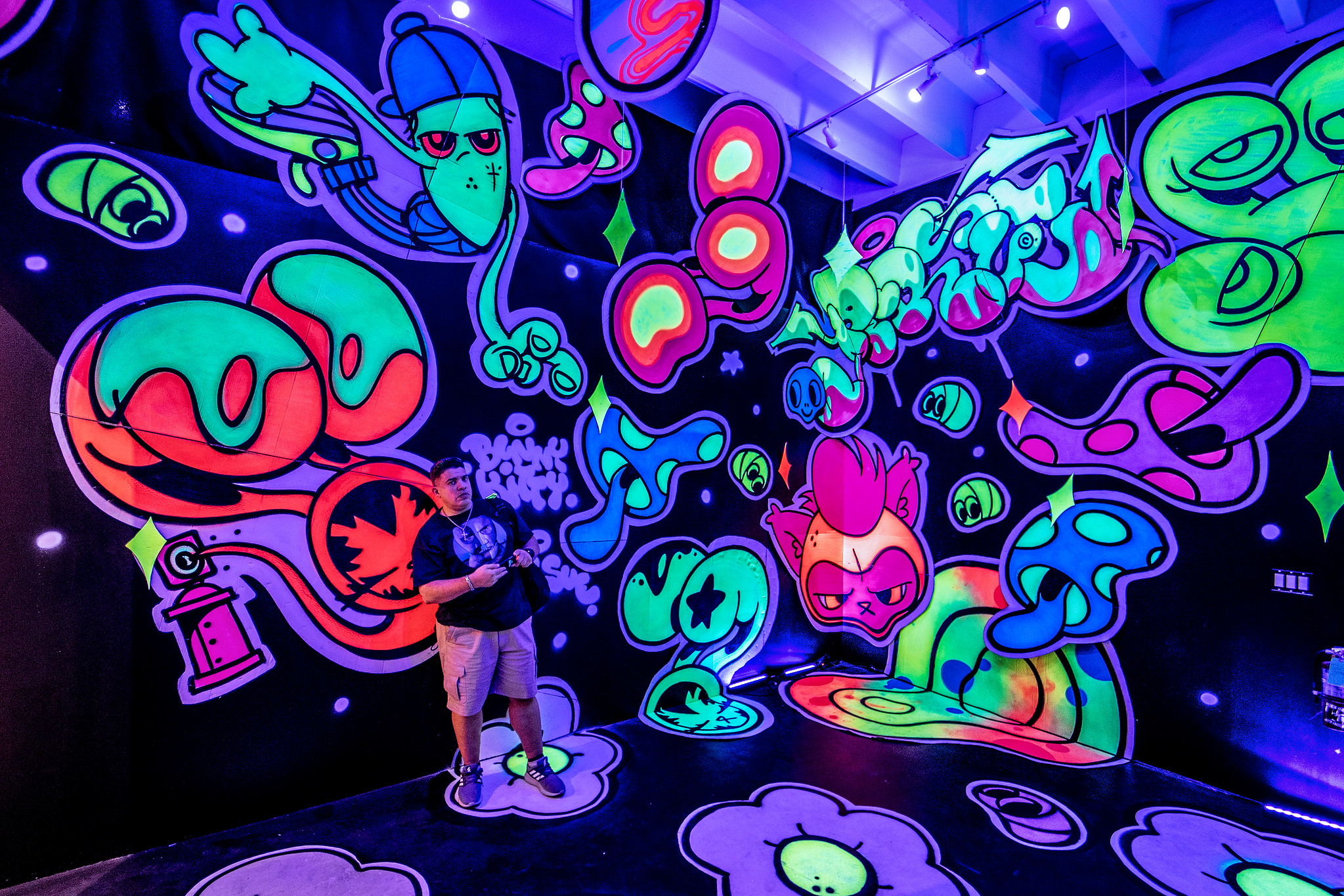 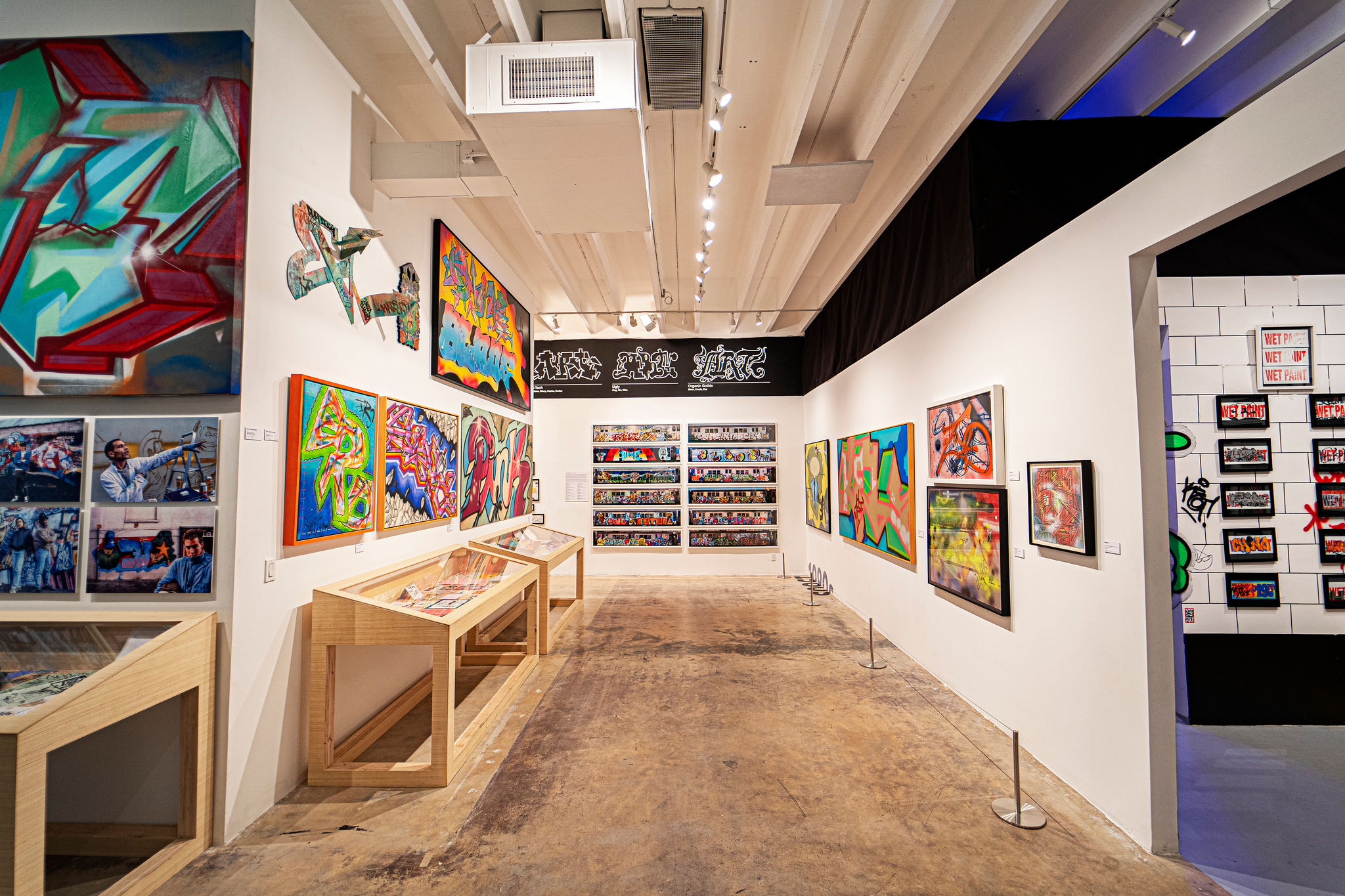 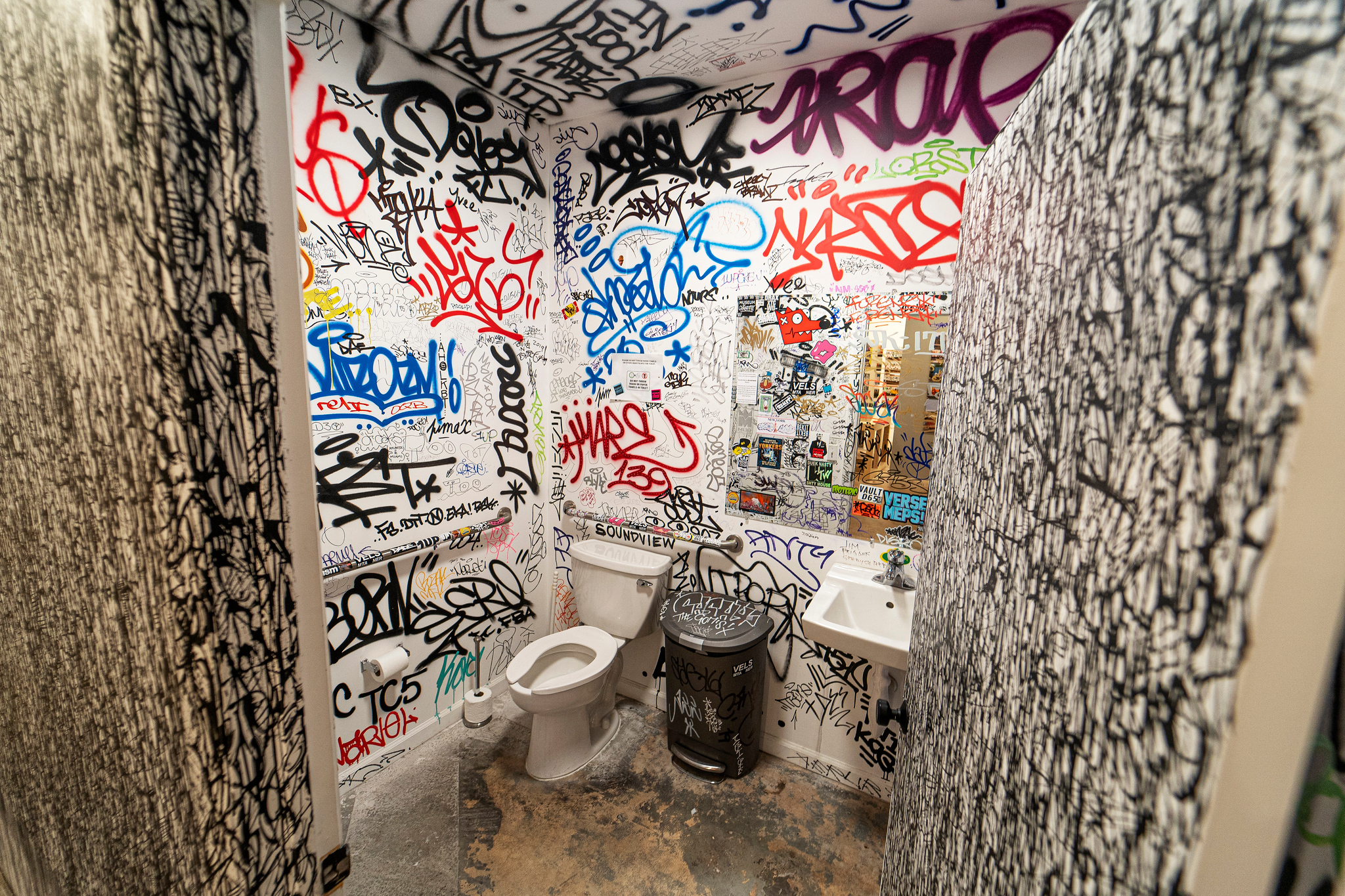 Restroom was as I would have expected… 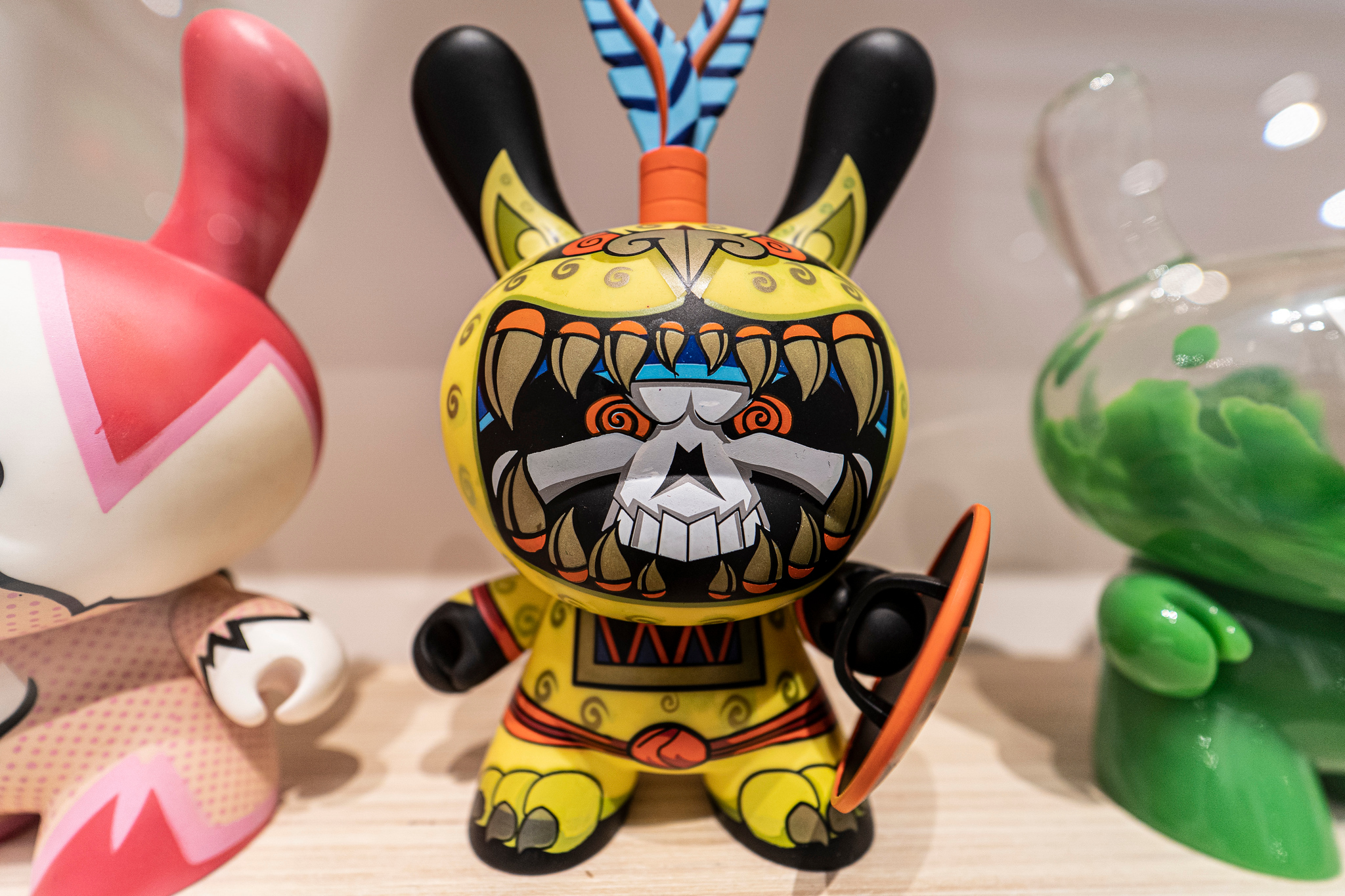 The Museum of Graffiti is located on the corner of NW 25th St and 3rd Avenue in Miami and is open every day except Tuesdays from 11am-7pm. It’s a nice way to spend an hour should you find yourself in Wynwood. Check it out…

Written By DanPerezPhotography On February 26, 2020

Thanks Dan. Your bright photos and wonderful commentary makes me want to visit the museum the next time I’m in Miami.

Thanks, Linda – it’s definitely worth a visit 🙂

Hi Dan, Thanks for sharing! Definitely check out Wynwood on our next visit to Miami.