Continuing my series of photographs from our trip to Guadalajara earlier this year (scroll down to see the posts you might have missed), today’s post takes a look at the Teatro Degollado, a monument of Guadalajara’s culture renowned for its diverse performances and artistic neoclassical design. But first, a bit of history…

Despite the bloodshed and political instability brought on by the Mexican War of Independence, the 19th century was a period of economic, technological and social growth for the city of Guadalajara. In 1855, the idea of having a theater in Guadalajara that would prove worthy of the citizens of the state of Jalisco became fashionable. Governor Santos Degollado issued a decree for its construction in 1855 and architect Jacobo Gálvez, who designed and developed the project, placed the first stone in 1856. The original plan was to name the theater “Alarcón” after Juan Ruiz de Alarcón y Mendoza, the most notable Mexican playwright of the three-century colonial era.

Due to a three-year war in Mexico, and a change of government during the dispute, the completion of the project was slow and after the death of ex-governor General Degollado (killed in a battle on June 16, 1861), it was decreed that the building be renamed in his honor. The Teatro Degollado’s official opening 10 years later featured the soprano Angela Peralta, known worldwide as the “Mexican Nightingale,” in the opera Lucia di Lammermoor by Gaetano Donizetti.

Today, the Teatro Degollado is a home to the Filarmónica de Jalisco, which has been conducted by notable composers such as Enrique Bátiz, Neeme Järvi, Plácido Domingo, Mu-Hai Tang, Claudio Abbado, Antal Doráti, Eduardo Mata and Charles Dutoit. The theater is also home to cultural festivals, performances of live theatre, opera and dance.

My daughter and I paid a visit to this historic theater, which was about a two minute walk from the Hotel de Mendoza where we stayed during our time in Guadalajara. Enjoy the photographs…

View of the Teatro Degollado from Plaza de la Liberación, the largest plaza in Guadalajara… 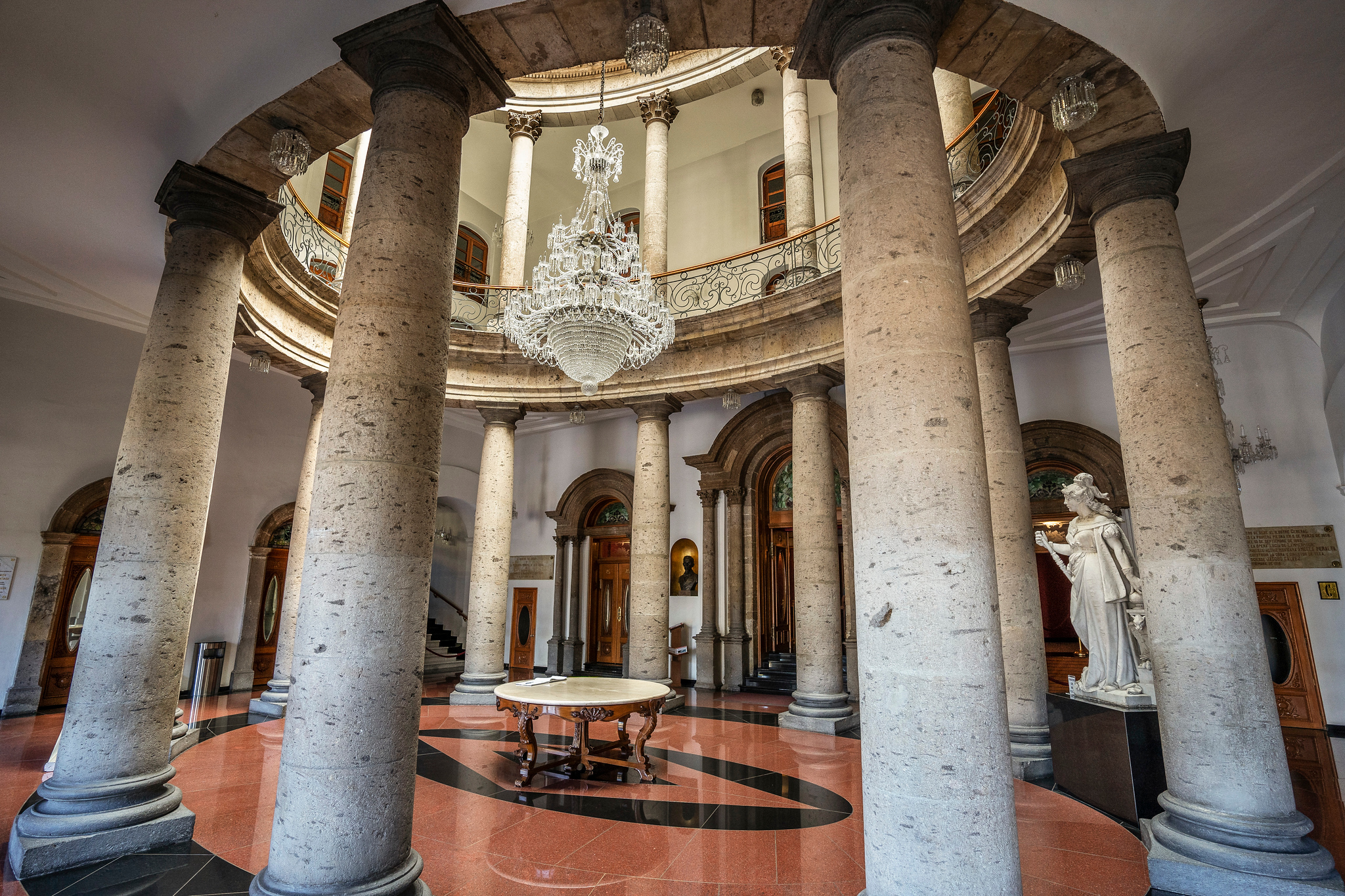 Inside the main lobby you’ll find “The Goddess of Fortune”, a sculpture originally carved in Carrara marble between 1870 and 1880 by the Italian artist Carlo Nicoli. It was restored in February 2007 by the Architect Hugo Andres Testolini Deza. 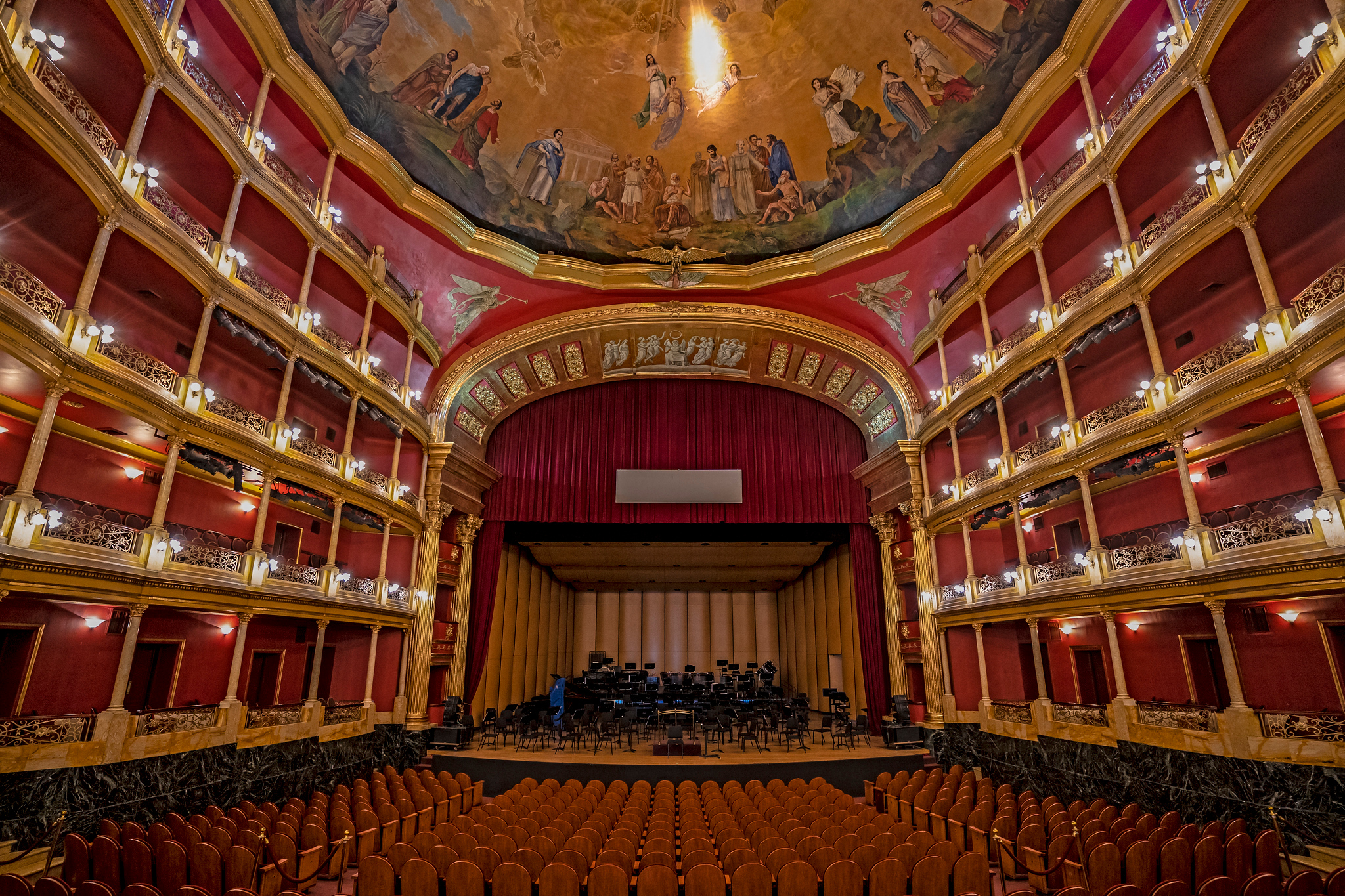 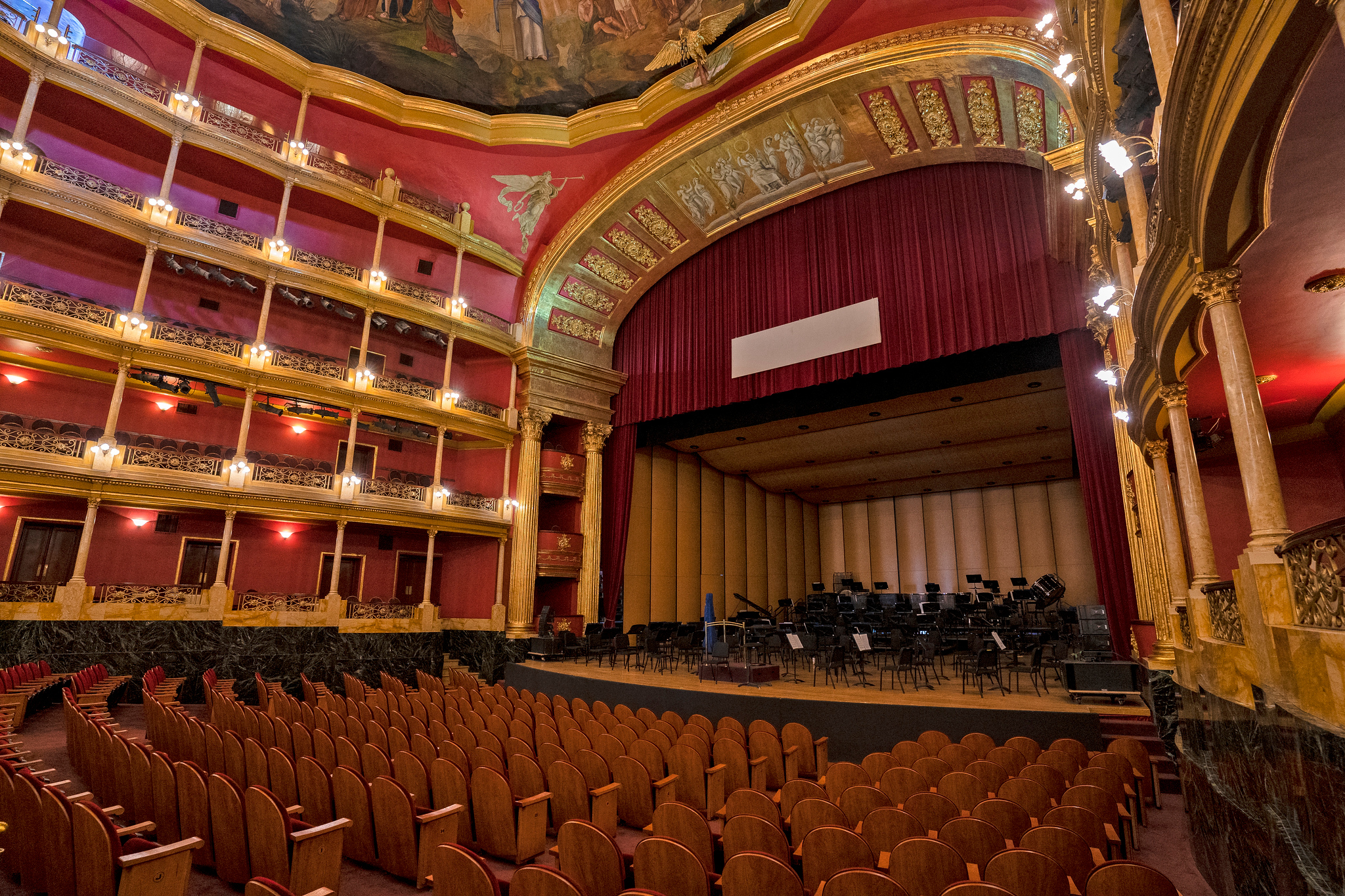 Inside the Teatro Degollado’s main auditorium, which is very similar in design to the Teatro Della Scala in Milan (or so I’ve been told!)

A mural by Jalisco painters Jacobo Galvez, Gerardo Suarez and Carlos Villaseñor graces the ceiling, representing the fourth Circle of Dante’s Divine Comedy. It’s an absolutely lovely theater and well worth a visit should you find yourself in Guadalajara (and why shouldn’t you?). Only wish we had caught a show there during our visit – next time…

There’s more to come from our trip to Guadalajara so do what all the cool kids have already done, SUBSCRIBE HERE so you won’t miss upcoming photographs from not only Guadalajara but Lake Chapala (Mexico’s largest freshwater lake), the arts and shopping village of Tlaquepaque and Los Guachimontones, a UNESCO World Heritage site an hour’s drive from Guadalajara.

Learn more about visiting the vibrant city of Guadalajara at www.visitmexico.com

All photographs taken with the Sony A7III using the Tamron 17-28 f/2.8 lens. A terrific lens at a great price.

Check out these additional photography posts from my recent trip to Guadalajara:

Written By DanPerezPhotography On March 10, 2020