First of all, I’m hoping anyone viewing this post is managing to keep their health (and sanity!) above sea level as we all deal with this crazy Coronavirus pandemic. We’re gonna get through this, my friends. Secondly, I want to remind you all that we will one day travel again. You know, get on a plane and fly somewhere far away? That. So, allow me to continue with my series of images from our trip to Guadalajara back in January BC (Before Covid).

Today, I’m taking you inside the Templo Expiatorio del Santísimo Sacramento in Guadalajara, one of the finest examples of Neo-Gothic architecture in all of Mexico. Italian architect Adamo Boari (who was also the architect of the Palacio de Bellas Artes and the Palacio de Correos de Mexico in Mexico City) provided the initial design and began the project in 1897. Work on the temple was suspended during the Mexican Revolution due to religious persecution and an economic crisis that the country faced as a result of the conflict. Completion of the church ultimately fell on Mexican architect Ignacio Díaz Morales. The church was finally completed in 1972, seventy-five years(!) after the first stone was laid. 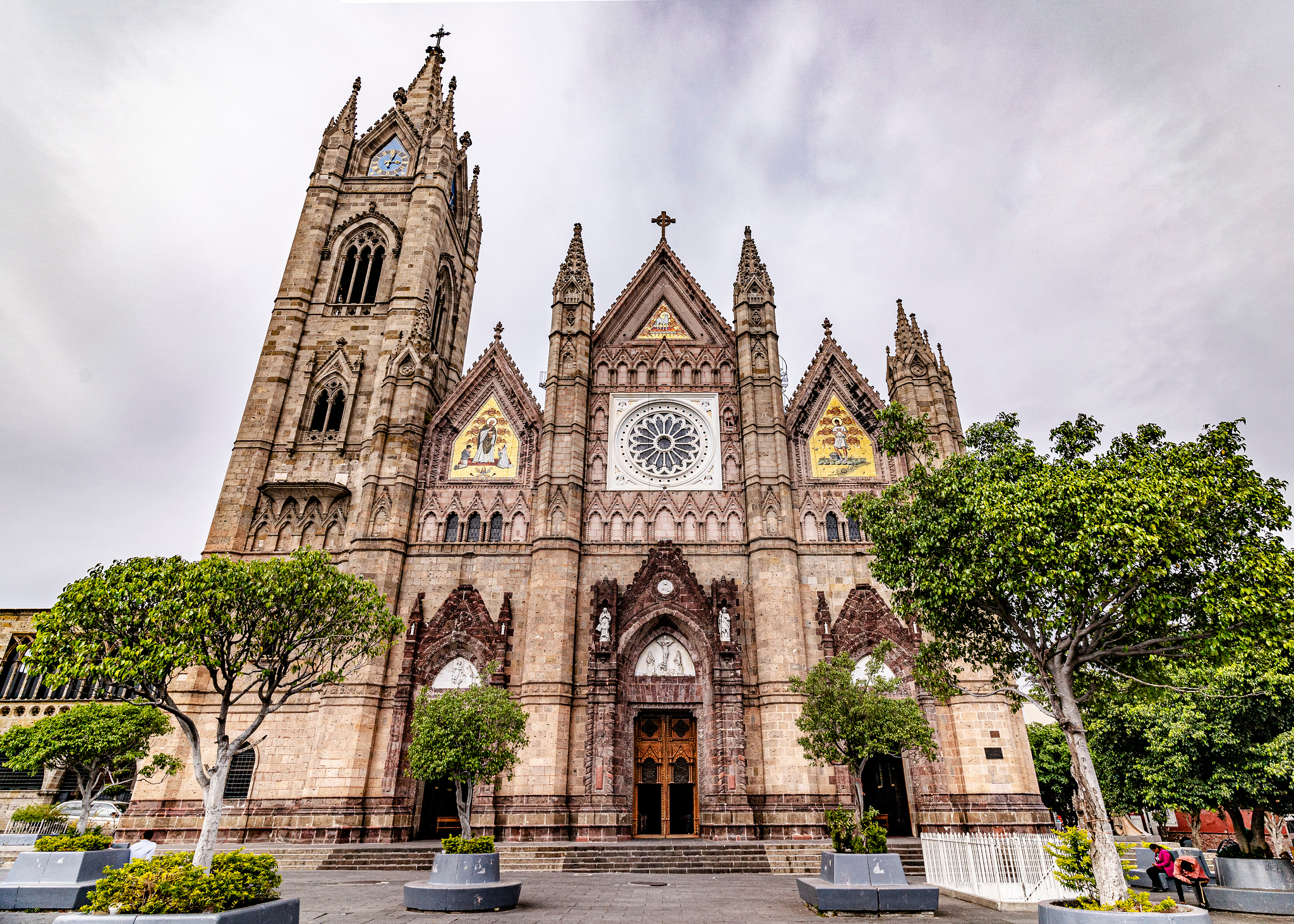 The church was constructed primarily of cut stone as it was done in the Middle Ages and does not rely on an infrastructure of steel or concrete. Each of the three principle tympana (decorative wall surfaces) of the façade of the church features mosaics designed by Francisco Bencivenga and executed by the Vatican Mosaic Studios.

The west tympanum depicts Pope Pius X giving communion to two children. It was Pius X who extended the reception of communion to children who had reached the “age of reason”.

The east tympanum depicts St. Tarcisius, a third-century Roman martyr who, according to a poem by Pope Damasus I, was carrying the Blessed Sacrament along the Appian Way to give communion to imprisoned Christians.

Outside the church, a statue of Pope John Paul II welcoming a visiting Cardinal… 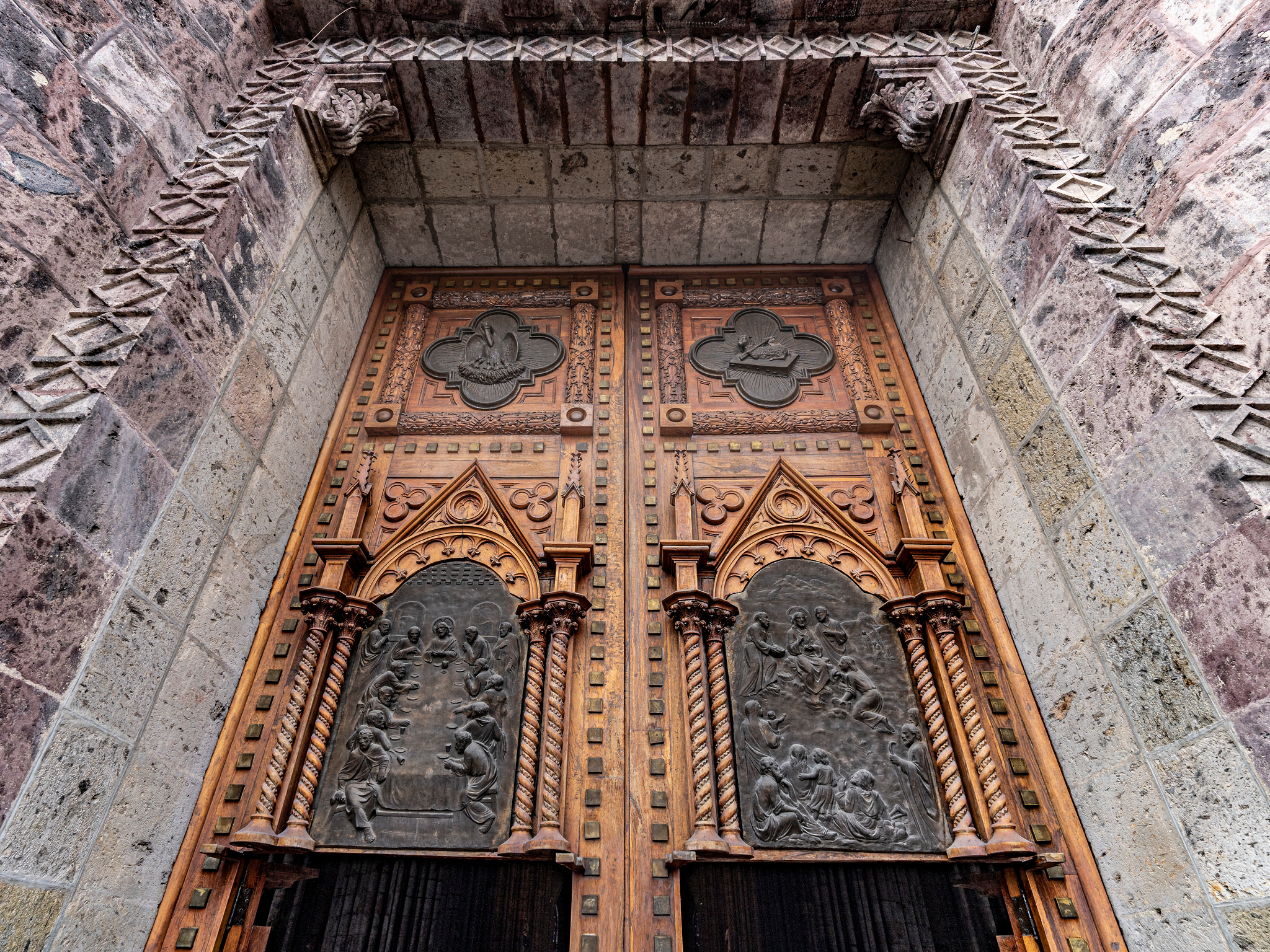 The temple’s majestic doors are made of granadilla wood, carved by Jesús Gómez Velazco, and they are incrusted with bronze high reliefs made by master Benito Castañeda.

The statue of the Sorrowful Mother greets visitors upon entering… 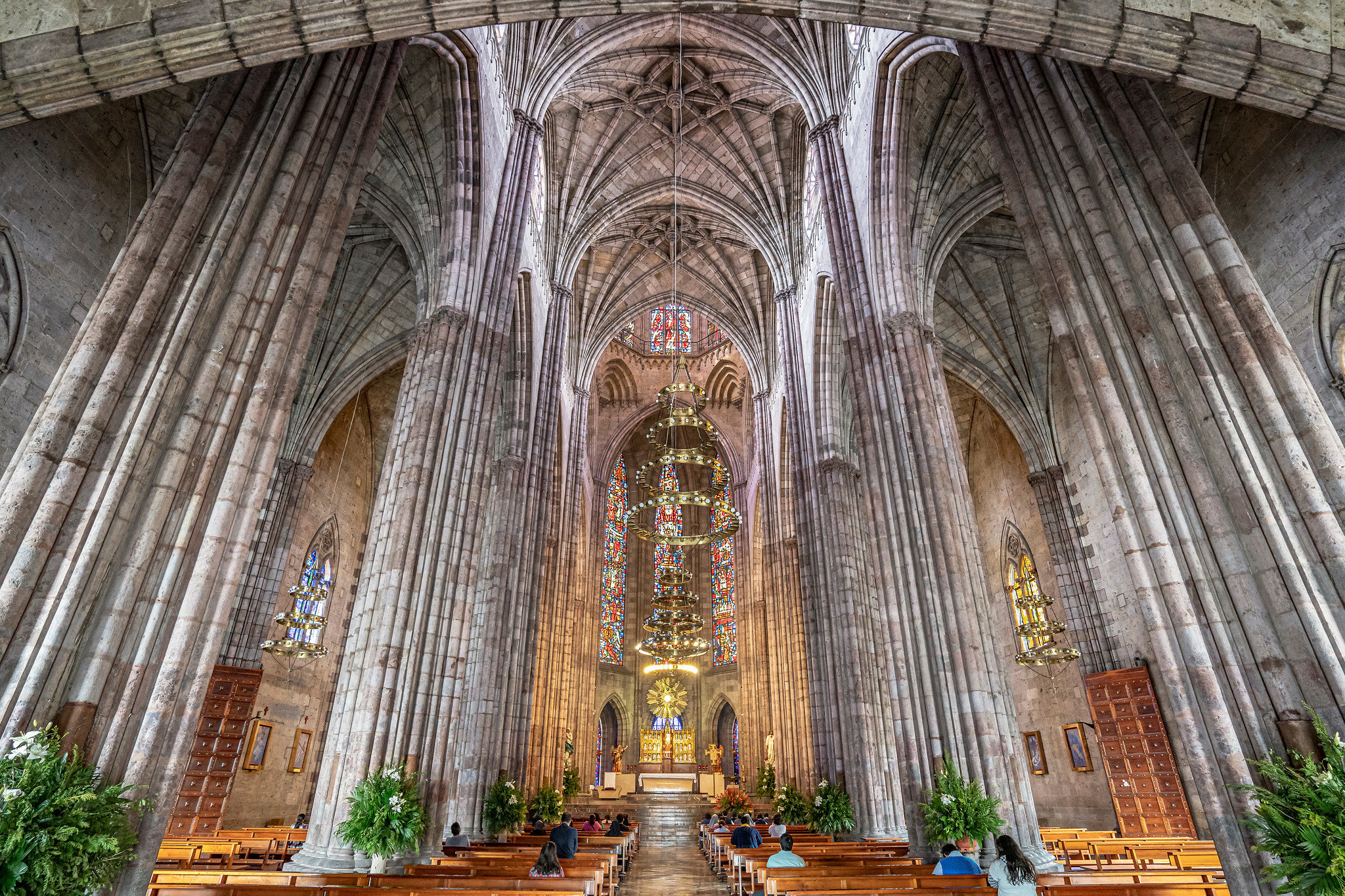 The interior of the church falls in line with classic Gothic style – it’s height and use of light create a light and airy atmosphere. Side aisles flank the high-vaulted nave. Tall stone columns lead to pointed arches to achieve height and grace.

The elaborate gold-plated gothic-style reredos was made in Barcelona, Spain by acclaimed sculptor Javier Corberó. It features 24 panels of scenes from the Old and New Testaments associated with the Eucharist, painted by Juan B. Castro and made in enamel by Antonio Cortada.

Inside the church, a small service was going on so I tried to not be a distraction (I didn’t want God getting mad at me)

A visit to the Templo Expiatorio del Santísimo Sacramento is a must should you ever find yourself in Guadalajara (and you really should find yourself there one day). It’s way more laid back than bustling Mexico City but it offers several great attractions including the stunning Hospicio Cabañas, a UNESCO World Heritage Site.

Written By DanPerezPhotography On May 17, 2020