Last week, I published Part I of a two part series of photographs that documented a day in the life of someone living with Spinal Muscular Atrophy. Her name is Maylan and she is a young lady I met back in 2011 when I first attended a remarkable camp for special needs children called VACC Camp (learn more about it HERE).

I’ve returned to VACC Camp as a volunteer (along with my daughter) every year since my first visit in 2011 and I’ve come to know Maylan better during that time (she aged out of VACC Camp in 2016). I’ve also gotten to see her speak up on social media about her condition and the challenges she has to face as she lives with SMA. One particular series of Facebook posts last year titled “Living with SMA means:” is what gave me the idea to partner with her to create a series of photographs (along with her words) that will hopefully help further outline what living with SMA means. 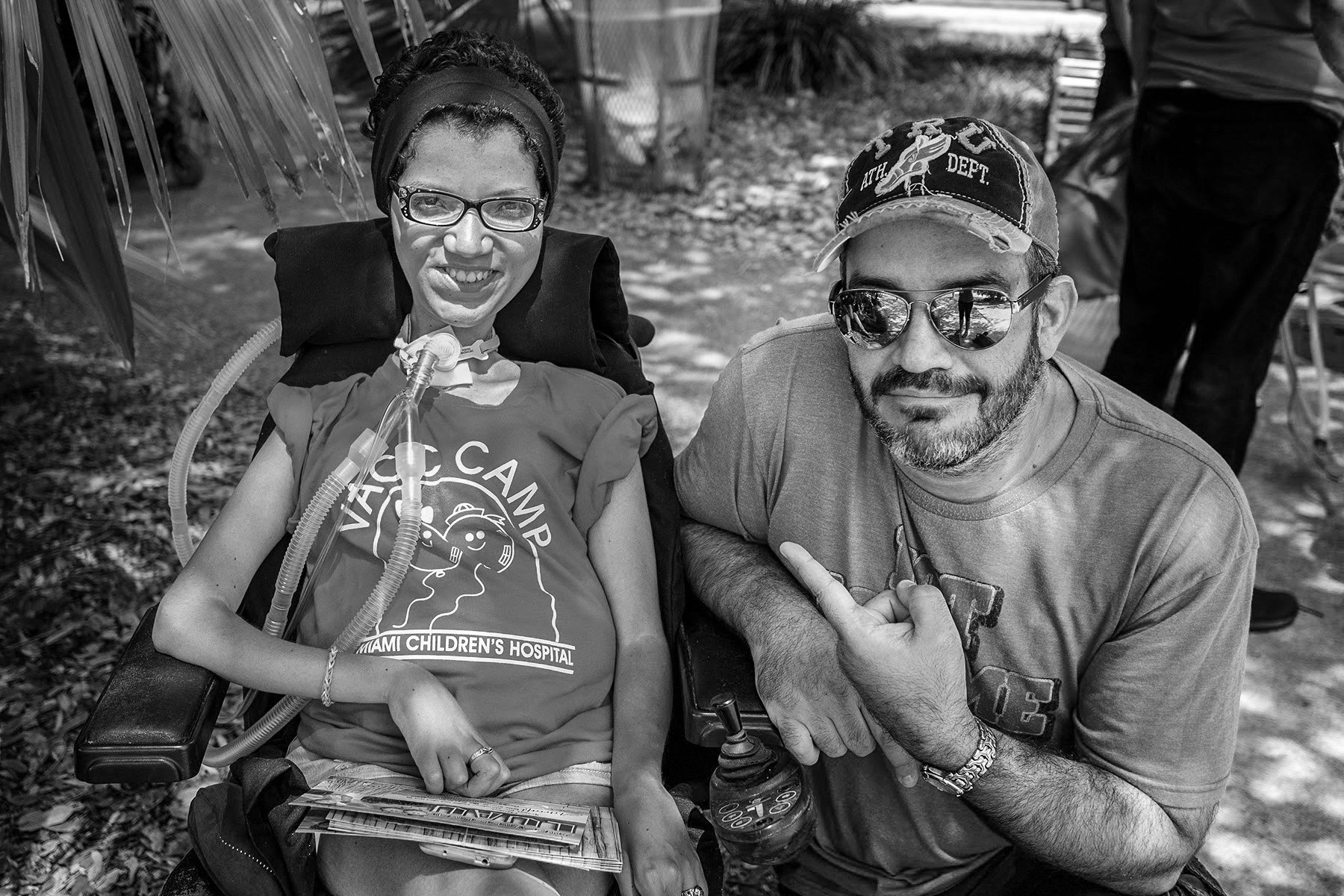 Spinal Muscular Atrophy (SMA) is a genetic disease affecting the central nervous system, peripheral nervous system, and voluntary muscle movement (skeletal muscle). SMA is caused by a mutation in the survival motor neuron gene 1 (SMN1). In a healthy person, this gene produces a protein that is critical to the function of the nerves that control our muscles. Individuals with SMA don’t produce survival motor neuron (SMN) protein at high enough levels. Without this protein, those nerve cells cannot properly function and eventually die, leading to debilitating and sometimes fatal muscle weakness.

SMA affects approximately 1 in 11,000 births in the U.S., and about 1 in every 50 Americans is a genetic carrier. Individuals with SMA have difficulty performing the basic functions of life, like breathing and swallowing. However, SMA does not affect a person’s ability to think, learn, and build relationships with others. Maylan is living proof of that.

In Part I, I spent the morning with Maylan as she got out of bed and prepared for her day (with the help of her amazing nurse Ruth). For this next shoot, I arrived at Maylan’s apartment in Miami around 3pm as she was preparing dinner with her “chefs”, I’ll let the photographs (and Maylan) take it from here…

Maylan: “My evenings usually consist of a few things. As the sun sets into the evening, I usually take some time to relax before starting to prep for dinner. I may game a little, or in this case, participate in a Zoom call. Soon it’s time to start preparing dinner.”

Maylan: “Tonight’s menu consists of shrimp and bacon alfredo. Most evenings I have the assistance of two excellent sous chefs: my amazing nurse Ruth, and Kaitlyn (my stepdaughter – more on her later!). I’ll usually indicate what I’d like done and they help me achieve that.”

Maylan: “Collectively, we start removing the tail from the shrimp, boiling the water, preparing the noodles, seasoning the sauce, all of the necessary ingredients to making a delicious and rich meal for the family. Both Ruth and Kaitlyn periodically show me how the food progresses and offer me samples of the sauce, noodles, and visuals of everything else.”

Maylan: “As dinner approaches completion, Paul arrives from a long day’s work at Pepsi. Paul is my boyfriend of 6 years. We met on a texting app called Kik when I was just in college and then, as they say, the rest was history.”

Maylan: “He lived in Ohio and I, of course, lived in Miami. After a year or so of talking, virtual dates, video calls, movie nights, and getting to know each other, Paul came down to visit me for the very first time and spent a few days in South Florida to meet me in person. Then a week or so after his departure, we decided to go official.”

Maylan: “The coming years brought us a lot of adventures! However, being in a long-distance relationship comes with its strains. I wanted us to start our lives together as a couple, so I convinced him to move to Florida with me. In 2017, after selling all his assets, Paul drove down and thus began our in-person relationship. My mom and stepdad moved out to Ft. Lauderdale, and the change was pretty difficult at first. Though we didn’t really become a family until a few months after, when Paul’s youngest daughter Kaitlyn moved in with us as well, and we’ve been a three-man band since then.”

Maylan: “Paul is the most loving, hardworking, dedicated, and caring man I know. Though we’re both a little stubborn and impassioned at times, our life together is just as fulfilling as any other. We’ve been on more adventures than we can count, going everywhere from Cuba, to Mexico, to Chicago, to Los Angeles, we’ve been through the thick and thin of every couple.”

Maylan: “Dinner’s done cooking and ready to be served, so I head into my room for a quick suction before eating. (Again, suction is the process of removing secretions with a vacuum-like machine to clear my airways and breathe easier).”

Maylan: “I head back into the living room and settle into my spot to eat dinner and watch television. Kaitlyn is our wonderful server and makes sure everyone has some dinner in hand with a drink to accompany it.”

Maylan: “We begin to eat together as a family and enjoy each other’s company while watching a movie. It’s another day in the life. The highs, the lows, the in-betweens, they all become worth it when you relish in the small moments of togetherness.

Maylan: “Joining us as guests trying to grab any scrap of food that just so happens to slip from the plate is Sugar and Spice, my fur babies.”

Maylan: “On many, many occasions in my life, I’ve had people tell me I could never be in a relationship. They’ve told me that there’s nothing I could contribute as a disabled person to a romantic partnership. They’ve told me that any relationship I get in would simply be unequal seeing as my partner would have to take care of me always. But what they don’t know is, I take care of dinner for my family, I plan outings, I organize our schedule, I provide financials where I can, I make sure everything runs smoothly, I listen when I’m needed, and comfort when it’s important. I love and care for everyone. So no, I may not stand on two legs, I may not be able to mop and wash the dishes, I may not be able to do things in the way society defines as “normal,” but I am, through and through, a provider, a partner, an equally deserving and worthy person capable of love.”

Maylan and I hope you enjoyed Part I & II of our series. Our goal is that it will create awareness and understanding for those living with SMA – and maybe even inspire someone along the way. August is also SMA Awareness Month and we agreed that this was the month to share her story. The month is over now, but those living with SMA will continue to fight on – to live their lives. Like Maylan. For a young girl whose parents were told that she wouldn’t see her second birthday, Maylan will turn 27 next month – she’s defied the odds. And in the process, has impacted the lives of so many. Me being one of them.

Special thanks to SMA UK for featuring our first post on their Adult Reflections section of their website!

Written By DanPerezPhotography On August 31, 2021

I absolutely loved this! I’ve known Maylan for over 7 years and worked with her in the past and now. Just as it’s described above, her life is a precious and meaningful one. Wonderful human being that contributes so much to the life of others. I feel blessed that she is in my life and to be able to be a part of hers.

She’s one in a million, maybe even a hundred million. Knowing her is indeed a blessing. Thanks for the comment 🙂