Happy New Year, everyone – hoping you all managed to make it out of 2021 relatively unscathed (and with a few slivers of sanity left in the bag). Let’s hope this year will finally bring about the last stand of this loathsome pandemic so that we can return to a level of “normalcy” we can all live with.

My daughter and I braved Omicron and made our way up to New York City to spend Christmas with my family. Didn’t go out a whole lot but did manage to pay a visit to one of my favorite spots in the city, the legendary Cafe Wha?, a live music club at the corner of MacDougal Street between Bleecker and West Third Streets in Greenwich Village. And I brought along my Sony A7RIII equipped with the Sony FE 85mm f1.8 and Tamron 17-28mm f2.8 lenses (the photographs from that night are featured here).

My younger brother Ruben (aka “The Pope of Greenwich Village”) brought me there several years ago to check out the house band and now we make it our business to pop in there every time I’m in NYC. And this “house band” ain’t like a house wine in a restaurant, it’s more like a bottle of 2015 Domaine Leroy Musigny Grand Cru. Nuff said.

As for Cafe Wha?, a little history is in order. The club was opened in 1959 by Manny Roth, an actor and World War II veteran (and uncle to Van Halen’s David Lee Roth!). Roth, who was born in New Castle, Indiana in 1919, studied business and theater at the University of Miami before enlisting in the United States Army during World War II. Roth was a navigator in bombing missions in Germany, earning the Distinguished Flying Cross.

In 1959, someone told Roth about a garage that used to be an old horse stable on MacDougal Street. You had to go down steep stairs to reach the dark, dank basement, which was bisected by a trough once used as a gutter for horse dung. Roth immediately recognized it as an excellent site for a coffee house – not the lame wifi-enabled Starbucks/Dunkin Donuts kind we know today, a cafe where hipsters smoked, sipped espresso and discussed art and literature.

Anybody who’s been to a coffee shop in Greenwich Village back in the days where you could light up a cigarette knows exactly the type of place I’m talking about. Alas…

Roth sprayed the walls with black paint to create the feeling of a cave and spent his last $100 on a truckload of broken marble to make the floor, which he personally laid. The club’s odd name was a shortening of the word “what,” intended to convey incredulity. An advertisement for Cafe Wha? featured a picture of a beatnik in beret and sunglasses and the slogan, “Greenwich Village’s Swingingest Coffee House.”

Eventually, Roth’s coffee shop became a haven for musicians, comedians, and performers of all types who played throughout the afternoon and evening, frequently being paid through baskets passed amongst the audience. One such performer was a gangly 19 year old named Bob Dylan. As the story goes, Cafe Wha? was the very first venue Dylan ever played in New York City, arriving there on his very first day in town on January 24, 1961. He auditioned for Roth, who hired Dylan to play behind one of Roth’s stars Fred Neil, a folkster who would later write songs for Harry Nilsson (some cool photographs from that era can be found HERE) 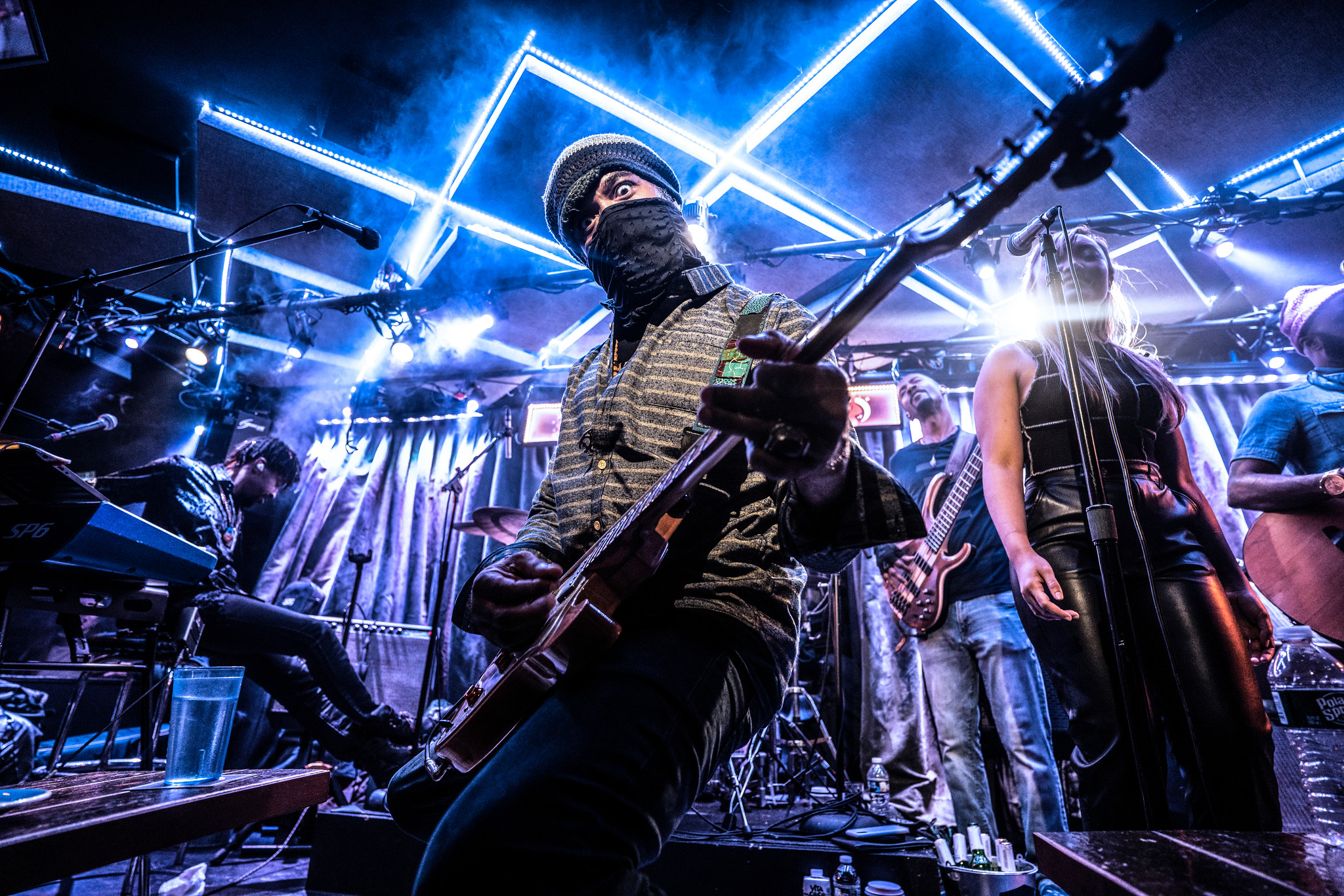 Who were some of the other performers? Oh, just people like The Velvet Underground, Peter, Paul and Mary, Woody Allen, Lenny Bruce, Joan Rivers, Bill Cosby, Kool and the Gang, and Richard Pryor. In 1966, at the suggestion of Richie Havens (who also got his start at Wha?), Mr. Roth hired some “cat” named Jimi Hendrix, who in the mid-1960s called himself Jimmy James and served as the frontman for a group called the Blue Flames. The Flames played five sets a night, sometimes six nights a week, at Cafe Wha? for little more than tips(!).

In 1967, a then-unknown Bruce Springsteen brought his band the Castiles to the club to play afternoon sets for teenagers. Louis Gossett Jr. sang folk songs there before deciding to pursue acting full-time. “I was in the center of the scene there”, said Roth. “All you had to do was carry an empty guitar case and girls would follow you.”

Mr. Roth abandoned the club in the late 1960s (he died at his California home on July 25, 2014 from natural causes), but it was started up again in 1987, after a transformation to a Middle Eastern restaurant in the 1970s and ’80s, under the same name by a new owner, and it continues to operate.

In 2012, David Lee Roth came back to play Cafe Wha?, which he had loved to visit as a 7-year-old, with Van Halen. It looked pretty much the same as he remembered it. “This is a temple,” he told the crowd. “This is a very special place, and I am more nervous about this gig than I would ever be at the Garden. There is no hiding up here. There are no fake vocals. There is no fake anything.”

The club’s motto was and still is “Greenwich Village’s Swingingest Coffee House” and it is still a rich live music venue. And the house band? They continue the venue’s dynamic musical history, showcasing their own enviable talents from Wednesday thru Sunday, hitting on all styles of music; Motown, Reggae, R&B, and Classic/Alternative/Modern rock. If you’re in NYC, just go – you can thank me afterwards.

Which brings me back to my visit on Sunday, December 26th with my daughter, brother (Pope), and sister. Here are the rest of the photographs. House band lineup included the lovely Bella K on vocals, Robin Andre (guitar/vocals), Matt Fernandez (guitar/vocals), Kevin Bowden Jr. on drums, Byron Jackson on bass, Davine Tuch on keyboards and the “masked man” Jason Murden on guitar and vocals. Enjoy… 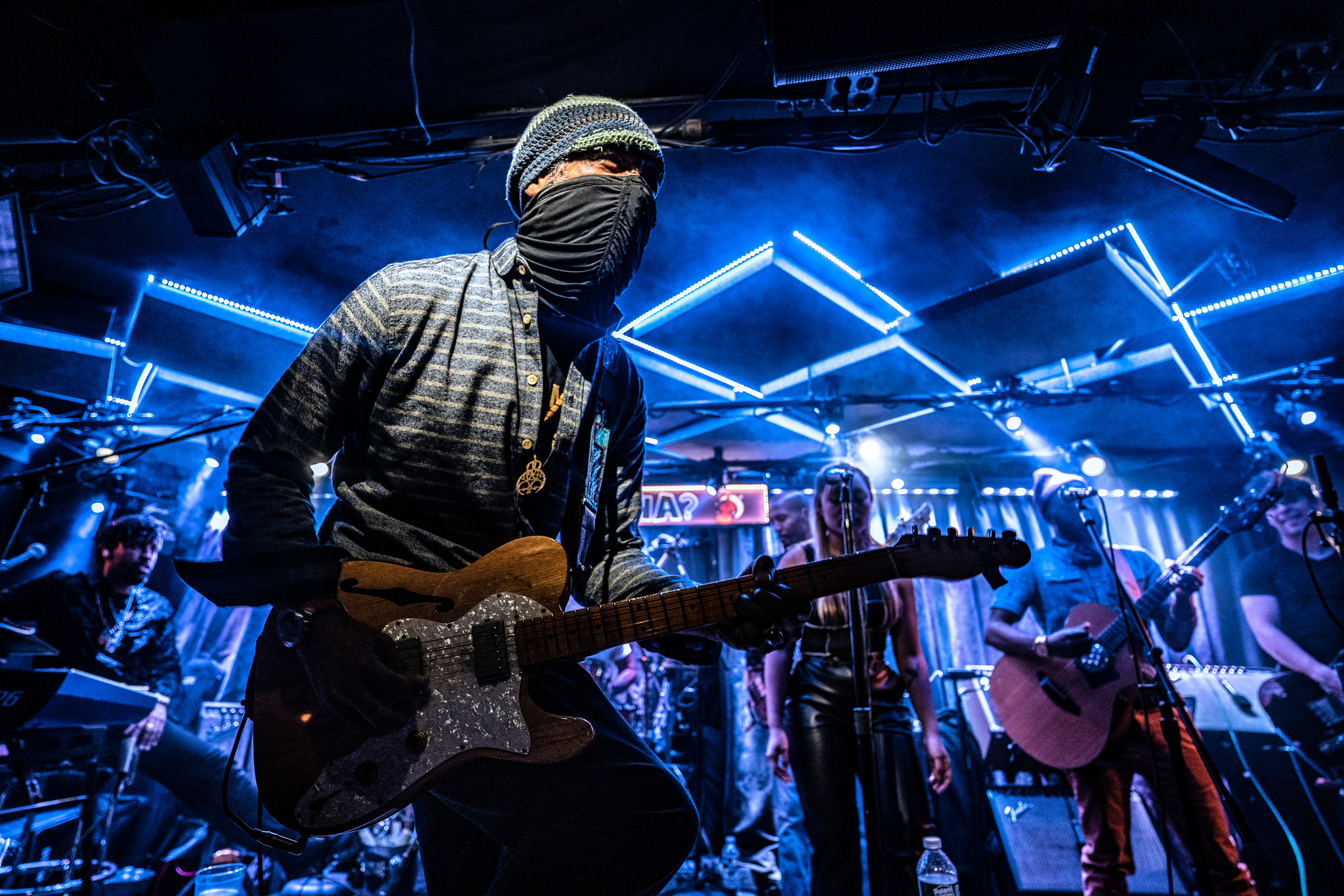 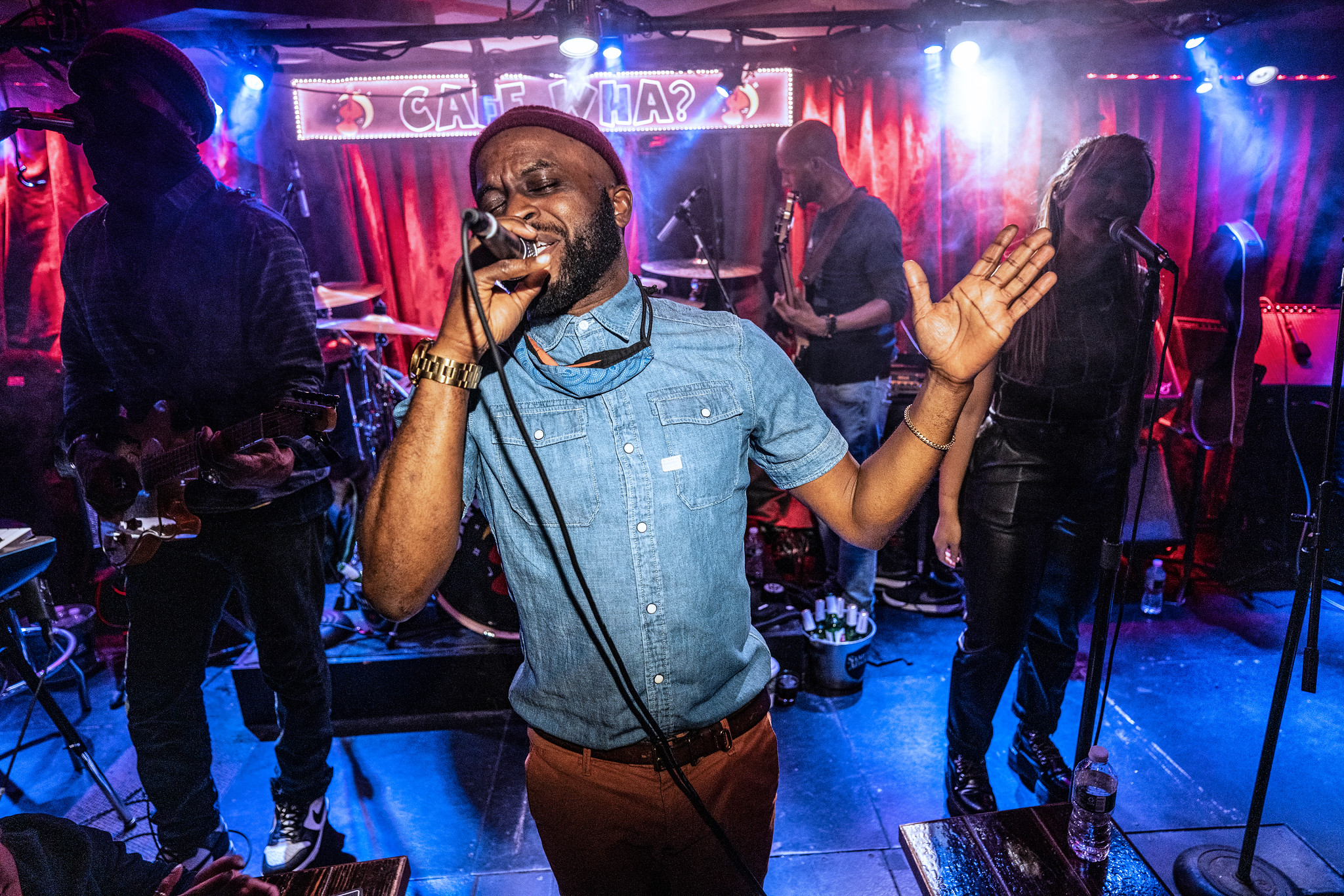 Cafe Wha? is located at 115 MacDougal Street in NYC. The band is available for all private events and functions and has played hundreds of weddings, corporate events, mitzvahs, private parties, and private clubs across the United States and even overseas. Learn more at www.cafewha.com

Written By DanPerezPhotography On January 6, 2022

2022 Coral Springs Festival of the Arts (Part I)