Was back in NYC earlier this month and popped into the Jean-Michel Basquiat: King Pleasure exhibit on west 27th street. The exhibit was organized and curated by the family of Jean-Michel Basquiat, and features over 200 never-before-seen and rarely shown paintings, drawings, multimedia presentations, ephemera, and artifacts that tell the story of Jean-Michel from an intimate perspective, intertwining his artistic endeavors with his personal life, influences, and the times in which he lived.

Jean-Michel Basquiat Basquiat was born in Brooklyn on December 22, 1960, into a middle-class family. The son of Gerard, a Haitian immigrant, and Mathilde, who was born in Brooklyn to Puerto Rican parents. By his accounts, his father was physically abusive and his mother volatile. She was hospitalized for depression but made time to take him to the Museum of Modern Art and the Brooklyn Museum. She also gave him a copy of Gray’s Anatomy, whose anatomical drawings had a lifelong influence.

As a teenager in the late 70s, he and his friend Al Diaz started spray-painting walls around SoHo and the East Village under the pseudonym SAMO, short for “same old shit.” The pithy tags gained traction with the graffiti scene and in June 1980, he exhibited for the first time in “Times Square Show,” a groundbreaking event held in a shuttered massage parlor on Seventh Avenue. 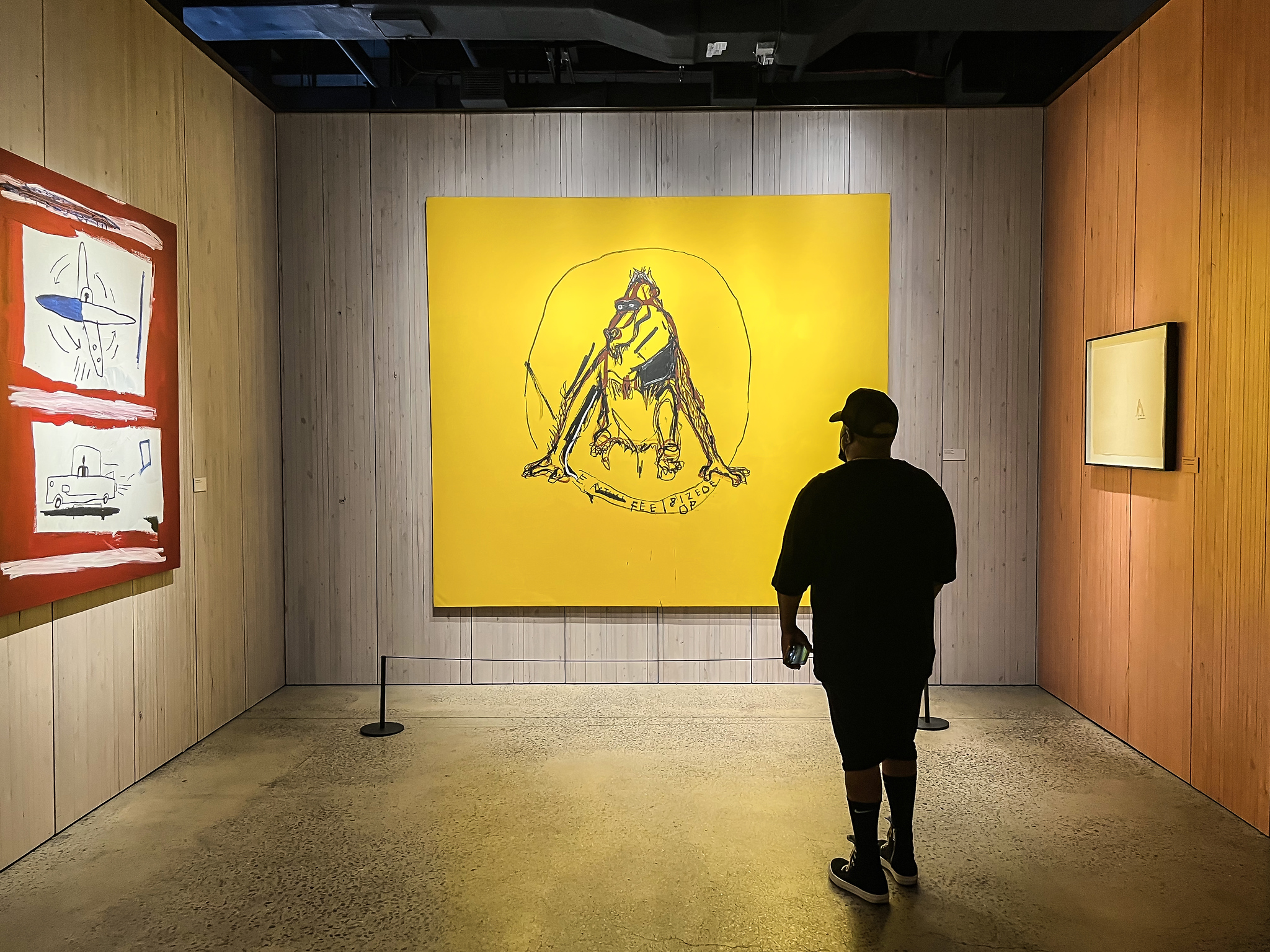 Basquiat sold his first painting, “Cadillac Moon” (1981), to Debbie Harry, lead singer of the punk rock band Blondie, for $200 after they had filmed Downtown 81 together (he also appeared as a disc jockey in the 1981 Blondie music video “Rapture”). In March 1983, at 22 years old, Basquiat became one of the youngest artists to participate in the Whitney Biennial exhibition of contemporary art.

Often spotted beside fellow artists Keith Haring and Andy Warhol, Basquiat would show up to the uber chic Mr. Chow restaurant decked out in an Armani suit. His swift rise to fame was covered in the media. He appeared on the cover of the February 10, 1985, issue of The New York Times Magazine in a feature titled “New Art, New Money: The Marketing of an American Artist”. His work also appeared in GQ and Esquire magazine.

Basquiat’s career did not last long—he died at 27 of a heroin overdose at his home on Great Jones Street in Manhattan on August 12, 1988. Shortly after his death, The New York Times indicated that Basquiat was “the most famous of only a small number of young black artists who have achieved national recognition.” Art critics have also compared Basquiat’s work to the emergence of hip-hop during the same era. “Basquiat’s art—like the best hip-hop—takes apart and reassembles the work that came before it,” said art critic Franklin Sirmans in a 2005 essay, “In the Cipher: Basquiat and the Hip-Hop Culture”.

In May 2016, one of his “Head” paintings sold for $57.3 million. The following year, Untitled, a Basquiat from 1982, sold for $110.5 million at Sotheby’s, setting a record for an American artist (which was just broken earlier this month when Andy Warhol’s “Shot Sage Blue Marilyn” sold for a cool $195 million at Christie’s in NYC).

I was traveling light so unlike most of the photographs I post on this site, these photographs were taken with my iPhone 13 Pro, which proved to be surprisingly capable (especially the wide-angle option) despite some dim lighting conditions.

Written By DanPerezPhotography On May 26, 2022