September 14, 2015
SubscribeShareTweetShareShareShareSaveMail
#mc_embed_signup{background:#fff; clear:left; font:14px Helvetica,Arial,sans-serif; } /* Add your own Mailchimp form style overrides in your site stylesheet or in this style block. We recommend moving this block and the preceding CSS link to the HEAD of your HTML file. */

Last month, two of my short documentary films were named official selections of the Shorts Mexico Film Festival in Mexico City. Never having been to Mexico before (and never having two of my films play in the same festival), it seemed like as good a time as any to make my first trip there. Moreover, Mrs. Perez and I hadn’t taken a trip together (just us) since our honeymoon (about 17 years ago!). So after breaking the news to our teenage daughter that she would be sitting this one out (she took it well), we headed down to Mexico City for five days.

The plan was to attend the screenings of my films (one on Friday and the other on Monday) and in between, try to see as much cool stuff as Mexico City has to offer. I made reservations for our stay at Hotel Catedral (highly recommended) which is located walking distance to Zócalo, the common name of the main square located in the Centro Histórico (Historic Center) in Mexico City. Formally known as as Plaza de la Constitución (Constitution Square) and among the largest squares in the world, Zócalo has been a gathering place for Mexicans since Aztec times, having been the site of Mexican ceremonies, royal proclamations, military parades, Independence ceremonies and modern religious events.

As I am wont to do when I travel, I had my camera and a few good lenses – enjoy the photographs…

Here’s our view of the Mexico City Metropolitan Cathedral (Catedral Metropolitana de la Asunción de la Santísima Virgen María a los cielos) from the terrace of the Hotel Catedral. Built in sections from 1573 to 1813, it is the largest cathedral in the Americas and seat of the Roman Catholic Archdiocese of Mexico. 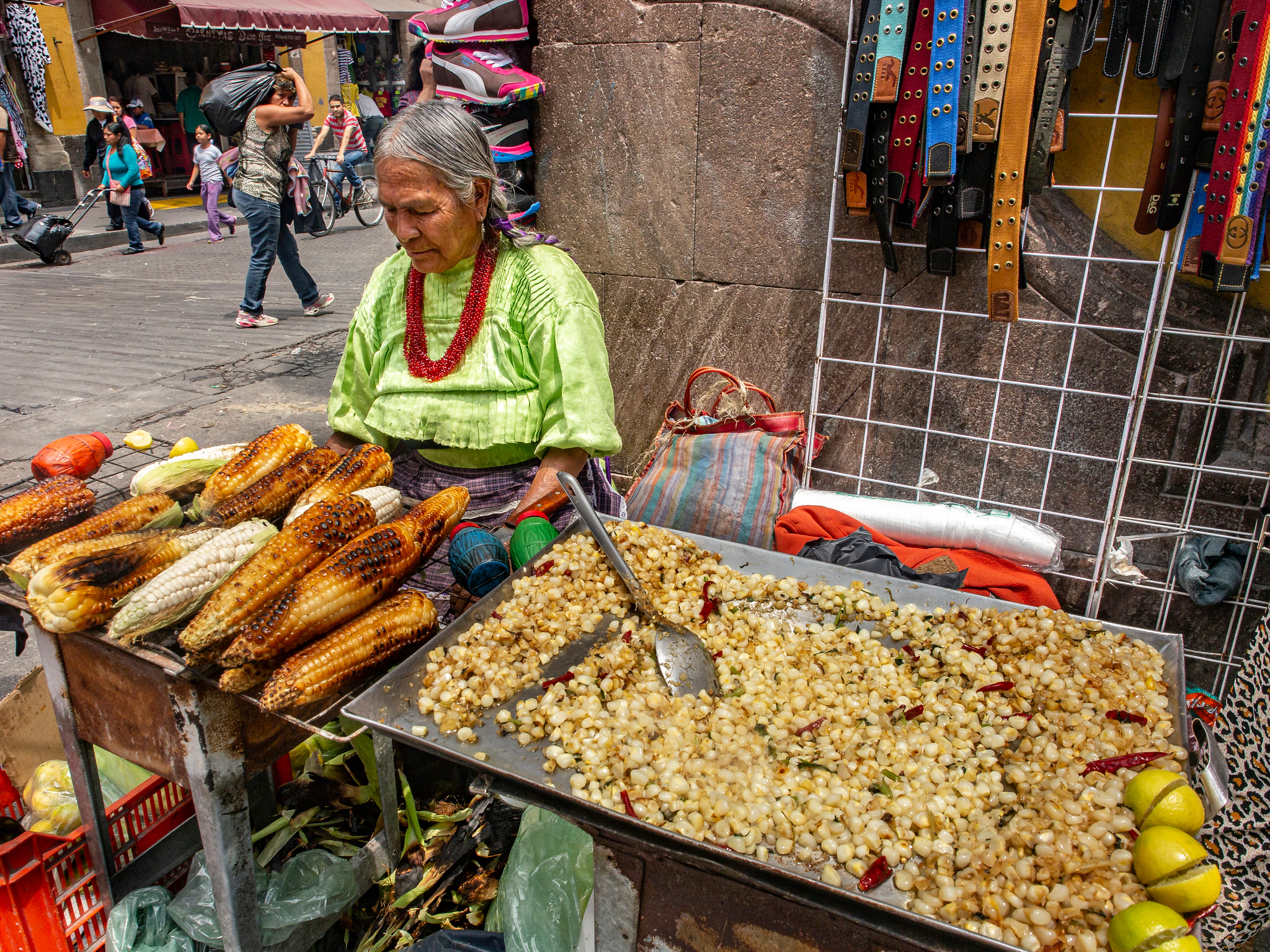 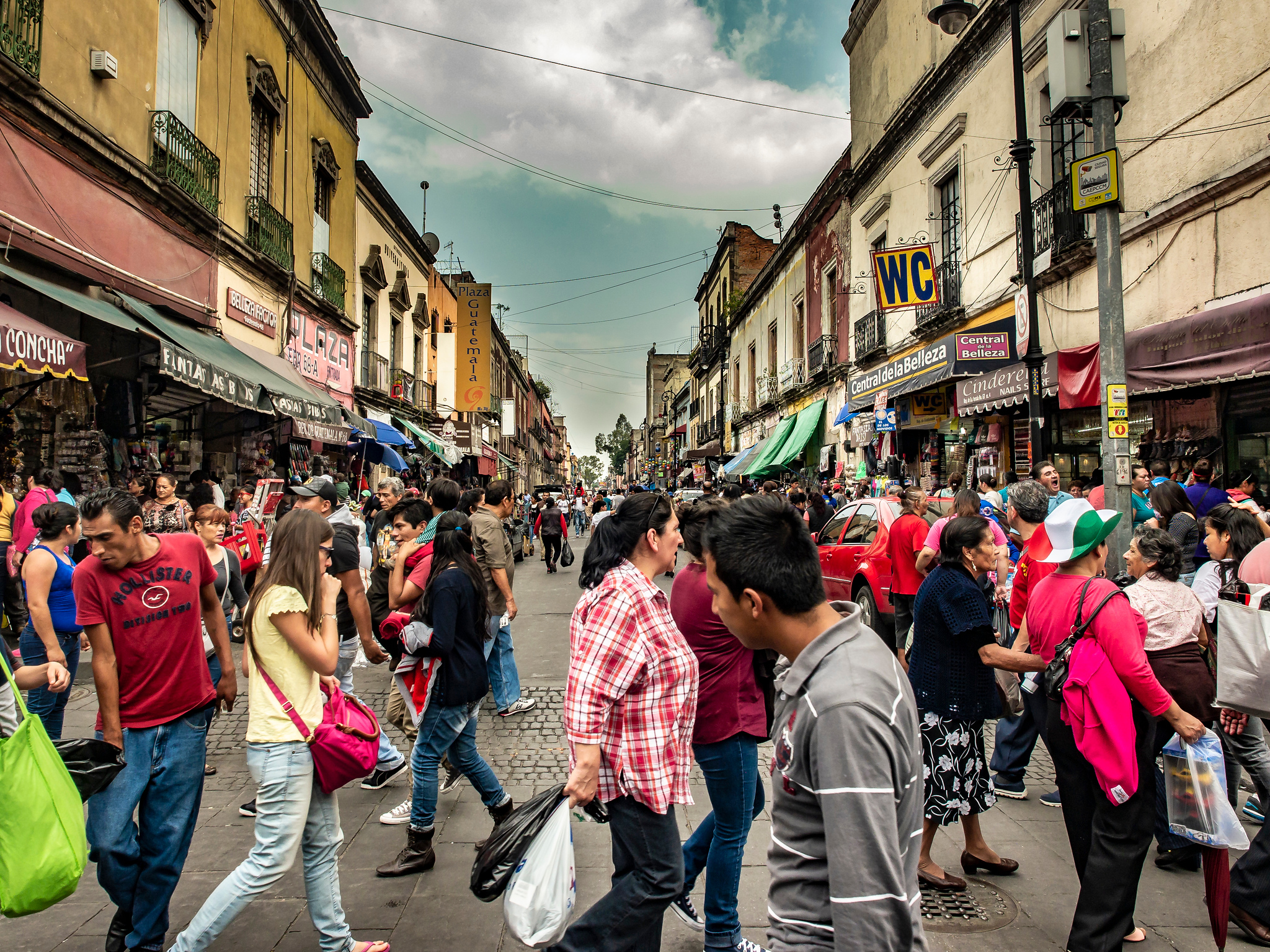 The streets of Zócalo are lined with street vendors and people. Lots and lots of people… 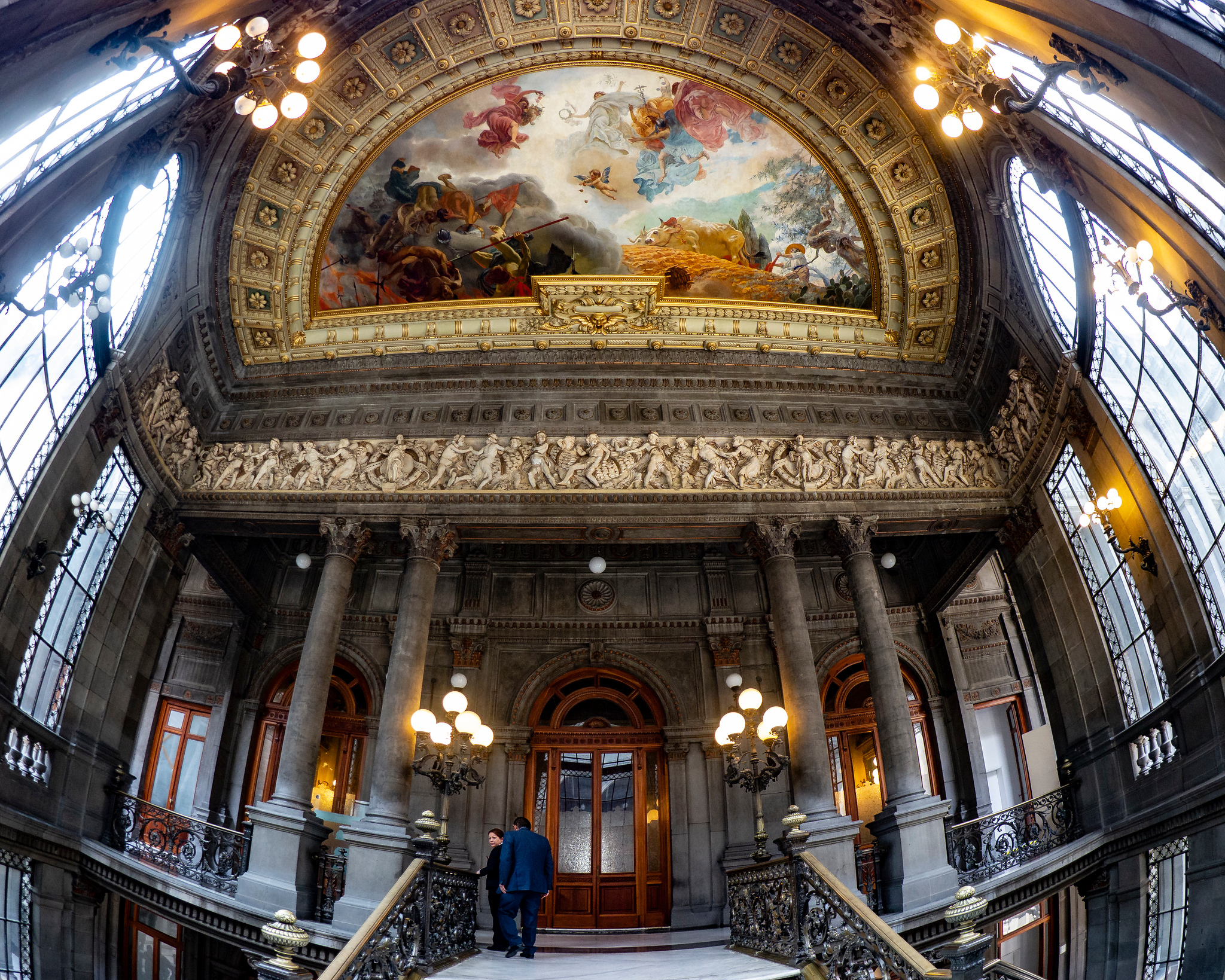 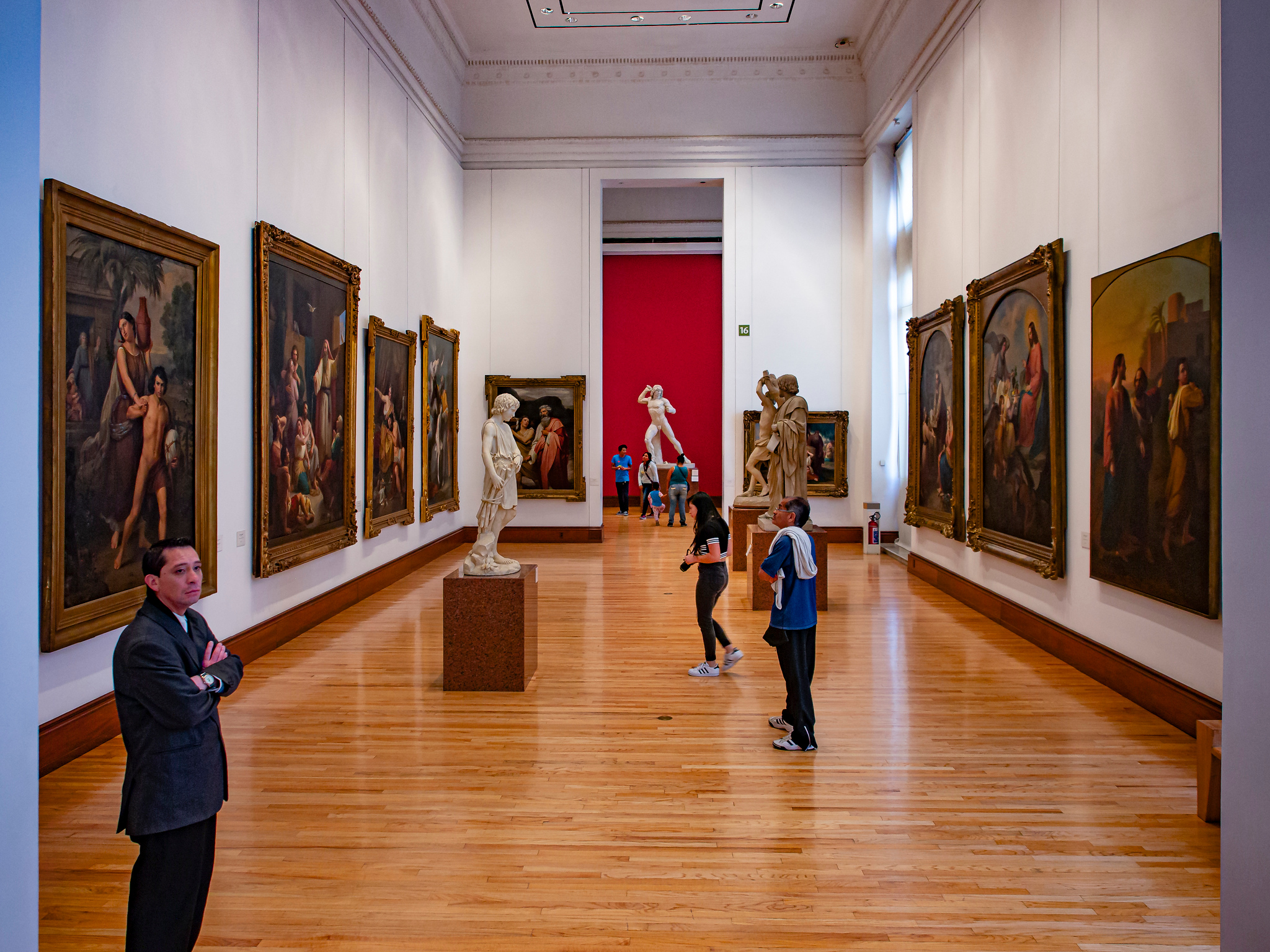 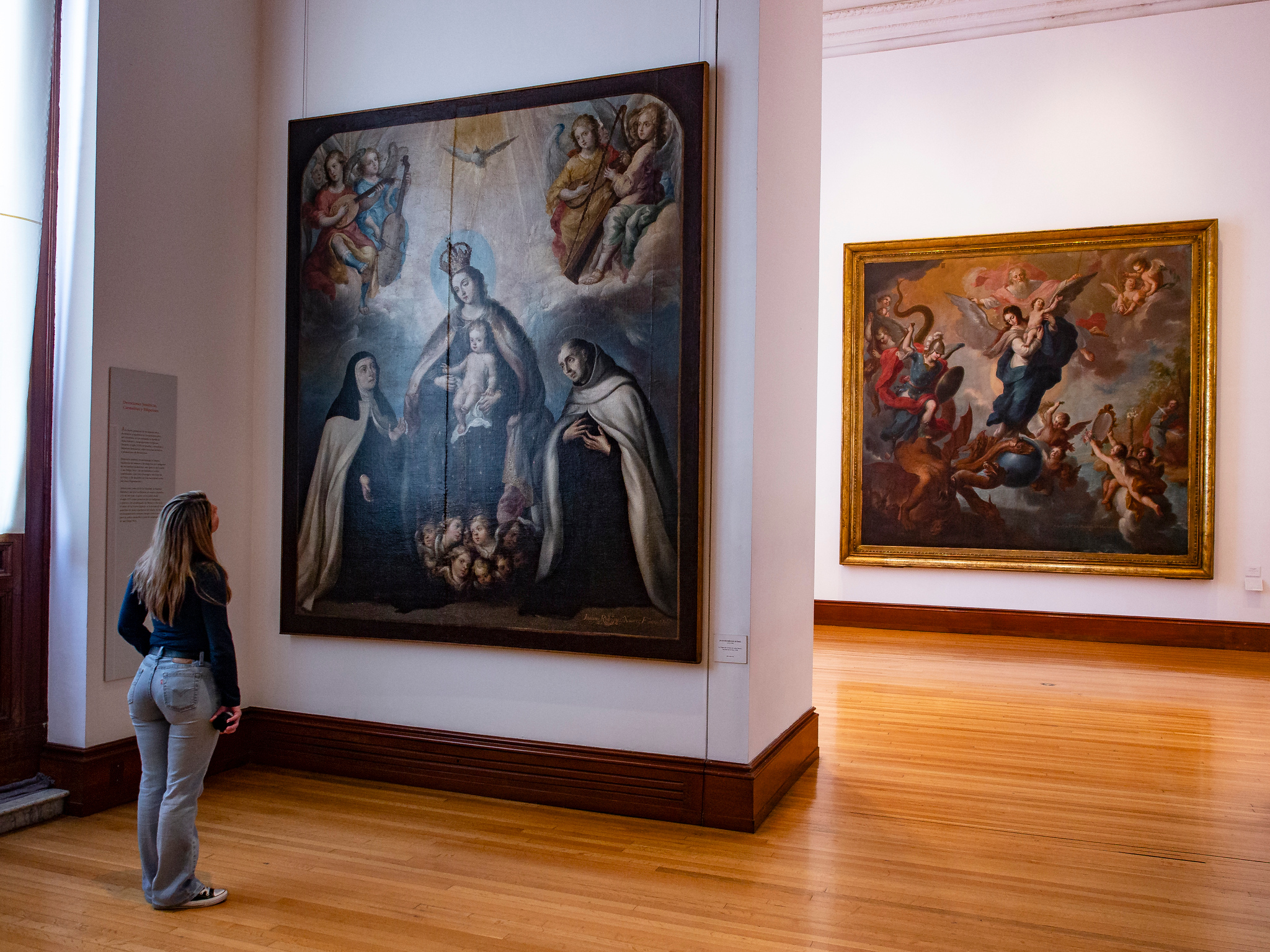 The Museo Nacional de Arte (MUNAL), formerly known as the Communications Palace, was built between 1905 and 1911 by the Italian architect Silvio Contri and is one of the most accomplished and representative buildings of the early XX century Mexican architecture. The museum was founded in 1982 and currently focuses on the exhibition, study and diffusion of Mexican and international art from the 16th century to the first half of the 20th century. 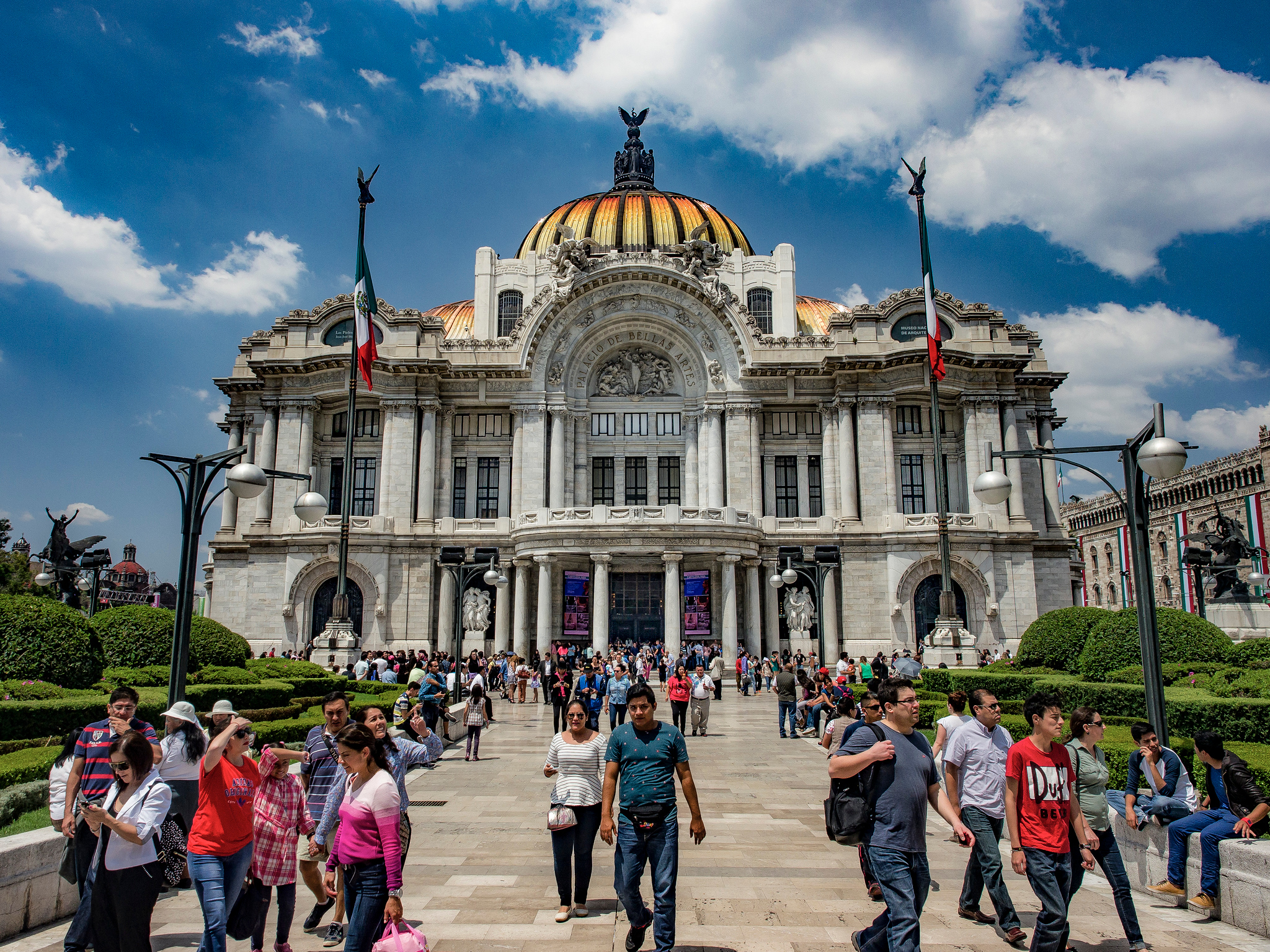 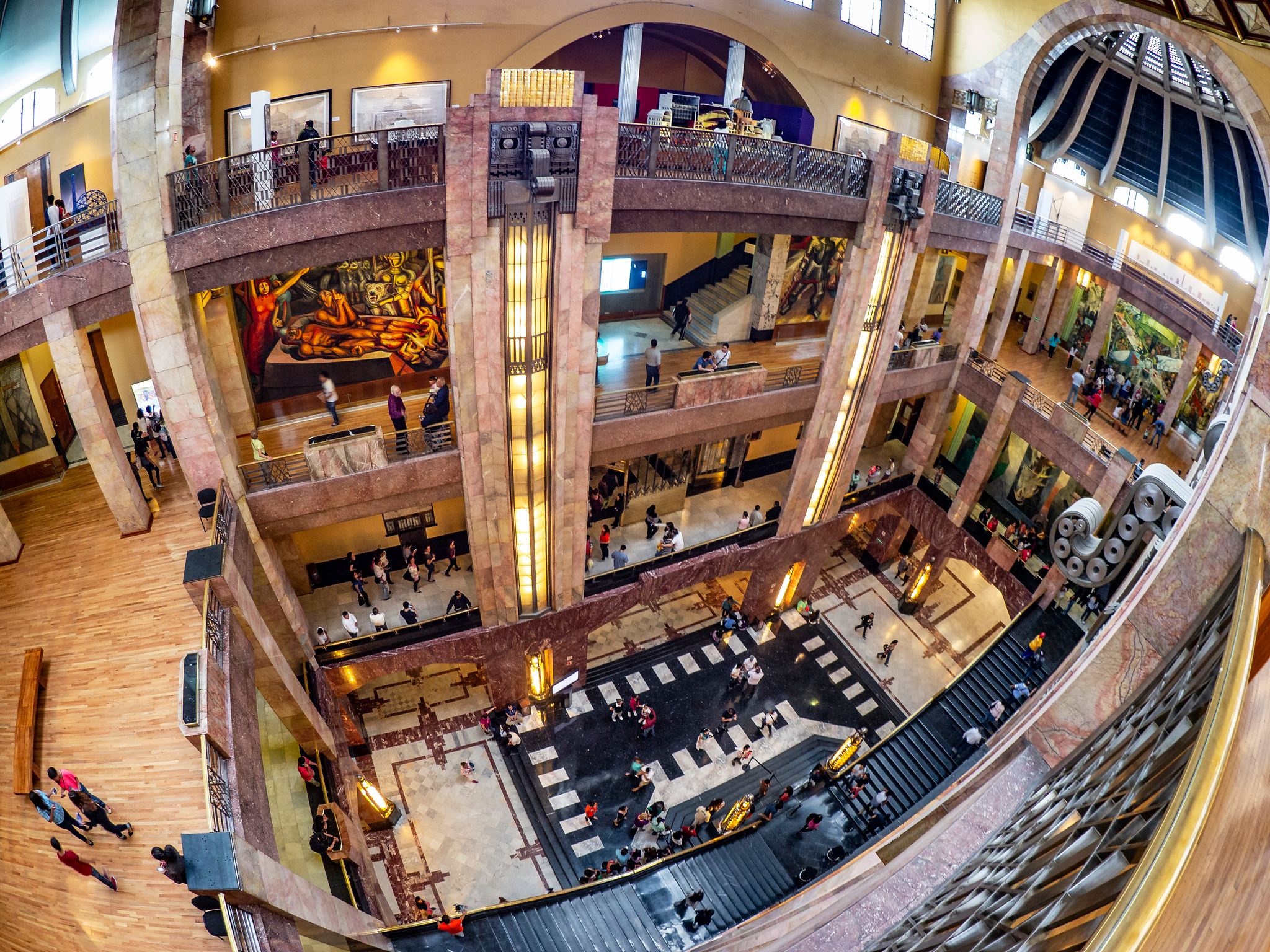 The Palacio de Bellas Artes, one of the most prominent cultural centers in Mexico City and home to the Ballet Folklórico de México. The initial design and construction was undertaken by Italian architect Adamo Boari in 1904, but complications arising from the soft subsoil and political problems both before and during the Mexican Revolution, hindered then stopped construction completely by 1913. Construction began again in 1932 under Mexican architect Federico Mariscal and was completed in 1934. The building was declared an artistic monument in 1987 by UNESCO and receives an average of 10,000 visitors a week. 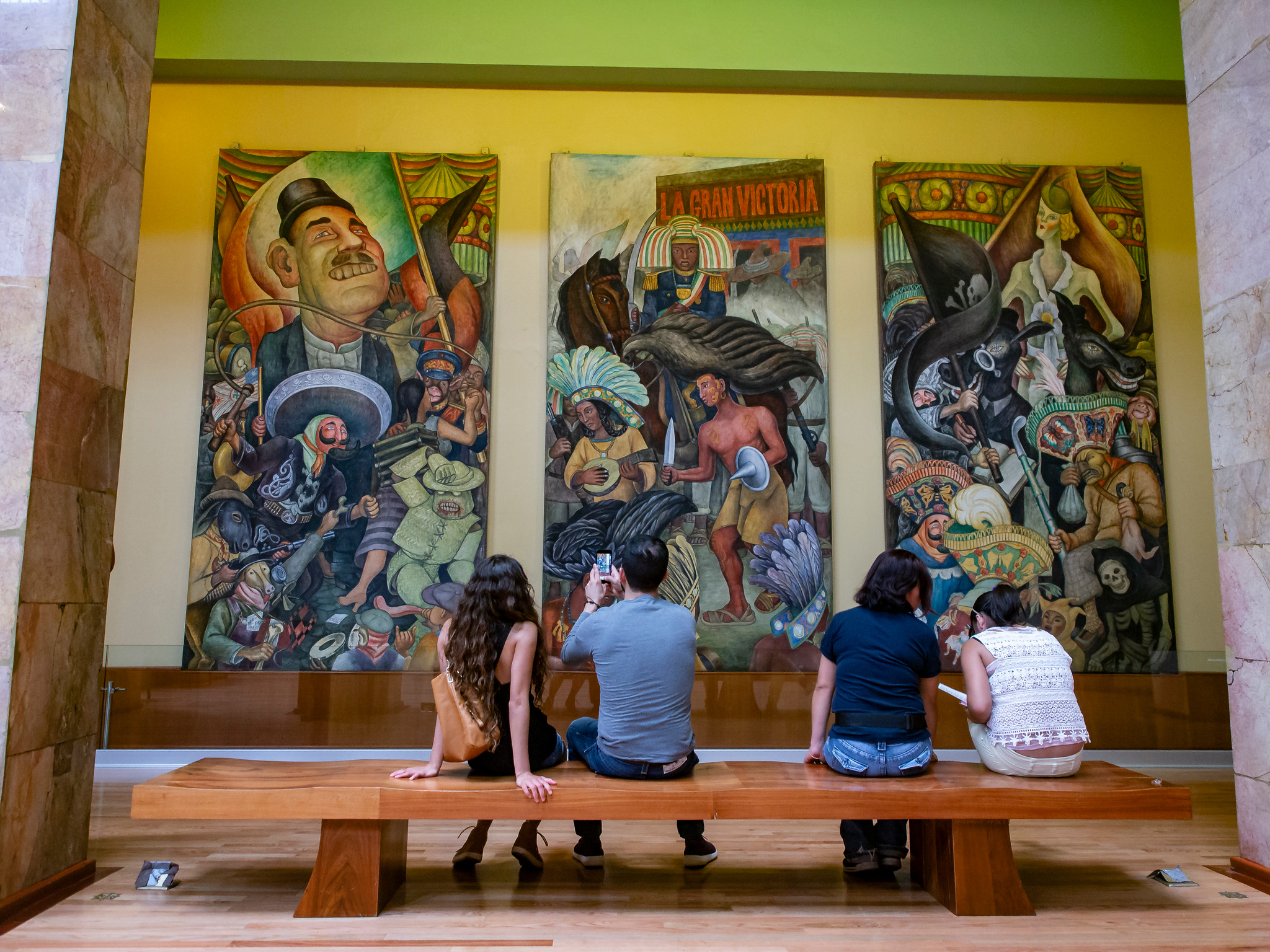 “Nueva democracia”, a powerful mural by David Alfaro Siqueiros, was alone worth the visit. 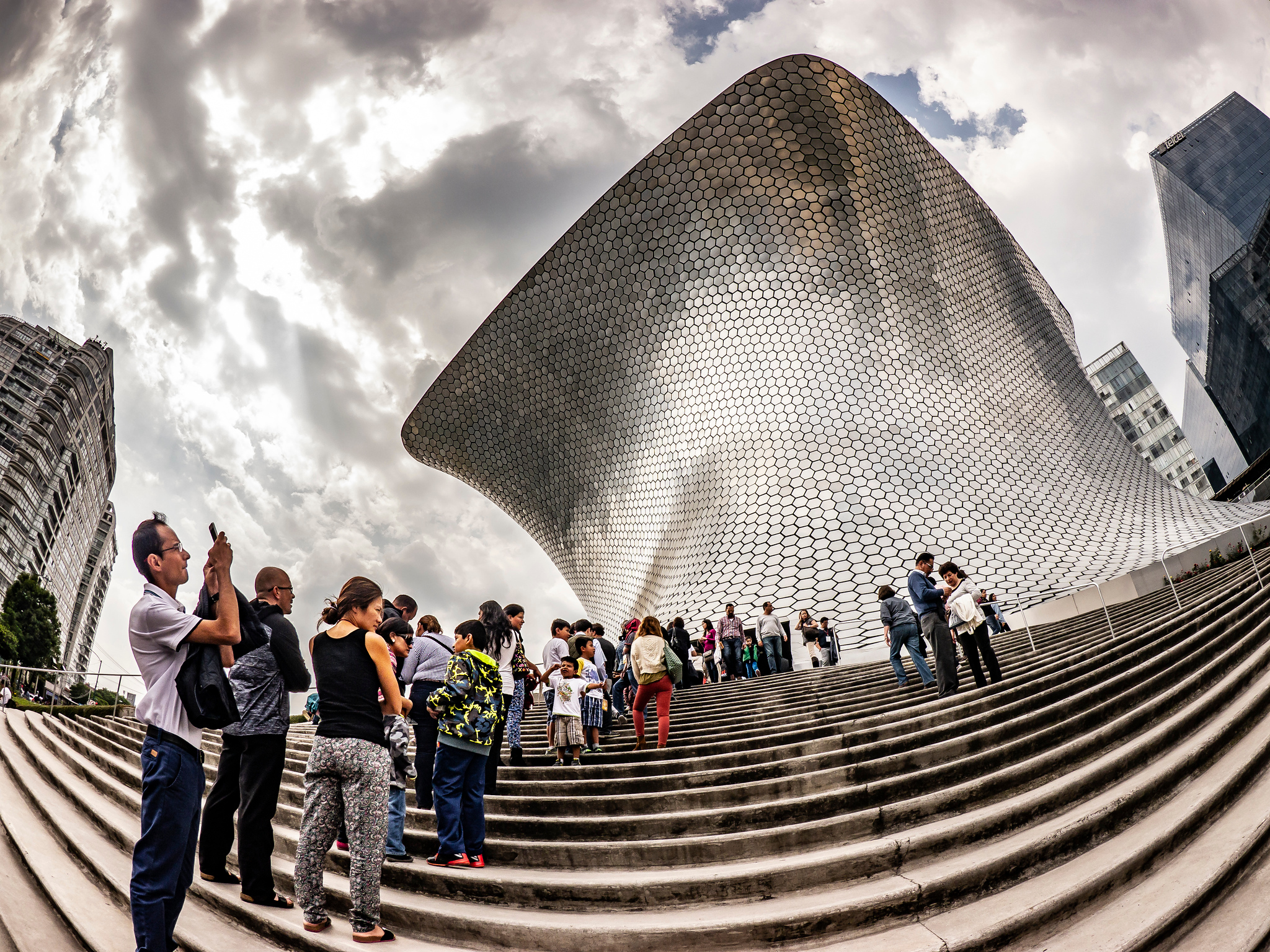 Museo Soumaya is the most visited art museum in Mexico. The museum was made possible by Mexican businessman Carlos Slim Helú, known as the “Warren Buffett of Mexico” and who was ranked as the richest person in the world from 2010 to 2013 (currently #4 on Forbes list of billionaires with a net worth estimated at $65 billion). His Fundación Carlos Slim Helú, which he established in 1986, sponsors the museum and is named after his late wife of 33 years, Soumaya Domit, who passed away in 1999 of kidney failure.

The museum was designed by Mexican architect Fernando Romero (who just happens to be married to one of Carlos Slim’s daughters) and constructed at a cost of approximately $70 million. The Plaza was inaugurated on March 29, 2011 by then Mexican President Felipe Calderón. The building’s avant-garde design leaves only the main entrance as the only visible opening. The panels do not rest on the ground or touch one another, creating the impression that they are floating around the building. 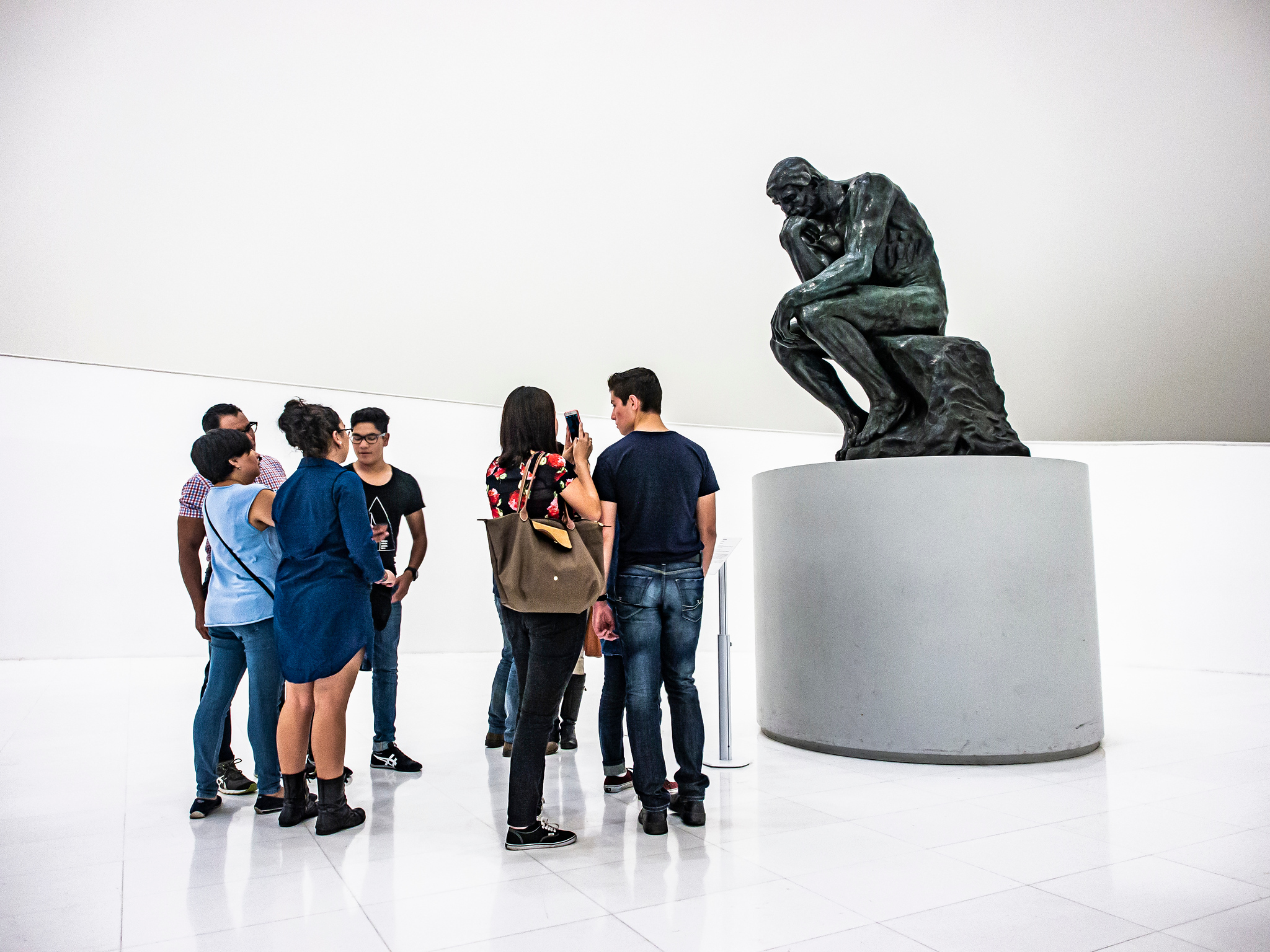 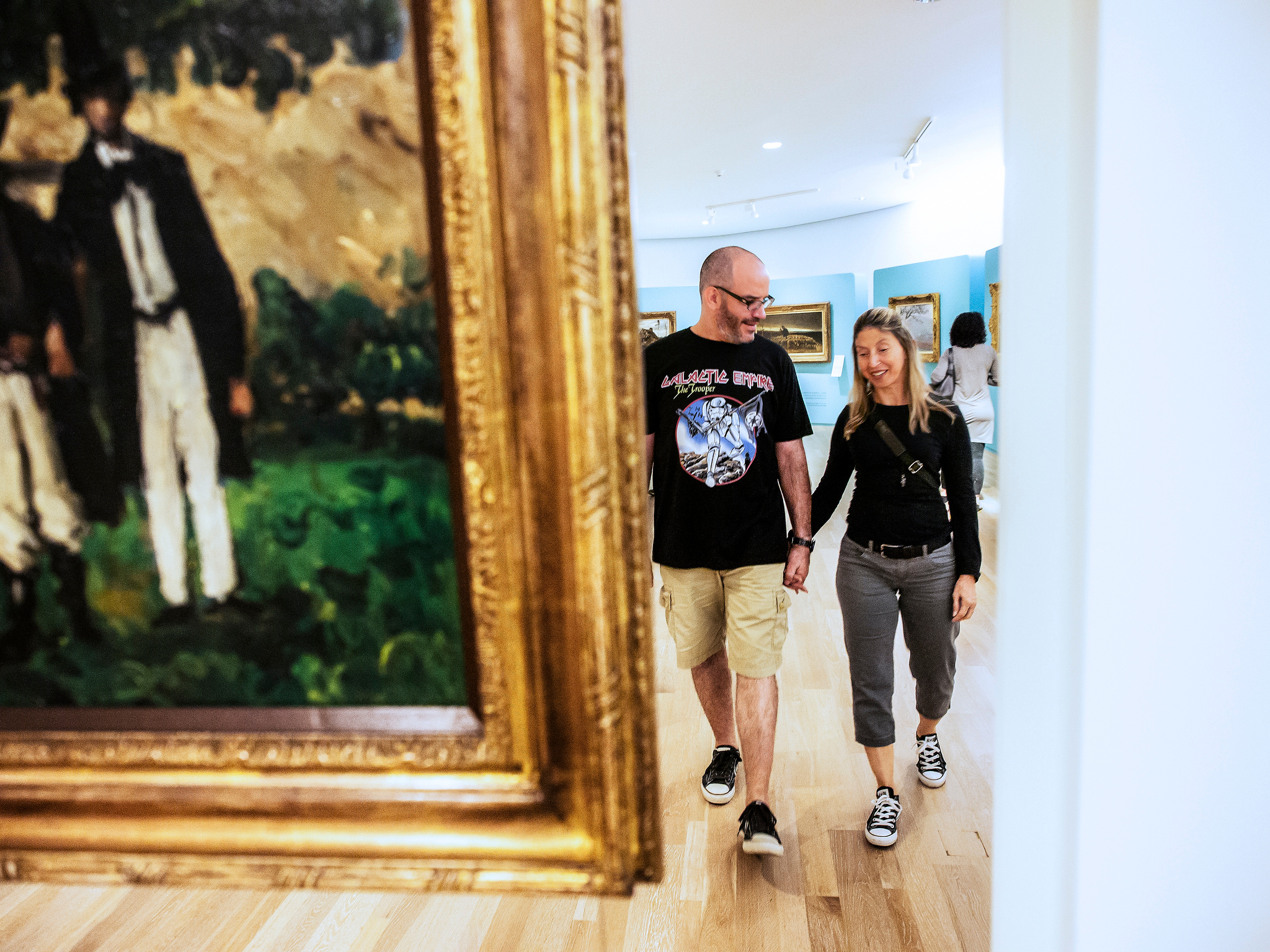 Rare travel photograph of me and my wife inside the museum… 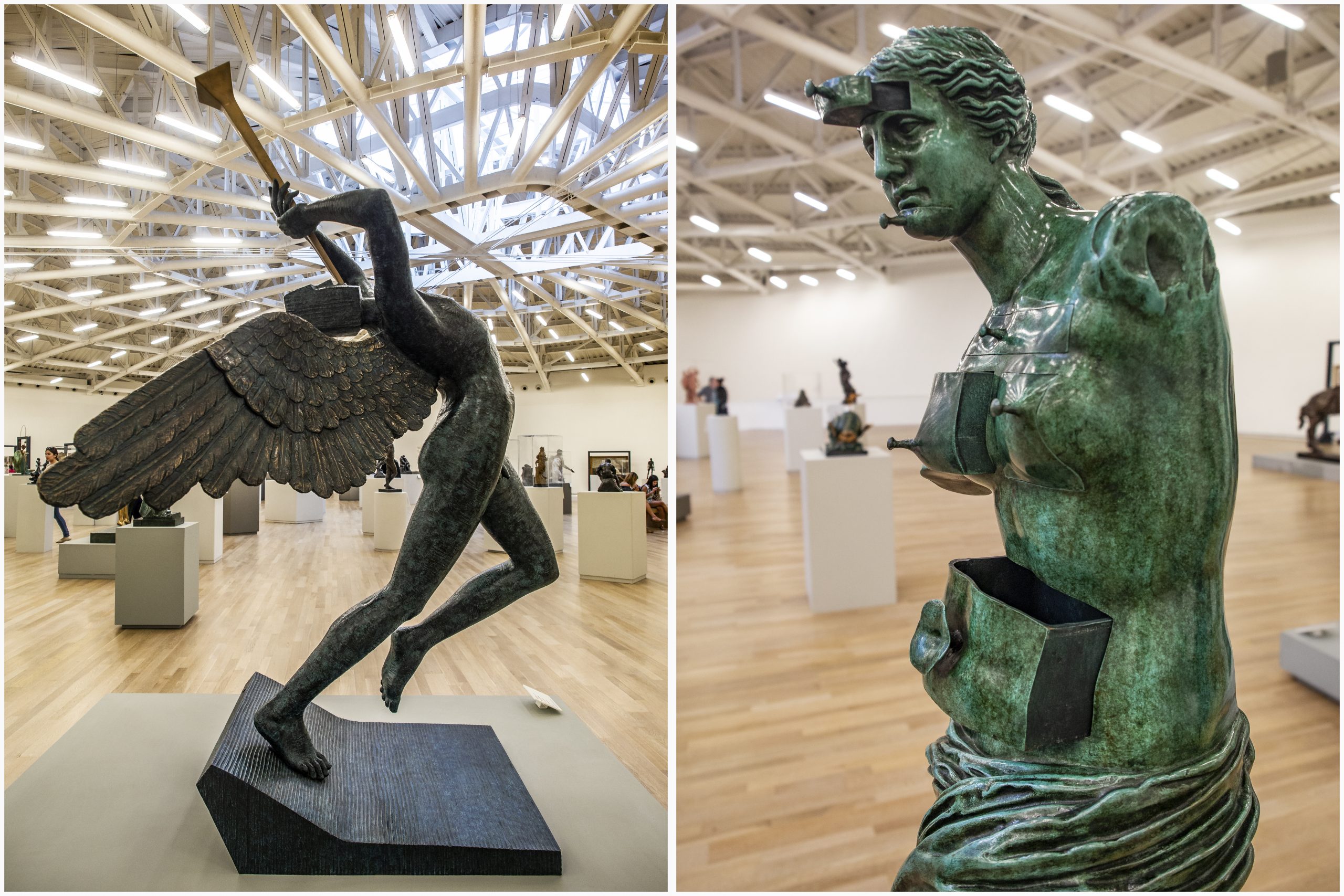 On left, “Ángel triunfante” (1976) and “Venus de Milo with Drawers” (1964) by Salvador Dalí adorn the top floor of Museo Soumaya, which is semitransparent so that it is illuminated by sunlight during the daytime. Its architectural style has been compared to that of the Selfridges Building in Birmingham, England and the Guggenheim Museum in Bilbao, Spain. 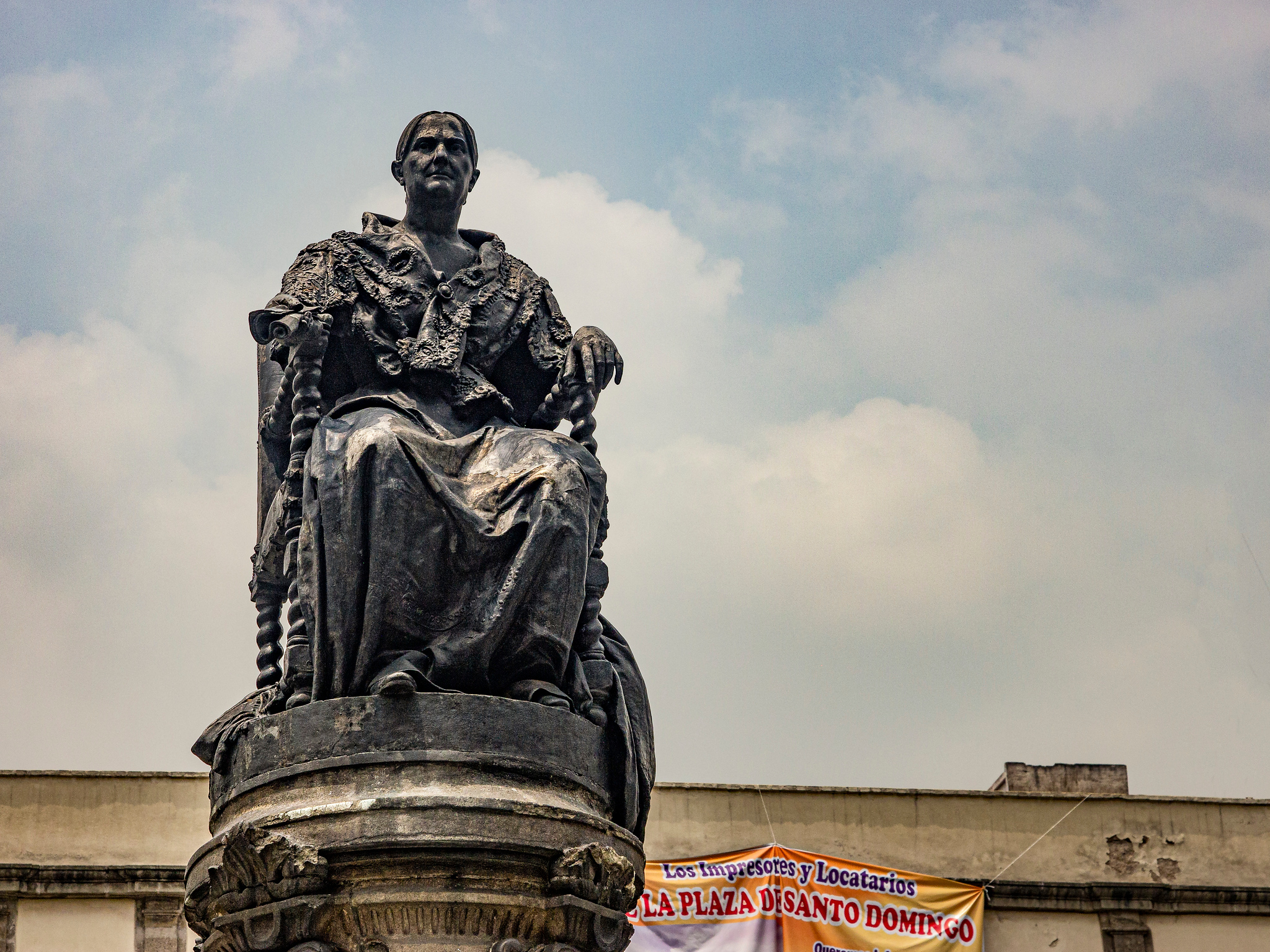 A statue of Josefa Ortiz de Dominguez, a heroine of the Mexican War of Independence, stands in the middle of the plaza across from the Church of Santo Domingo… 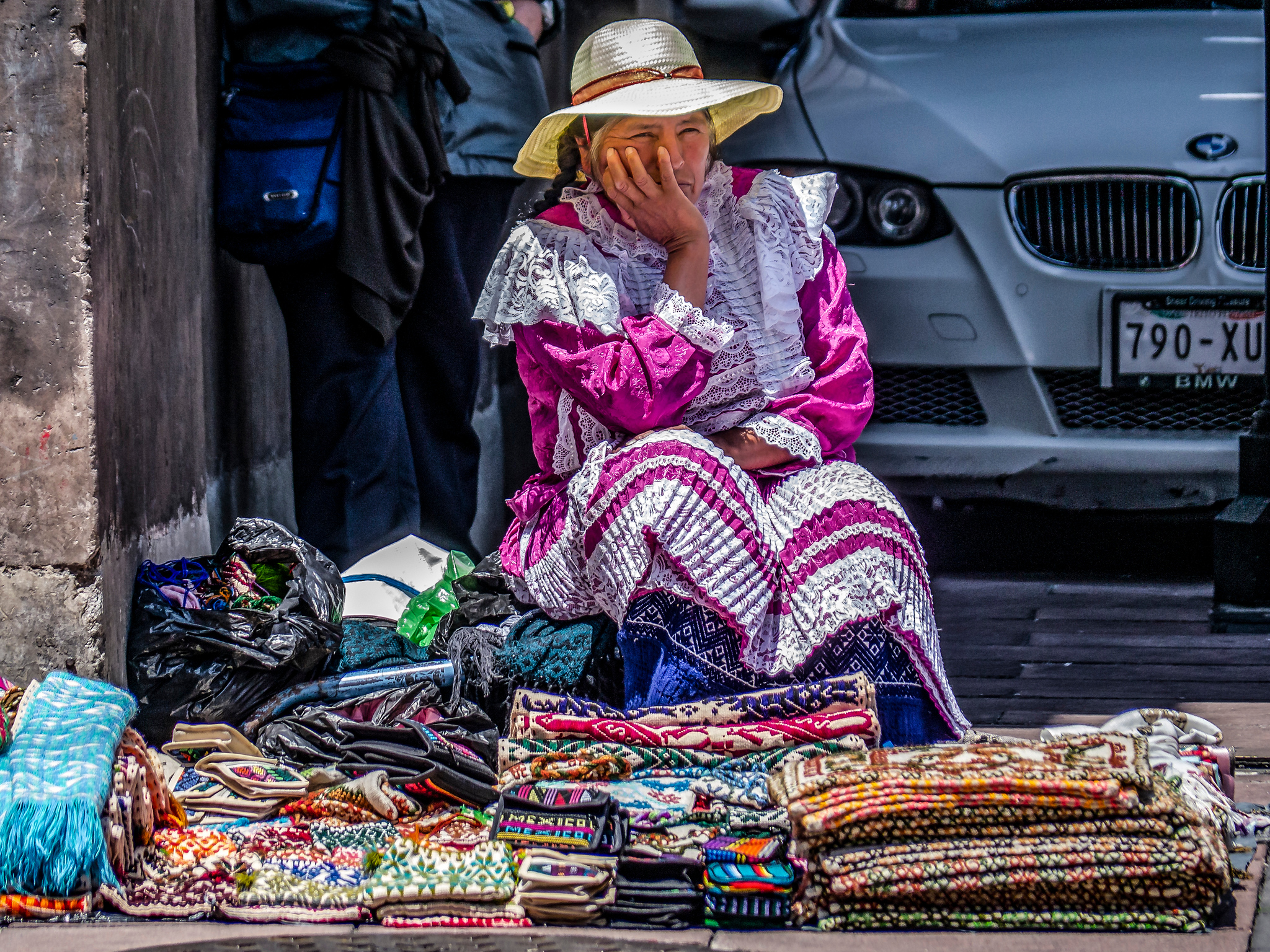 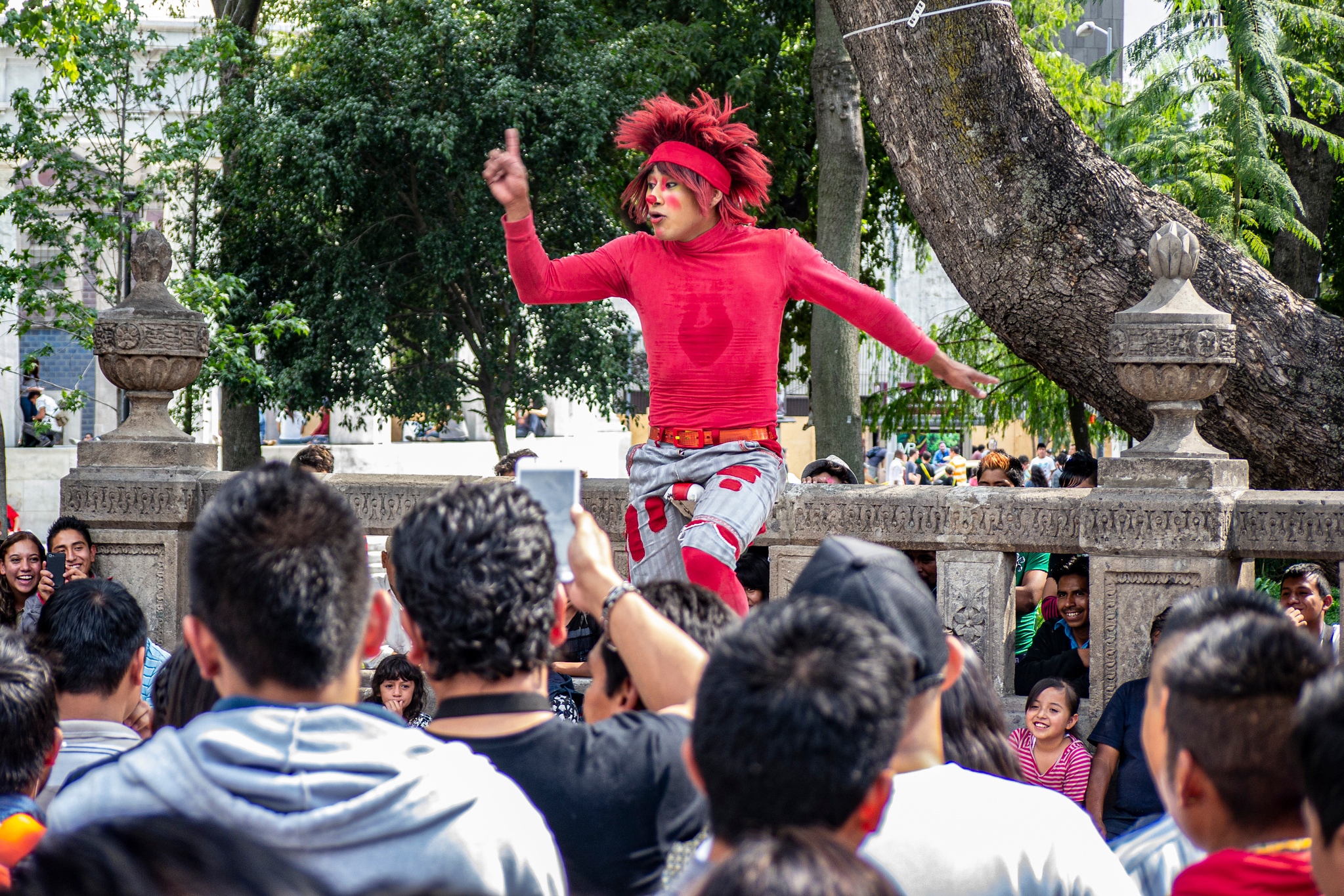 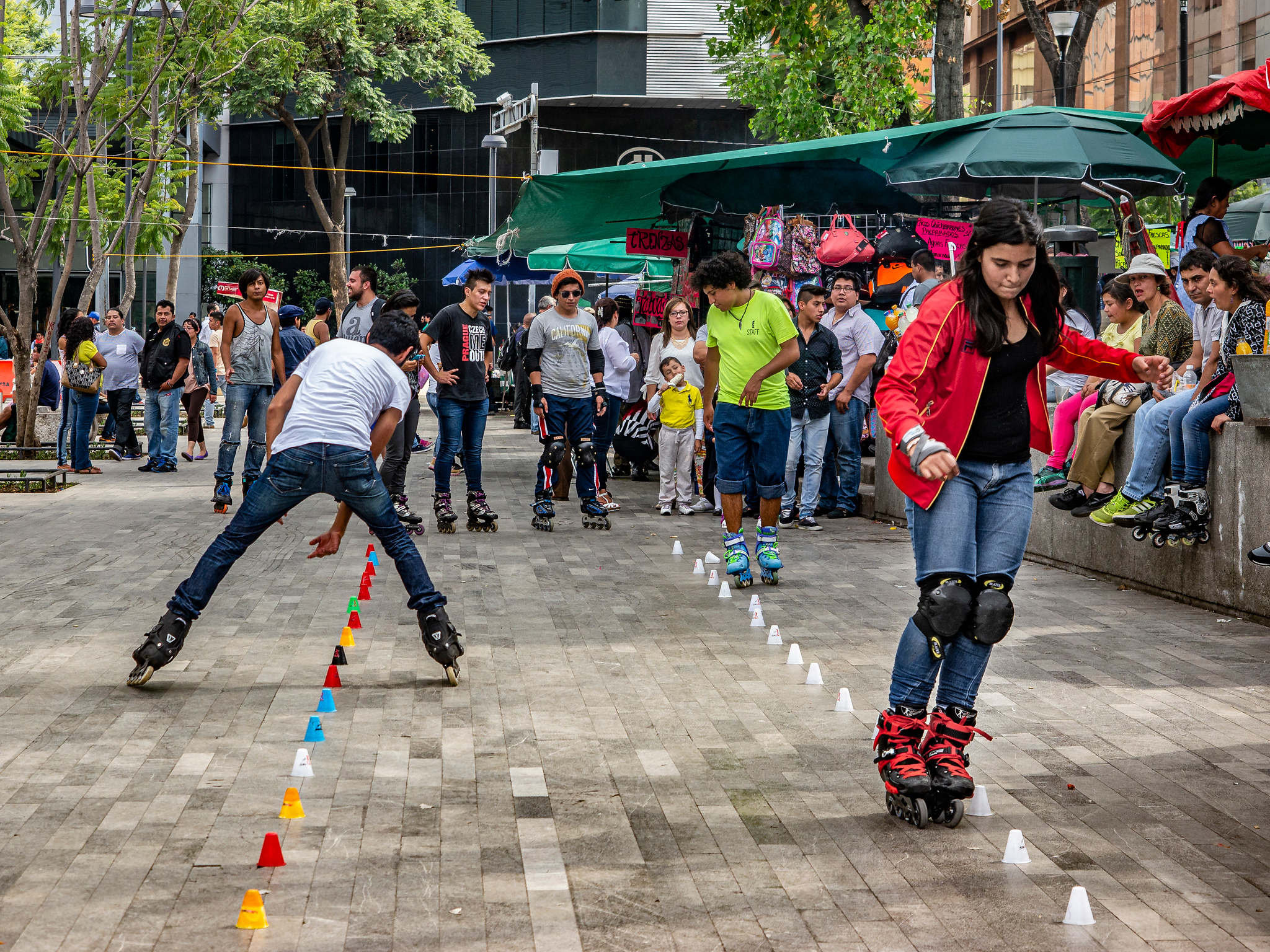 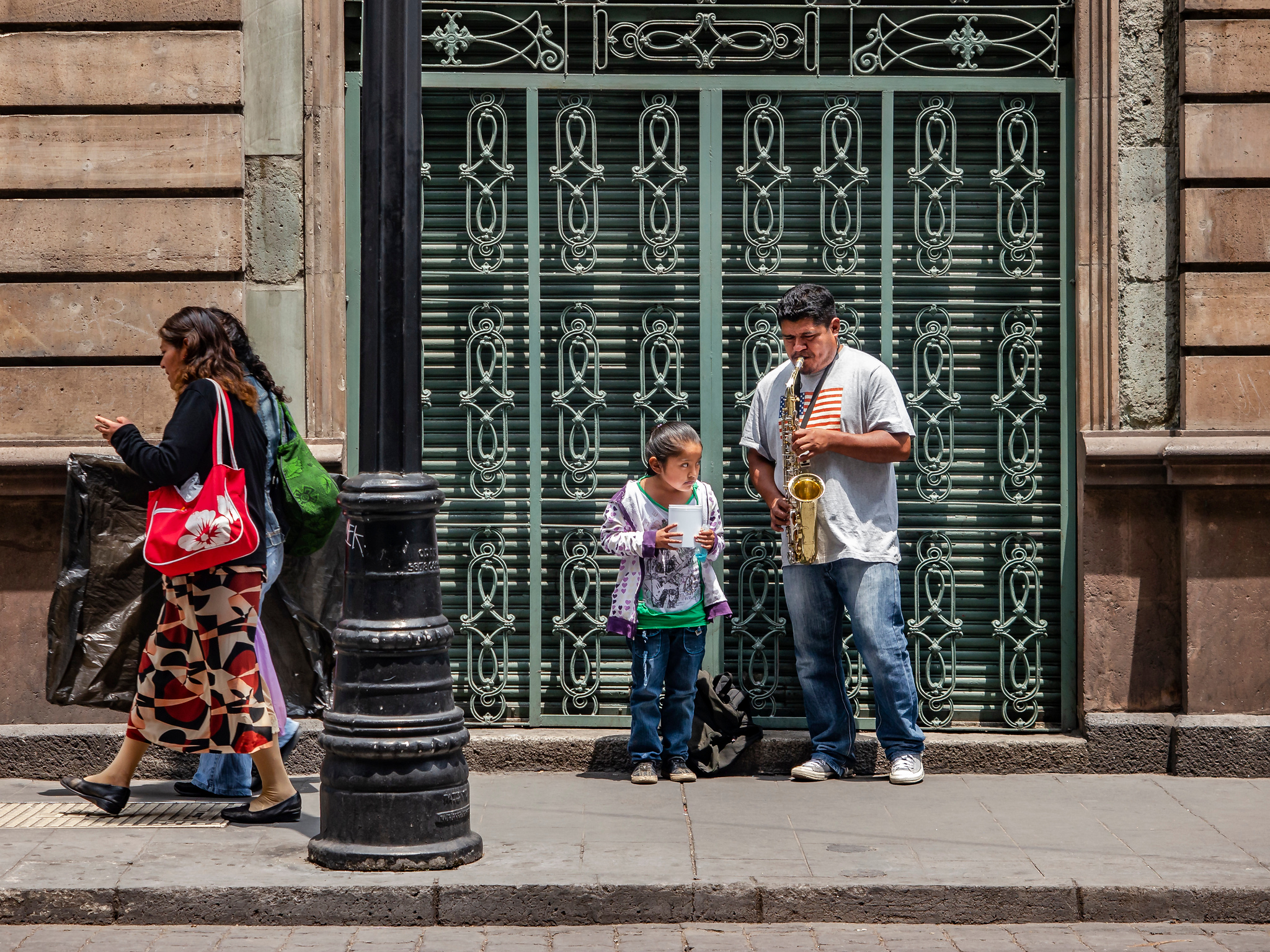 Street scenes from the bustling Centro Histórico. Mexico City is a dynamic city with much to see and do. Put it on your bucket list of places to visit before you kick the bucket. Nuff said.

Written By DanPerezPhotography On September 14, 2015