During a recent trip to Romania to attend my film screening at the ClujShorts International Short Film Festival, Mrs. Perez and I stayed in the colorful city of Cluj-Napoca (check out the beautiful photographs HERE). We also arranged a driving tour of several cities in the historical region of Transylvania in central Romania. The two day trip would start in Cluj and end in Bucharest (where our flight back to Miami awaited us). Based on several positive reviews on Tripadvisor, we booked the services of Emanuel Enache of yourguideintransylvania.com. Over the course of two days, we drove to Sibiu, Biertan, Sighișoara and Bran. Emanuel was terrific; passionate and knowledgeable about the region and during our two days, we got along like old friends. Highly recommended should you have the need for a tourguide to visit the breathtaking region of Transylvania.

Our first stop was the city of Sibiu, one of the most important cultural centers of Romania and designated the European Capital of Culture for the year 2007. Built in the 12th century by German settlers known as Transylvanian Saxons, Sibiu is home to the first hospital in Romania (1292), the first pharmacy (1494) and the oldest museum in Romania, the Brukenthal Museum, opened in 1817.

Now, as most of you know, I never travel without my camera (in this case, my Lumix GH4) and despite a mostly cloudy day with the ever-present threat of rain, I managed to squeeze off several photographs of this breathtaking city – enjoy…

Upon our arrival at Sibiu, we entered the beautiful Big Square (Piața Mare) where we encountered the Town Hall which was built in 1906 in the shape of a horseshoe. Originally built for the Agricultural Credit Bank it also was the headquarters of the Savings and Loans bank.

Across from the Town Hall was the Brukenthal Museum (Muzeul Brukenthal), founded in 1790 by Samuel Brukenthal, the governor of the province. The museum opened to the public in 1817 and is the oldest museum in Romania and one of the first museums in Europe. 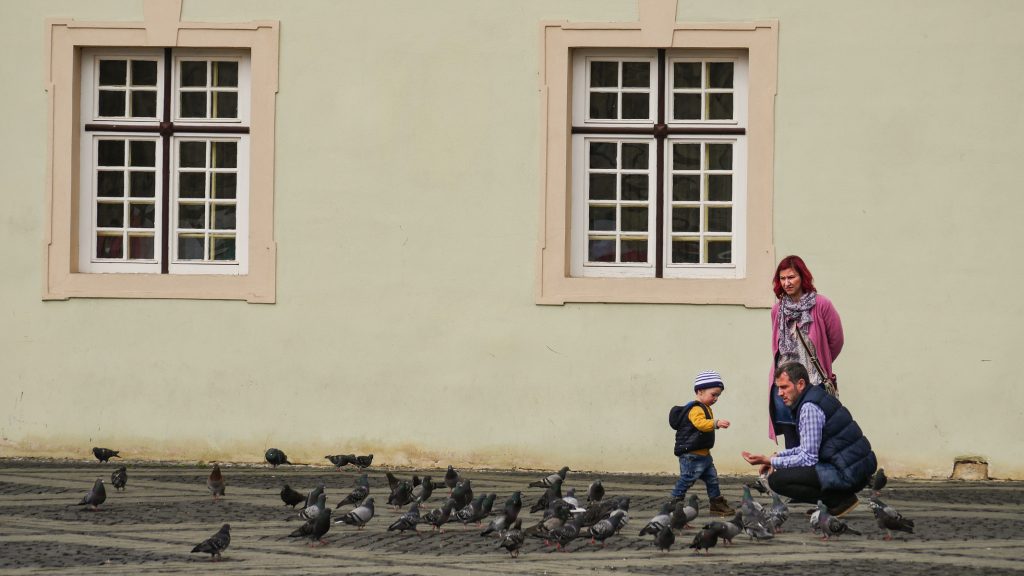 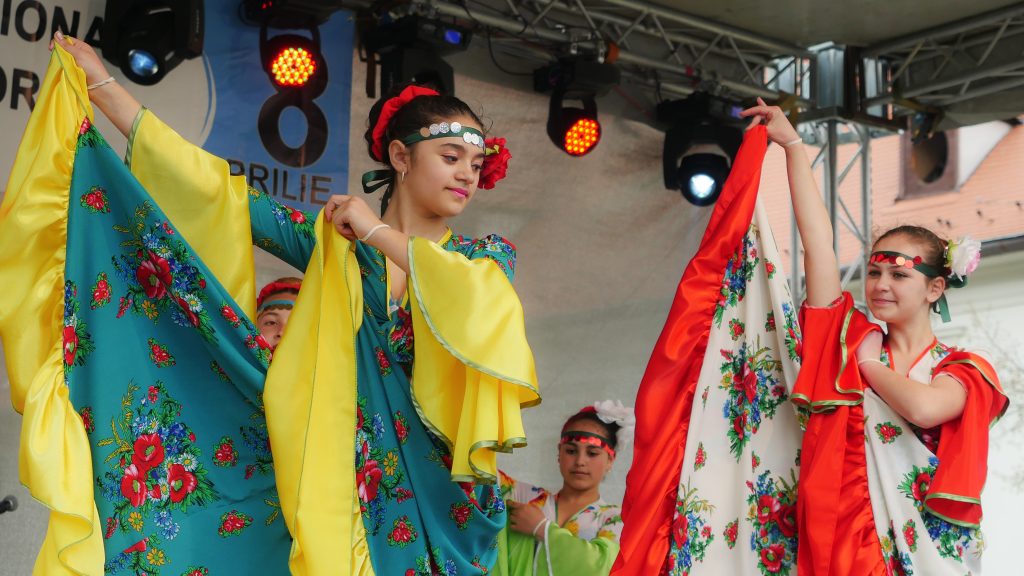 In the Square, young dancers celebrating International Roma Day (officially April 8th) and Romani culture. The Romani people (not to be confused with Romanians) are a traditionally itinerant ethnic group living mostly in Europe and the Americas, who originate from the northwestern regions of India. 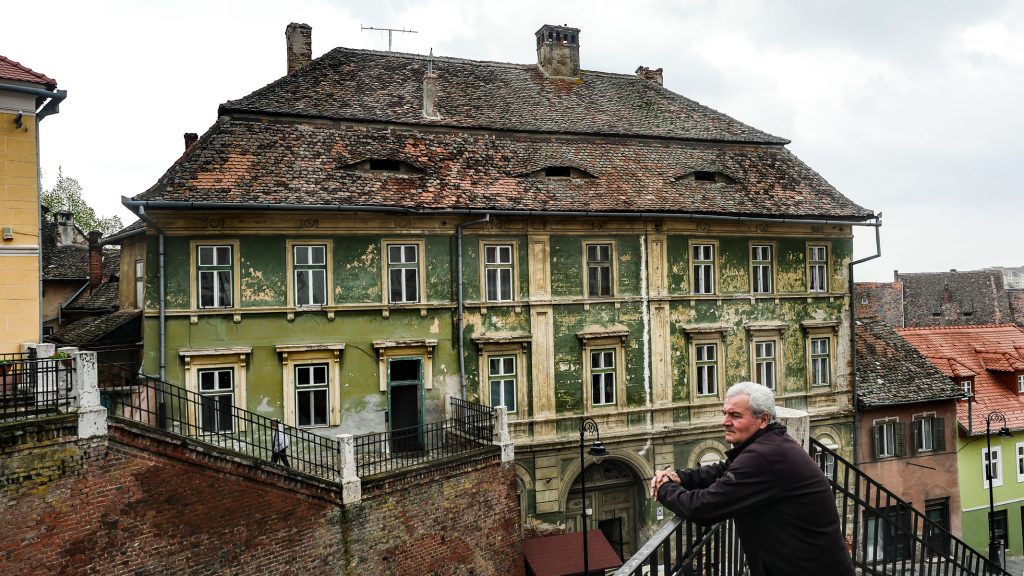 Outside the Big Square, Sibiu

Outside of Sibiu’s Big Square, we came across the Lutheran Cathedral of Saint Mary, which was built in the 14th century and for three centuries served as a burial place for the mayors, earls and other personalities from Sibiu. Outside the church is a bronze statue of Bishop Georg Daniel Teutsch by German sculptor Adolf von Donndorf. Teutsch (1817-1893) was a famous historian and bishop of Transylvania. The four turrets at the top of the bell tower were indications that the town was allowed to sentence wrong doers to death.

The church is home to a Baroque style organ made by a Slovak craftsman in 1671 which replaced the first organ brought in Sibiu in 1585. Six thousand pipes were installed in 1914, making it the largest organ in Romania.

The tombstones that covered the graves were removed from the church nave in 1853 and incorporated in the walls of the church, creating a gallery of 67 tombstones unique in Romania.

Sweeping views of Sibiu from the bell tower

Our next stop was Biertan, a commune in central Romania and one of the most important Saxon villages with fortified churches in Transylvania. The village of Biertan (German: Birthälm), first mentioned in an official document in 1283, is home to one of the largest and most impressive medieval strongholds in Transylvania. The 15th century fortified church of Biertan is perched high on a hill in the middle of the village. The King granted the town the right to bear arms when the Ottoman army was frightening the surroundings and the Transylvanian Saxons chose to build fortresses around the churches instead of the towns. Three tiers of 35-foot-high defensive walls, connected by towers and gates, encircled the complex, making the church impossible to conquer during medieval times. In 1993, the Fortified Church of Biertan was declared a UNESCO World Heritage Site (a building, city, complex, desert, forest, island, lake, monument, or mountain that is listed by the United Nations Educational, Scientific and Cultural Organization [UNESCO] as being of special cultural or physical significance).

Alas, when we arrived in Biertan, we found ourselves in the midst of a steady light rain. Here’s Mrs. Perez and I waiting out the rain (photograph by our guide Emanuel). I was, however, able to snap off a few photographs under my umbrella that will give you an idea how remarkable this place is to visit (imagine it on a sunny day!) 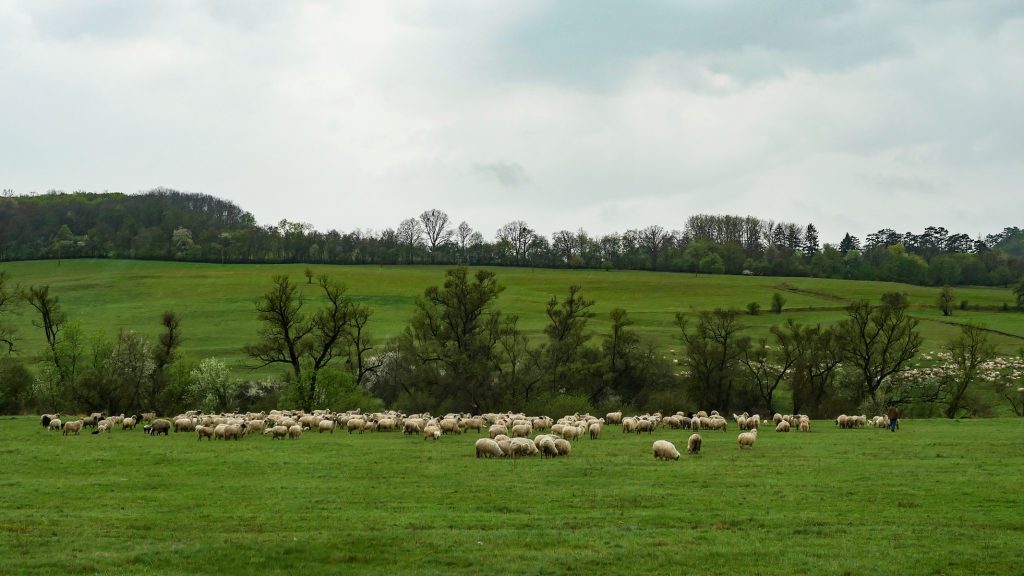 As we headed out to Brașov with our guide Emanuel, the weather (which was already crappy) took a turn for the worse… 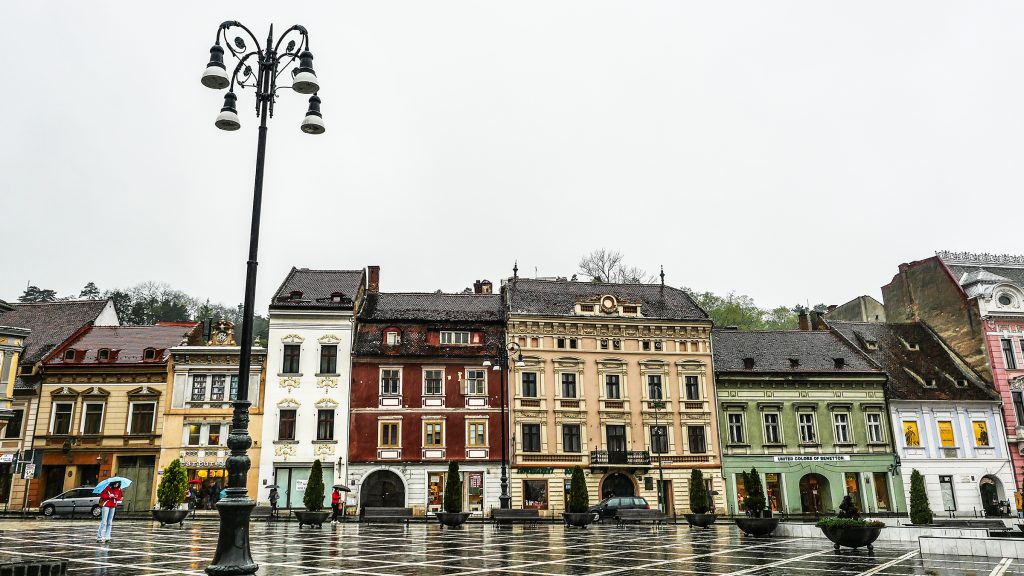 Our next stop was the city of Brașov, known for its medieval Saxon walls and bastions, the towering Gothic-style Black Church and lively cafes but we were literally rained out. Was able to snap only a few images around Piata Sfatului (Town Hall Square)

Our last stop was Bran Castle, a medieval castle believed to have once held Vlad III Dracula (aka Vlad the Impaler) prisoner after he was captured by the Hungarians in 1462. The infamous Romanian ruler was immortalized as the inspiration for Bram Stoker’s 1897 novel, “Dracula,” (there is, however, no evidence that Stoker knew anything about this castle and most historians agree that Vlad III Dracula never set foot in Bran Castle but whatever). Bran Castle was built between 1377 and 1388 atop a strategic site overlooking a heavily trafficked mountain pass between Transylvania and Wallachia, the land over which Vlad the Impaler ruled in the 15th century.

The lovely city of Sighișoara was a wash-out so we just continued on to Bucharest, our last stop. All in all, despite the rain, Transylvania had much to offer and we plan to revisit this area (and hope for sunshine) because it was one of the most beautiful regions we’ve ever visited. Hope you enjoyed the photographs.

Check out the FULL GALLERY OF IMAGES HERE

Written By DanPerezPhotography On April 19, 2016

Bucharest, Romania: "The Paris of the East"