Day of the Dead, or Día de los Muertos, is a holiday celebrated on November 1st throughout Latin America but is most strongly associated with Mexico, where the tradition originated. Assured that the dead would be insulted by mourning or sadness, Dia de los Muertos honors the dead with festivals and lively celebrations that dates back to the Aztecs. The most familiar symbol of Dia de los Muertos may be the calacas and calaveras (skeletons and skulls), which appear everywhere during the holiday as parade masks and dolls.

One such festival celebrated its 10th year right here in Downtown Fort Lauderdale this past Saturday. The Florida Day of the Dead Celebration, a free South Florida signature event held every November 2nd, maintains and respects the cultural essence of the Day of the Dead tradition, but also interjects a modern aesthetic as envisioned by regional artists. The event features plenty of food trucks, live music, folk dancers, interactive street performers and plenty of painted faces – and it’s a family-friendly event.

Hammond’s hard work has paid off. The Travel Channel, Thrillist, mymodernmet and USA Today have all named the Florida Day of the Dead in their respective lists of best Day of the Dead celebrations in the United States.

I visited the festival for the first time last year (pics HERE) and returned this past Saturday armed with my Pentax K-1. I think that after viewing the photographs, you’ll see what all the fuss is about. See you next year… 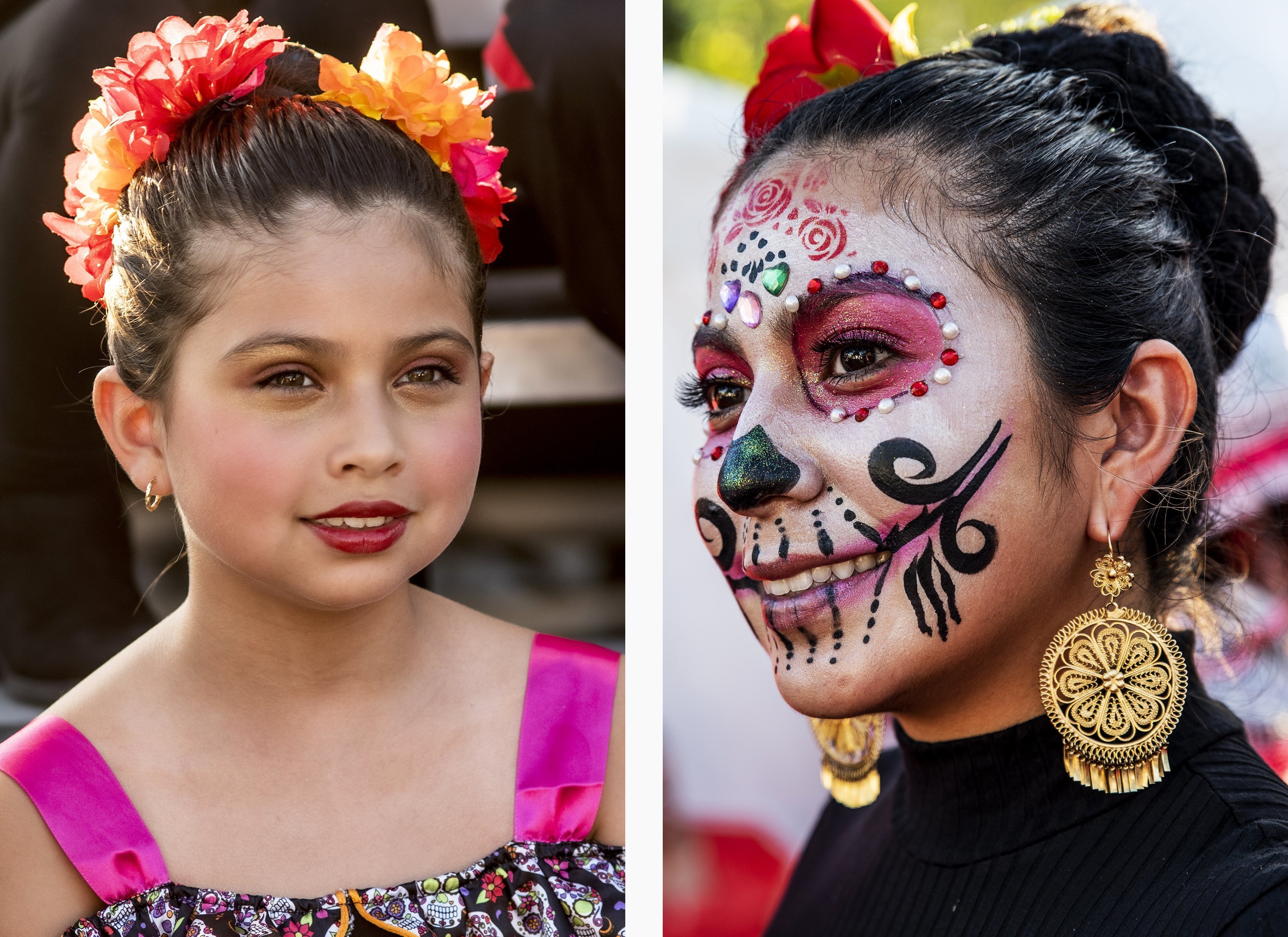 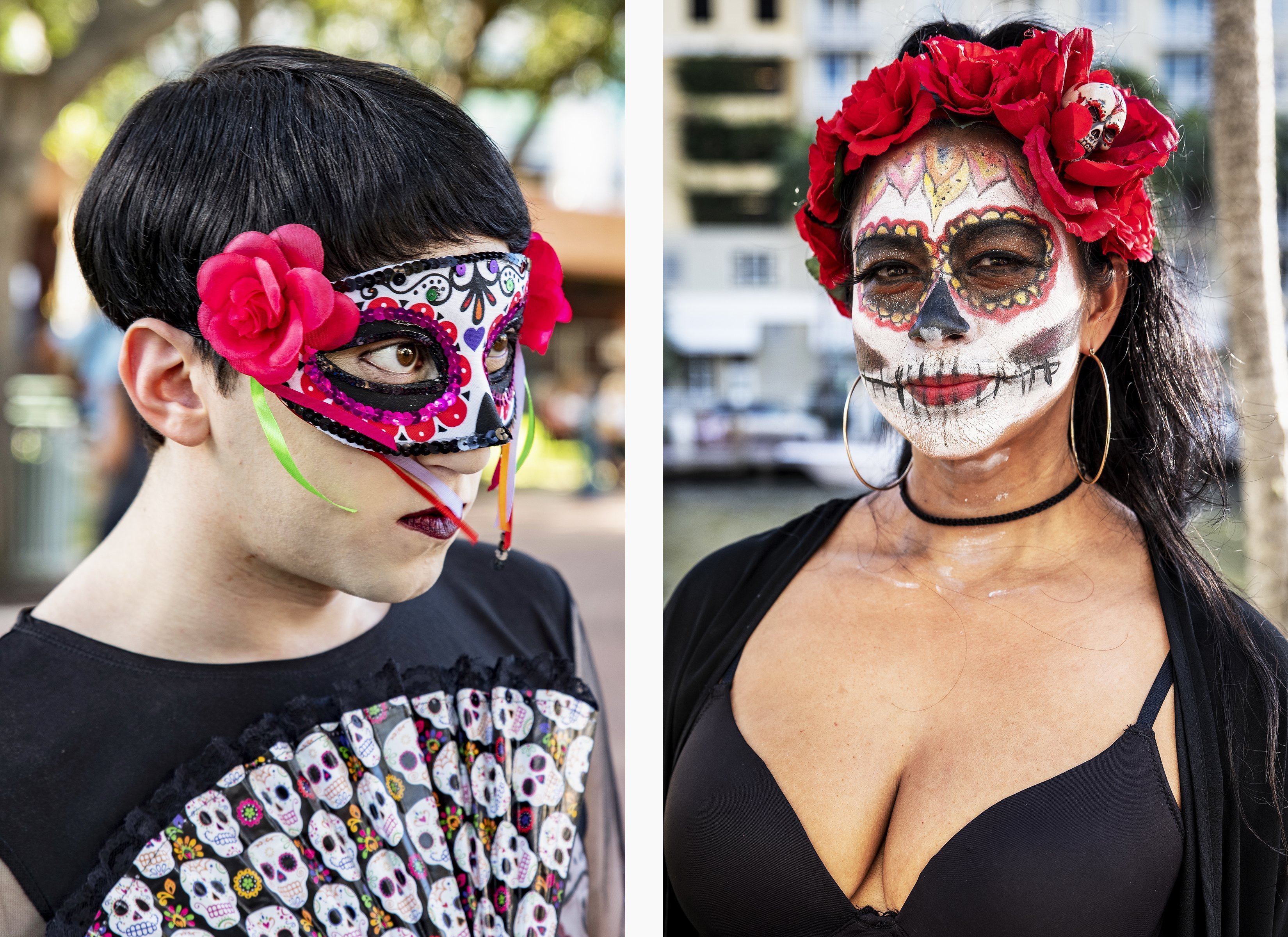 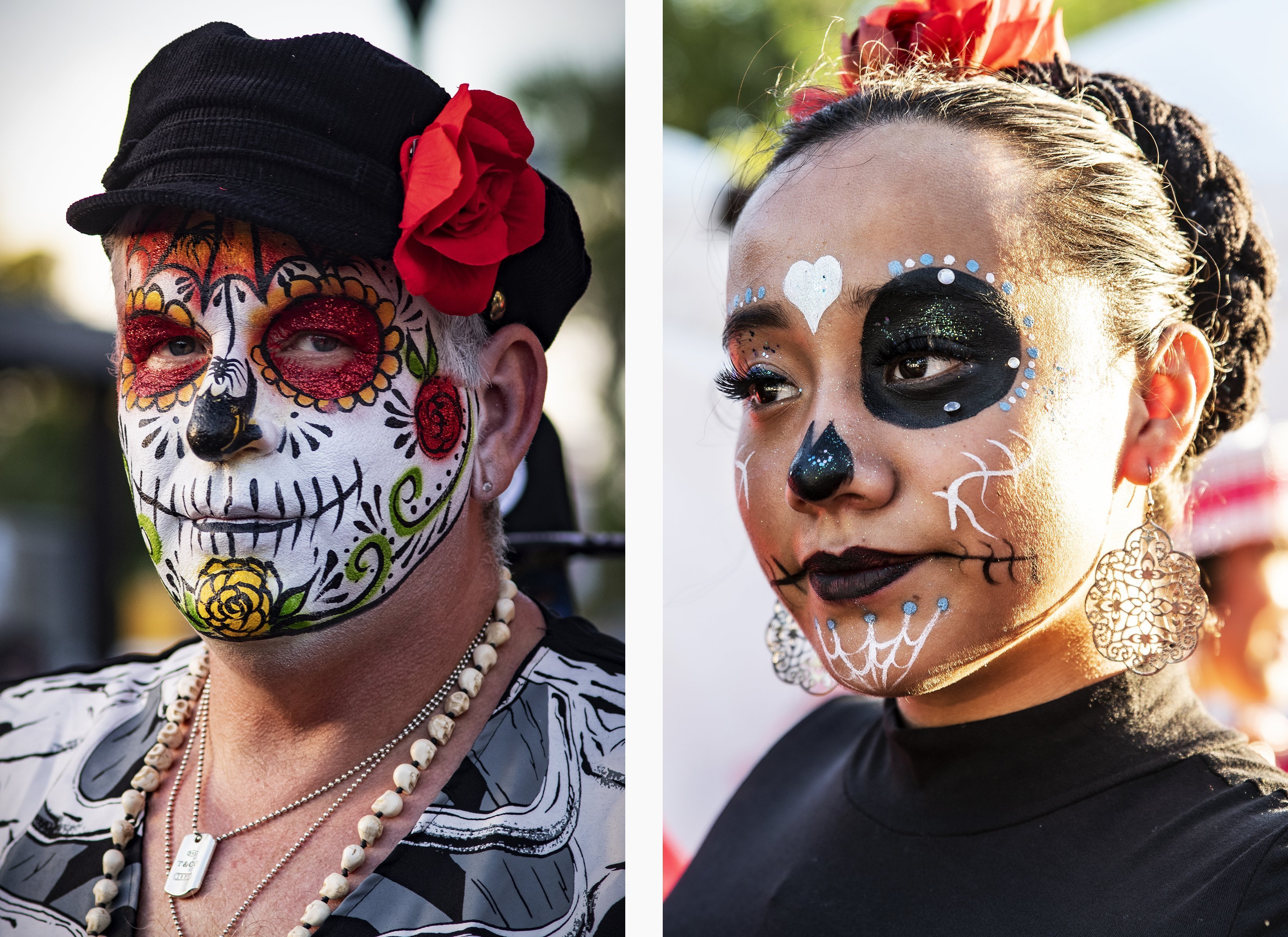 Aztec Dancers (technically known as concheros) are bedecked in feathered headdresses (penachos), scanty pieces of cloth decorated with vibrant figures and designs, as well as the famed shell-embellished ankle cuffs. The Concheros dance, also known as the Chichimecas, Aztecas and Mexicas, is an important traditional dance and ceremony which has been performed in Mexico since early in the colonial period {you can view my photographs of Aztec dancers in Mexico City HERE} 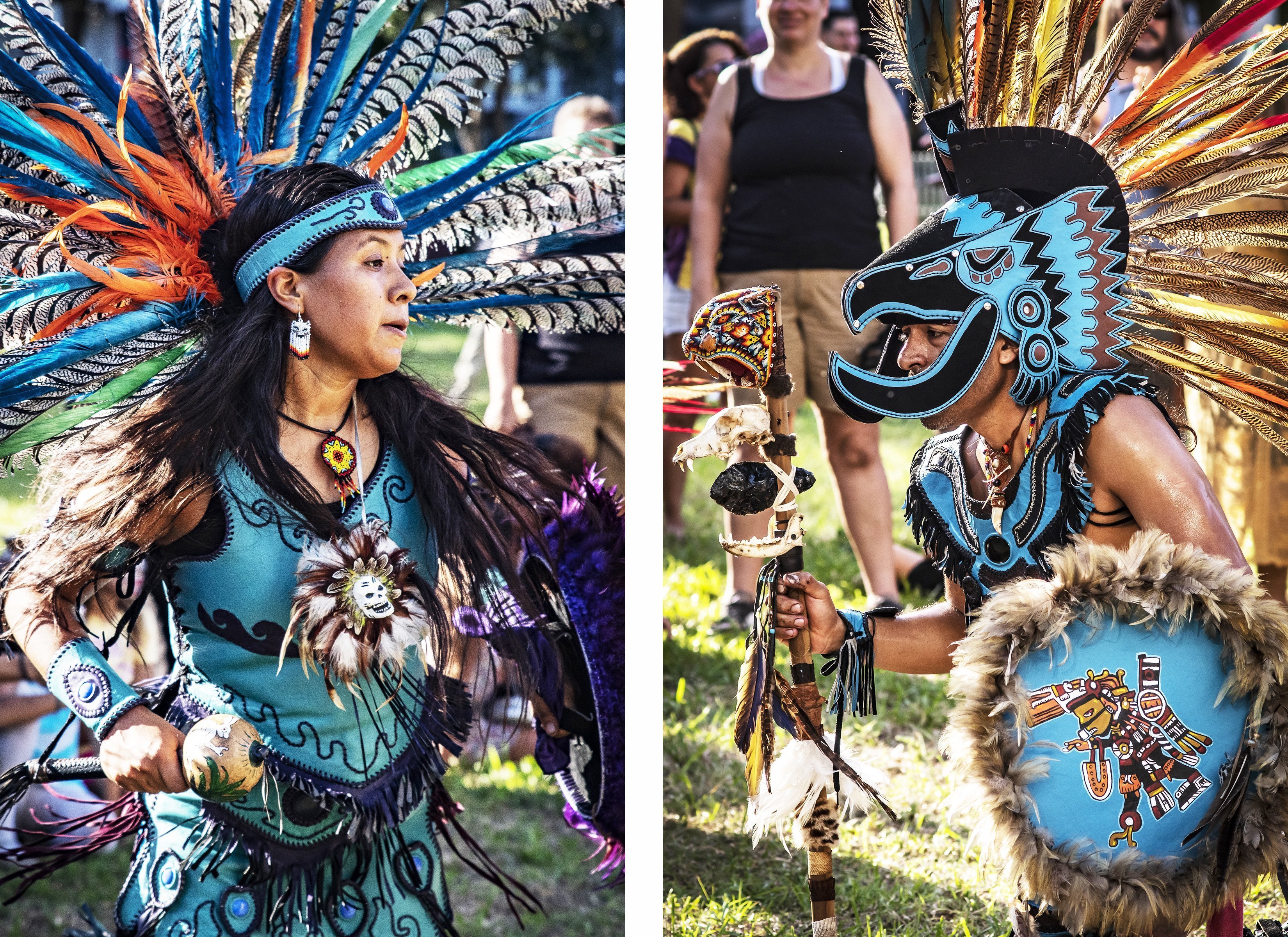 The Skeleton Processional, with more than 80 large puppets on parade, typically begins at 6:00 p.m. in Huizenga Plaza and culminates in an expanded, family-friendly 7 p.m. block party outside Revolution Live in the historic Himmarshee District.

ON STAGE (AND OFF)

The Florida Day of the Dead is presented in partnership with the Mexican Consulate in Miami so the high bar that Hammond sets for the event’s authenticity demands unreserved attention; that includes the highly entertaining cultural performances that take the stage throughout the day…

Florida Day of the Dead founder Jim Hammond (on right) and Jonathan Chait, the Consul General of México in Miami took to the stage to kick off the post-procession performances…

Los Hermanos Mora Arriaga are a Mexican family of 15 from the same mother and father – all of them top-shelf musicians. They’ve performed Mariachi music all over the world and they also host the Miami Mariachi Conservatory where underprivileged children learn Mariachi music from the family members themselves. Their performance was one of the highlights of last year’s event and they did not disappoint this year…

And a good time was had by all. Follow the Florida Day of the Dead on Facebook and stay up to date with news and details for next year’s event. See you there…

Written By DanPerezPhotography On November 4, 2019