In the summer of 2019, ArtServe, a Fort Lauderdale based non-profit organization that fosters and promotes artistic growth in South Florida, unveiled its new vision for artistic diversity, community advancement and creative experimentation with the launch of “HOME: An Artistic Celebration of Community”.

‘HOME’ explored metaphors of habitat and the related idea of belonging; the multi-disciplinary exhibition included the unveiling of ArtServe’s 30th Anniversary artistic season, a gallery display by local visual artists and a performance art piece featuring Isanusi Garcia Rodriguez, a former former leading dancer with Miami City Ballet and member of the Cuban National Ballet and his mother, Perla, a renowned former ballet dancer from Cuba.

My contribution to ‘HOME’ was a series of photographs that documented the rehearsal sessions with (mainly) Isanusi, his mother Perla, and spoken word artist Frankie Red. ArtServe’s Dario J. Moore, a Broward-based director and choreographer, was tasked with bringing the concept of ‘home’ to life.

The photographs were displayed at the VIP Preview Night this past August 22nd and the exhibit was on display through September 27 in the ArtServe Gallery. Special thanks to ArtServe Executive Director Craig W. Johnson, ArtServe Marketing manager Ed King and ArtServe Curator Sophie Bonet for allowing me to be a part of this very special exhibition.

Not sure why I’ve waited this long to post the photographs considering how proud I am of them. So here is Part I of a five-part series. This first set of photographs documents the initial brainstorming session at ArtServe and the very first rehearsal. Hope you enjoy them…

When the creative brainstorming session was over, a dance routine to music and a spoken word segment were agreed upon but now the real work had to be put in. The first rehearsal was scheduled for the following week, let’s get to it…

The very first rehearsal, which was held at ArtServe, consisted of only Isanusi, his mother Perla and choreographer Dario Moore. The focus was getting the dancers on the same page as the music and the spoken word aspect of the performance (written by Frankie Red).

As a photographer, my focus was allowing the performers their proper space while not “boxing” them into tight shots in my compositions but allowing the space of the room to play a role in my images.

After a very challenging first rehearsal, it was on to the next one. Join me there by clicking the image below… 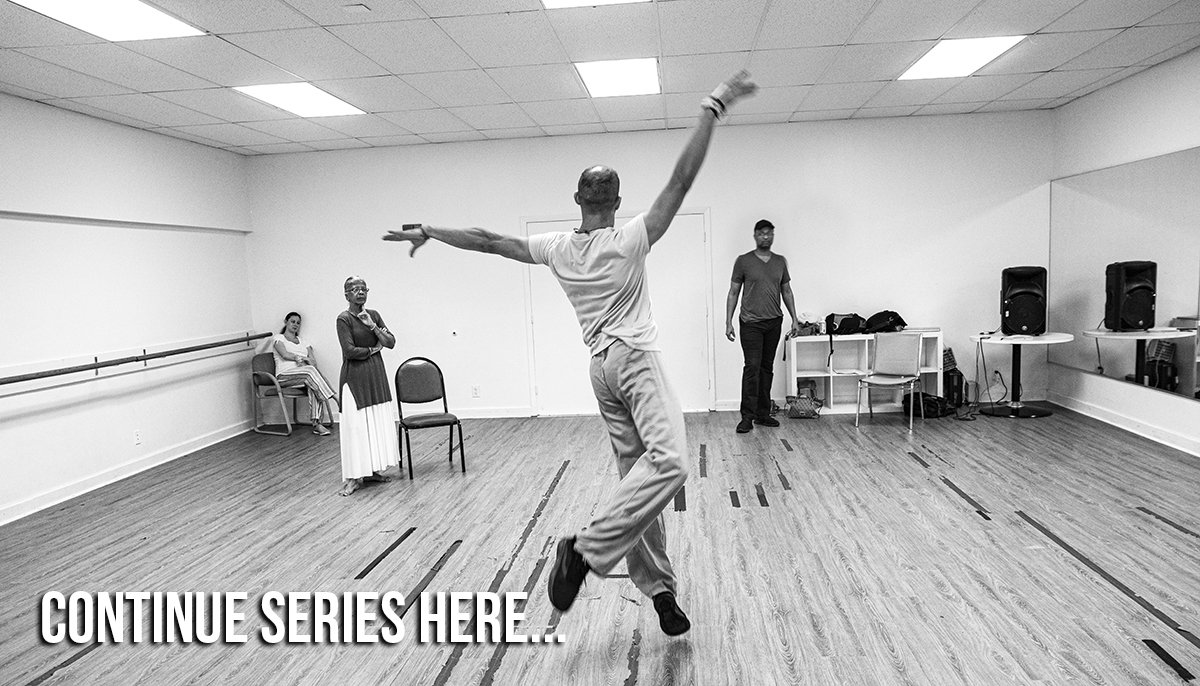 Written By DanPerezPhotography On October 5, 2020