Now, anyone who knows me knows I love a good art museum. Wherever I travel, one of the first things I check for is if they have an art museum nearby. That said, during my first visit to Mexico City with my wife back in 2015 (check out the photo gallery HERE), I made sure to pay a visit to the Museo Nacional de Arte (MUNAL), which was walking distance from our hotel, the lovely Hotel Catedral located right in the heart of in the historical center of Mexico City. During my trip to Mexico last month, I wanted to share that same experience with my daughter, who has also developed an interest in art museums (wonder where she got that from?). And in case you missed the first series of photographs from our trip, check out the images of Mexico City HERE. 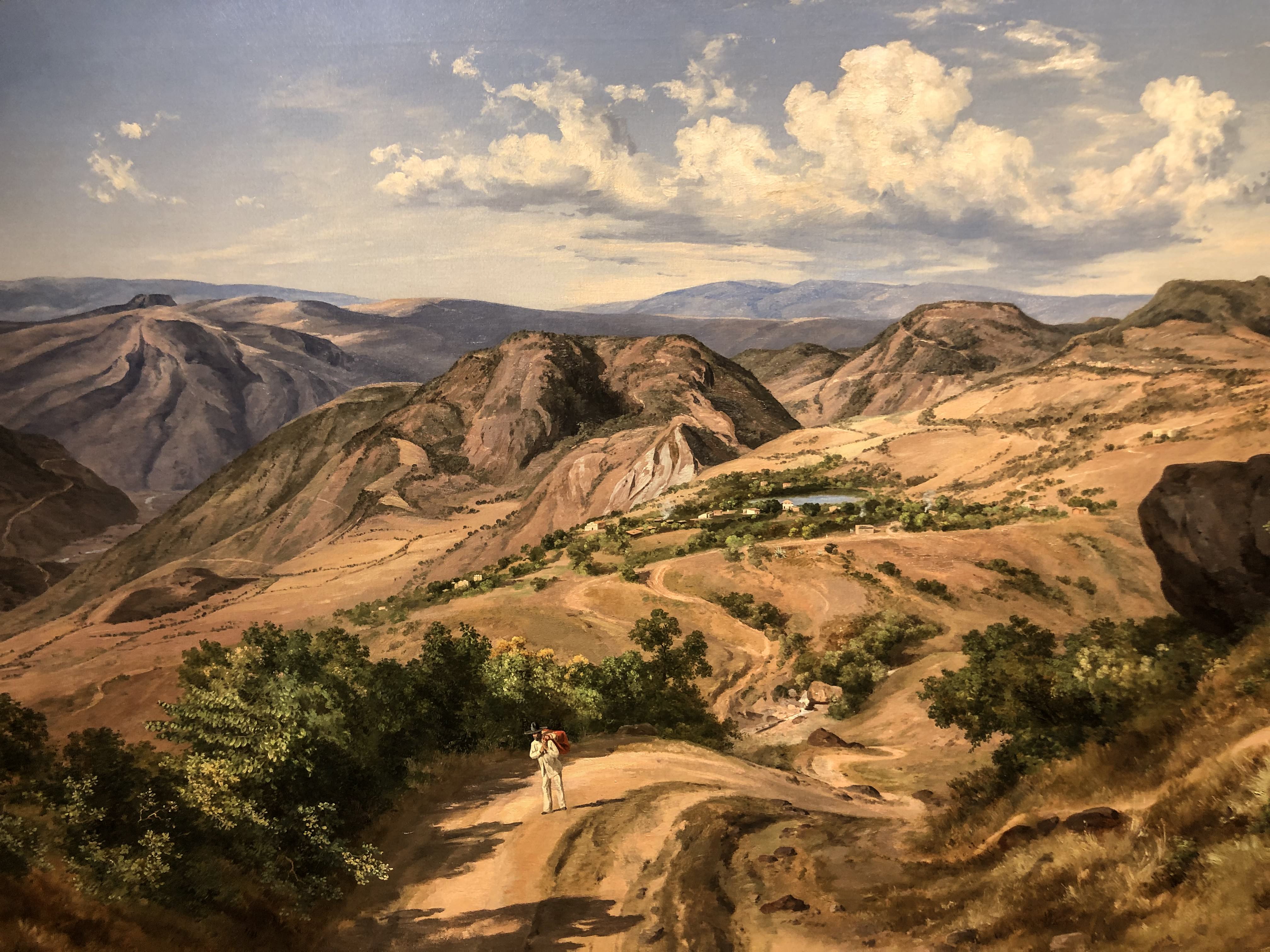 The Mexican National Art Museum, formerly known as the Communications Palace, was built between 1905 and 1911 by the Italian architect Silvio Contri and is one of the most accomplished and representative buildings of the early 20th century Mexican architecture. The Museo Nacional de Arte was founded in 1982 and currently focuses on the exhibition, study and diffusion of Mexican and international art from the 16th century to the 1950s. 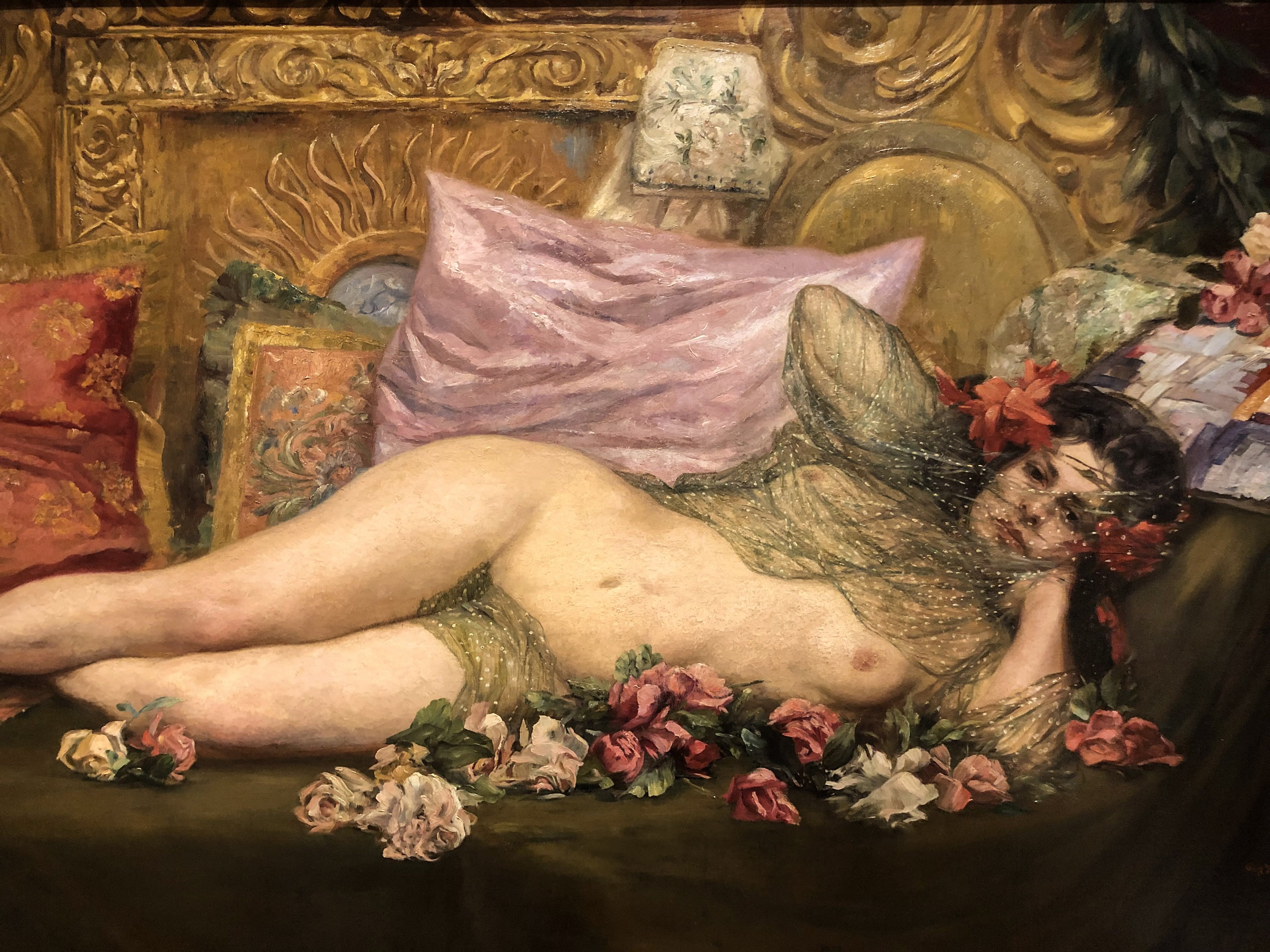 The decorative elements of the building were done by the Coppedé family of Florence, who designed the door knockers, the window frames, the leaded crystal, the stonework, the furniture, lamps and ironwork among many other elements. Over the years, much of the Palace deteriorated until around 2000, when Project MUNAL restored the palace to its original look, while also adding the latest technology for the preservation of artistic works. And what a job they’ve done – the interior of the museum is stunning. The cost to enter is $65 (about $3.40 US) and an extra $5 (about 25 cents) should you wish to take photographs. I paid the $5, here are the pics…

Outside the museum stands the equestrian statue of Charles IV of Spain (also known as El Caballito), then the last ruler of the New Spain (later Mexico). The statue was cast by Manuel Tolsá, a prolific Neoclassical architect and sculptor in Spain and Mexico, and is the second largest cast bronze statue in the world. Charles IV, king of Spain (1788–1808) during the turbulent period of the French Revolution, had a rather disappointing reign. An aborted coup by his own son, Crown Prince Ferdinand, in 1807, ensuing riots and a revolt forced the king to abdicate on March 19, 1808 in favor of his son.

In 1821, due to anti-Hispanic sentiment manifesting during the Mexican independence, the people called for the destruction of the monument. The statue was saved by Lucas Alamán (a Mexican scientist, conservative politician, and writer), who convinced Guadalupe Victoria (a Mexican general and political leader who fought for independence against the Spanish Empire in the Mexican War of Independence) to retain the statue on the merit of its aesthetic qualities. And yes, it appears to be a fine place for an afternoon nap. 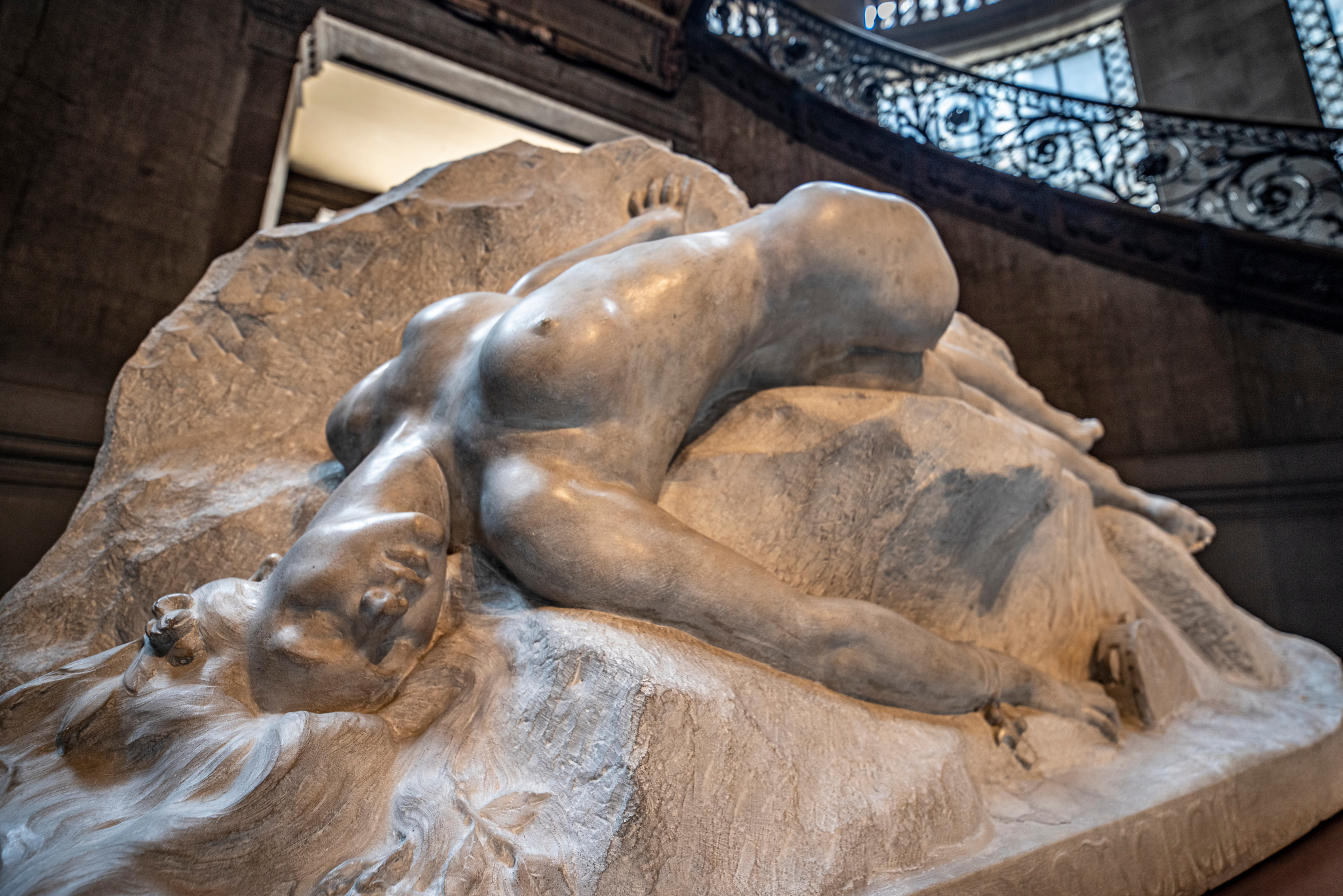 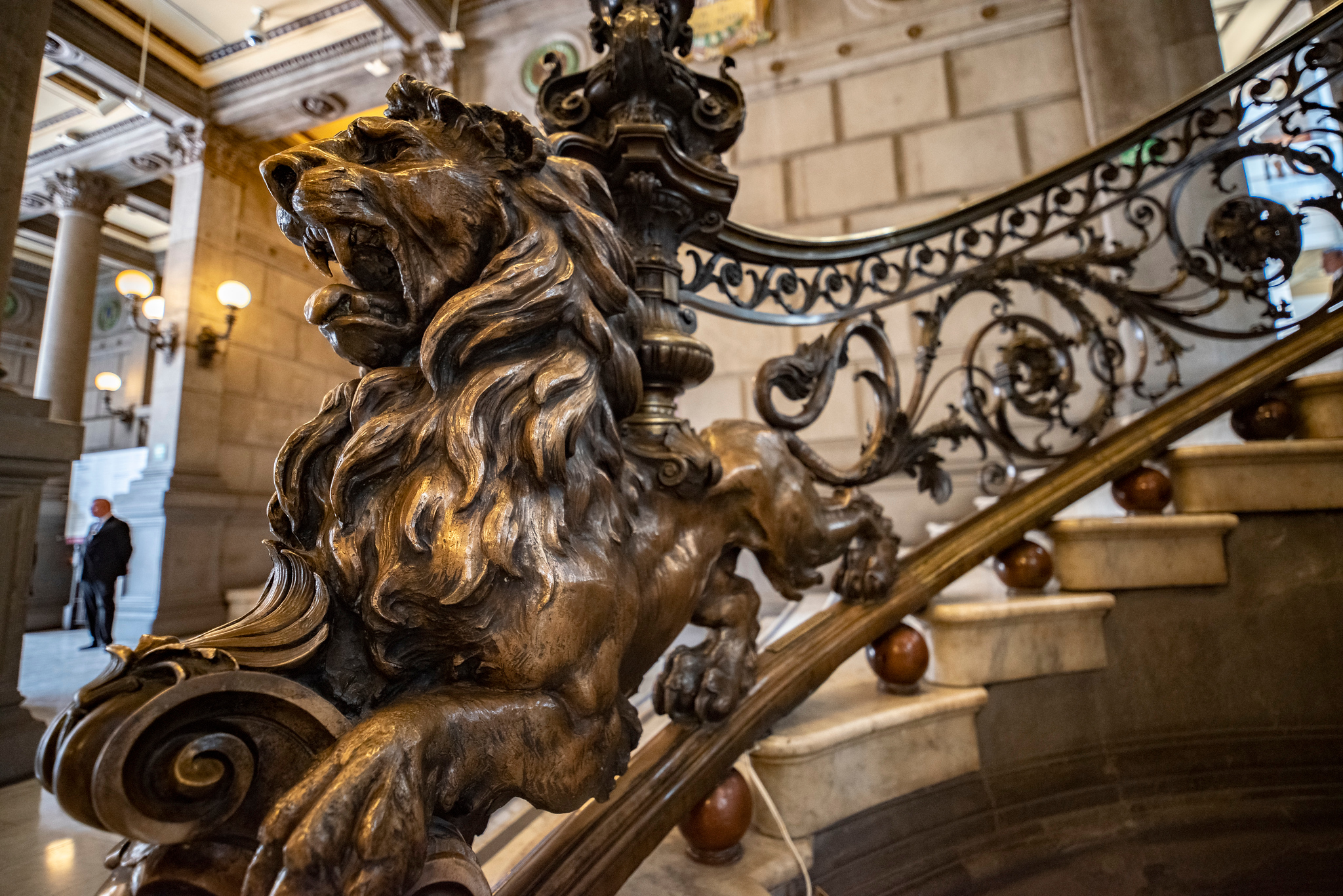 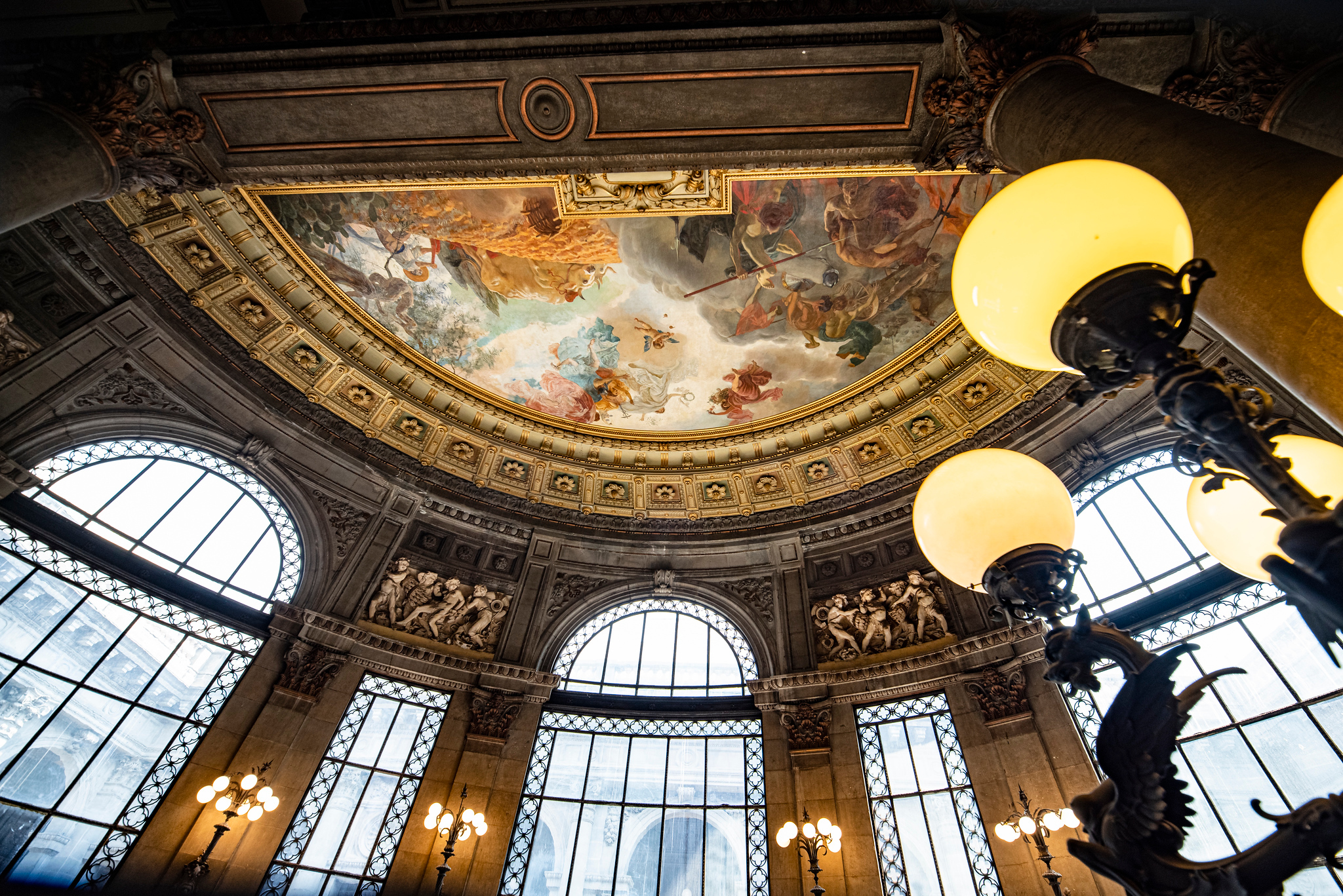 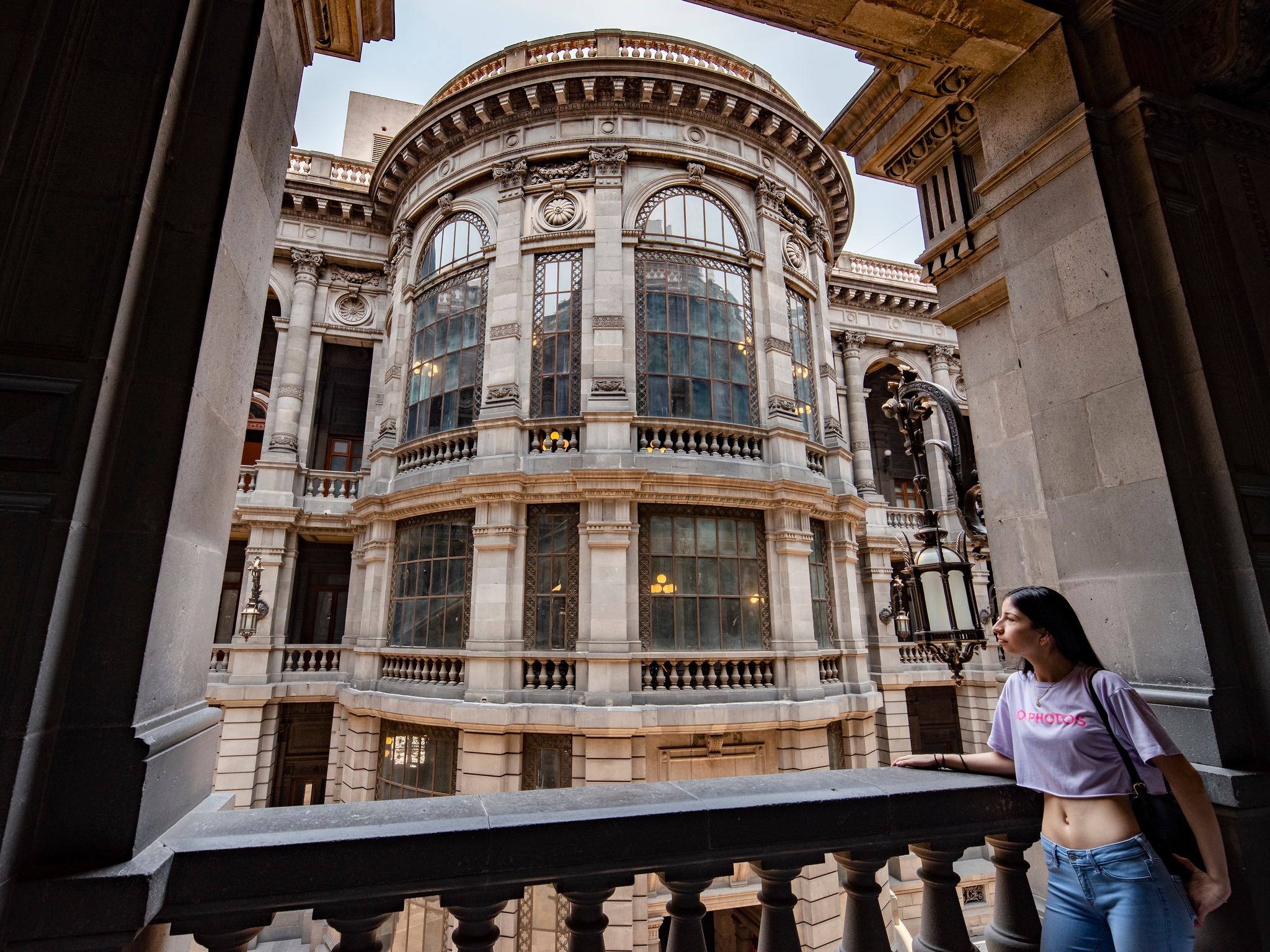 The majestic Reception Hall is on the second floor and designed to imitate the splendor of similar halls in Europe. It is profusely decorated with precious metal and crystal ornaments as well as allegorical murals dedicated to themes such as science, the arts, liberty, history, work and progress.

Mural on the ceiling of the main stairway in the museum…

“Valle de México desde el cerro de Santa Isabel” (1875) by José María Velasco, most famous as a painter who made Mexican geography a symbol of national identity through his paintings… 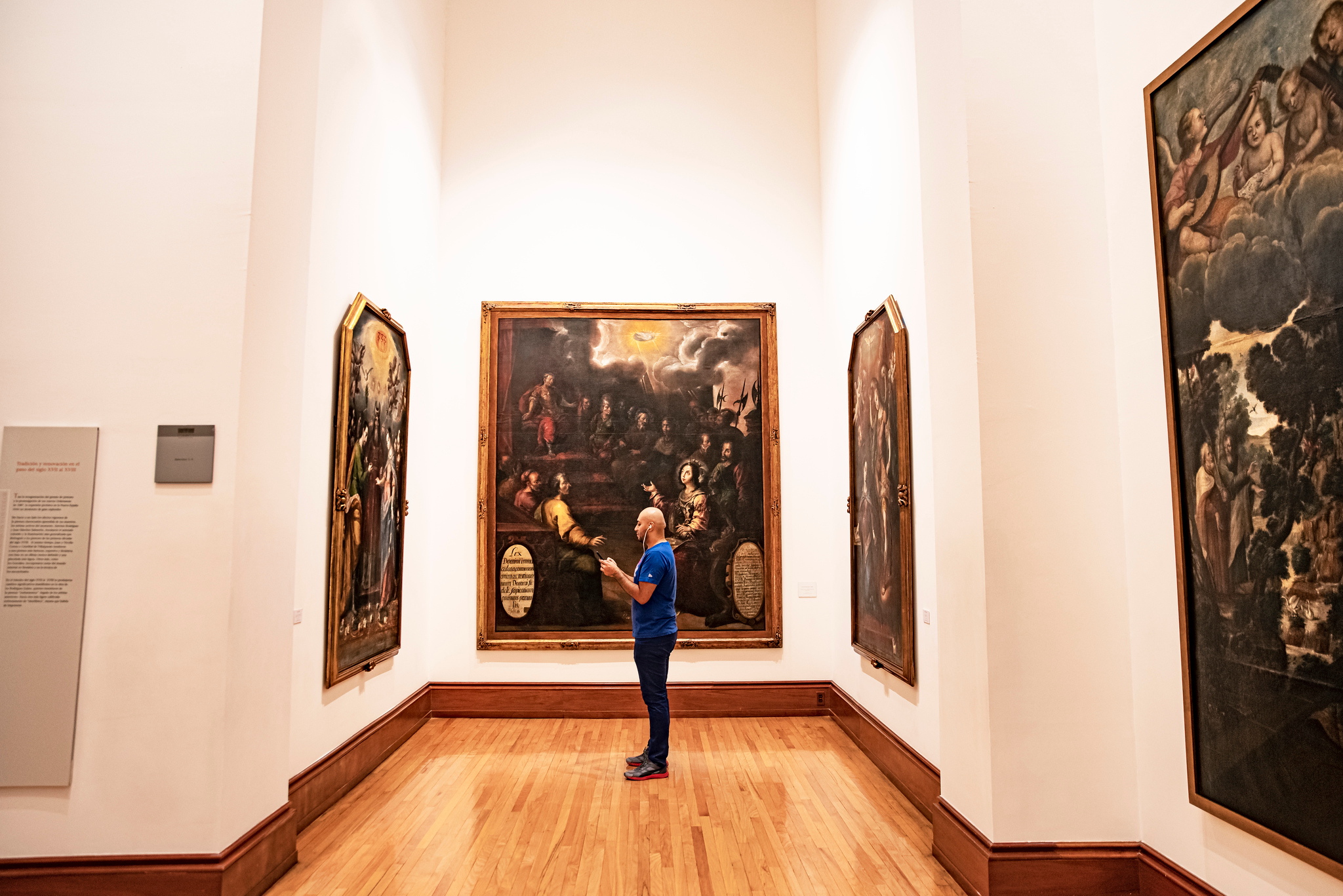 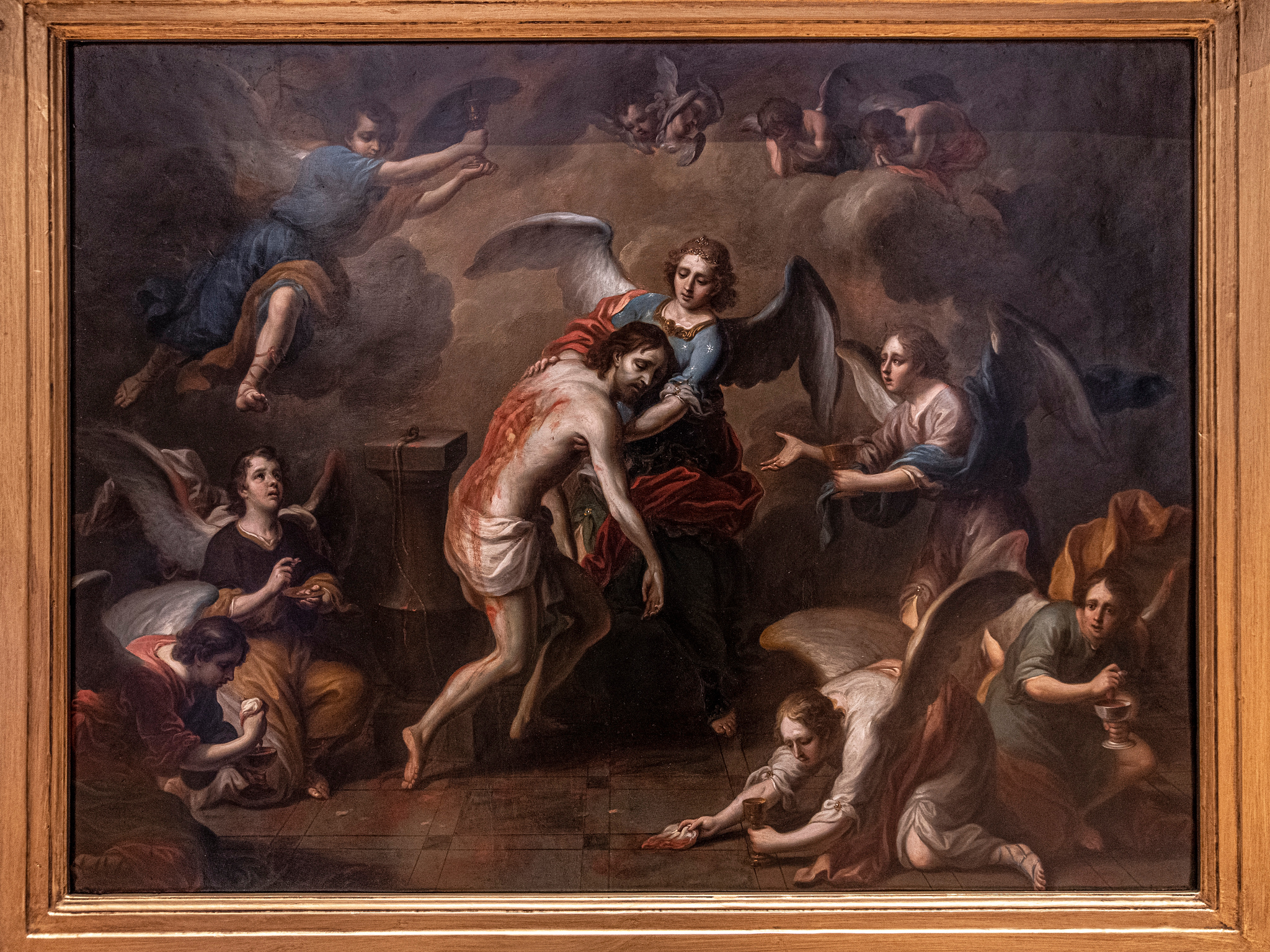 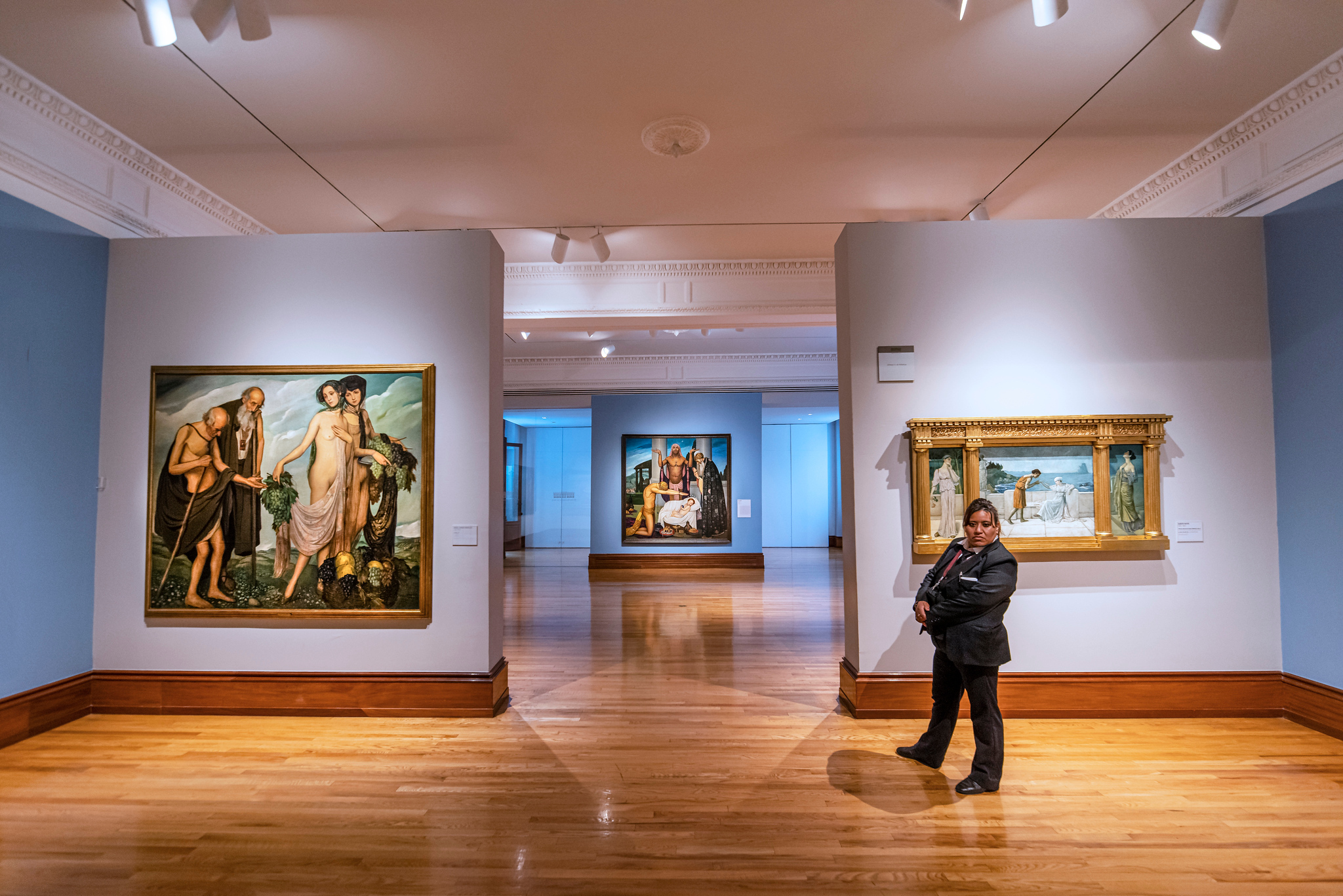 One last look around before heading out… 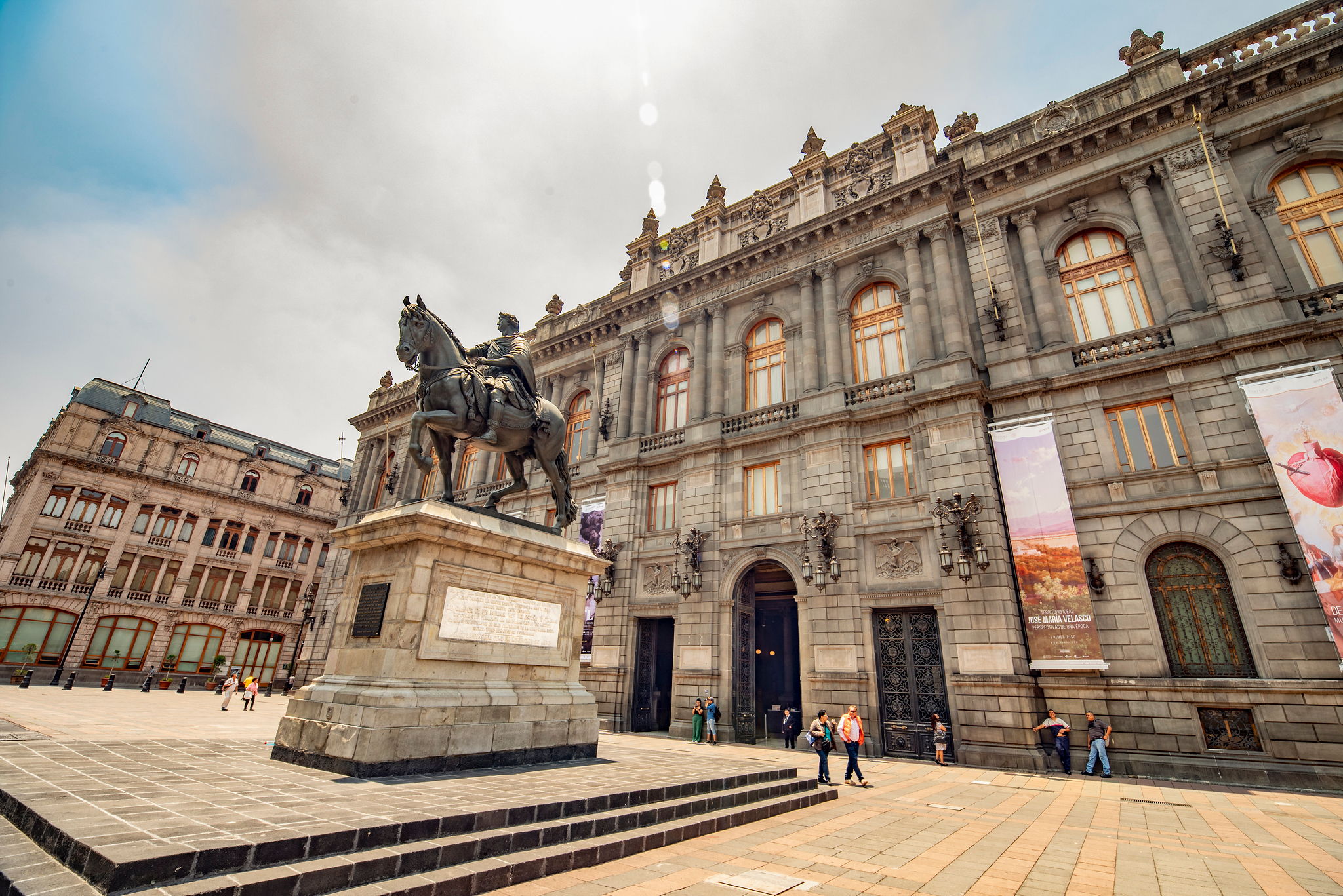 A few hours is all you need to enjoy this lovely museum. It is not to be missed if you happen to find yourself in Mexico City. Nuff said.

As for photographs, I’m just getting started. If you missed the first series of photographs from our trip, check out the images of Mexico City HERE. There’s many more to come from not only Mexico City but from the UNESCO World Heritage cities of Querétaro, San Miguel de Allende, and Guanajuato so SUBSCRIBE HERE to not be left sucking your toe (all the way to Mexico).

Photographs taken with my Pentax K-1 using the Pentax 24-70mm f/2.8 and the Irix 15mm f/2.4. Supported by the Spider Camera Holster SpiderPro Hand Strap (a must for the weighty K-1) and carried around in the Lowepro Slingshot Edge 250 camera bag. Special thanks by my “highly paid” assistant/model, my daughter Miranda.

View more images from our trip to Mexico

Written By DanPerezPhotography On June 25, 2019

The Holy City of Teotihuacán, Mexico City (In Pictures)

I feel like I just spent an afternoon at the most amazing museum. Thank you. I loved the religious art. Stunning.

Thank you, Linda – I was really hoping to bring the experience of being in the museum by using my wide angle lens. Glad I succeeded 🙂