Founded in 1929 by by Abby Aldrich Rockefeller (wife of John D. Rockefeller, Jr.) and two of her friends, Lillie P. Bliss and Mary Quinn Sullivan, the Museum of Modern Art (MoMA) officially opened on November 7, 1929, nine days after the Wall Street Crash(!). It was housed in six rooms of galleries and offices on the twelfth floor of the Heckscher Building at 730 Fifth Avenue (corner of Fifth Avenue and 57th Street). At the time, it was America’s premier museum devoted exclusively to modern art, and the first of its kind in Manhattan to exhibit European modernism.

Former New York Governor and Vice President Neslon Rockefeller became president of the museum in 1939 and that same year MoMA opened to the public in its new (and present) location on 53rd Street. The new location was renovated and designed by the modernist architects Philip L. Goodwin and Edward Durell Stone (Stone’s other notable works include Radio City Music Hall and the John F. Kennedy Center for the Performing Arts in Washington, D.C.).

In 1997, the museum undertook a major renovation and expansion designed by Japanese architect Yoshio Taniguchi with Kohn Pedersen Fox, one of the largest architecture firms in the world. The project, including an increase in MoMA’s endowment to cover operating expenses, cost $858 million in total. The project also nearly doubled the space for MoMA’s exhibitions and programs and features 630,000 square feet of space. The Peggy and David Rockefeller Building on the western portion of the site houses the main exhibition galleries, and The Lewis B. and Dorothy Cullman Education and Research Building provides space for classrooms, auditoriums, teacher training workshops, and the museum’s expanded Library and Archives. I’d been to the MOMA with my wife back in September of 2018 (alas, it would be our last trip to NYC together as she would pass away from a brain tumor later that month) but the museum had been closed since June of 2019 as it completed its new west wing, the final step in the overall expansion. On October 21, the new and improved MoMA, now 165,000 square feet larger and boasting more galleries plus a revamped lobby and bookstore, re-opened to the public. The much-anticipated renovation and expansion was spearheaded by architecture firms Diller Scofidio + Renfro and Gensler in collaboration with the museum itself; in total, the undertaking cost $450 million dollars.

So with it being rather cold outside, I took my daughter along to check out the “new” Museum of Modern Art, considered by many to have the best collection of modern Western masterpieces in the world, including more than 150,000 individual pieces in addition to approximately 22,000 films and 4 million film stills. Since 2012, the museum is open seven days a week and admission costs are $25 for adults, $18 for seniors and $14 for students (children 16 and under are free).
TIP: Avoid long lines and buy your tickets online at www.moma.org – you’ll thank me afterwards. Oh, and give yourself several hours to peruse the museum’s many exhibits (at least 5 hours!), you’ll also thank me afterwards.

On the left, “Portrait of My Mother” (1925) by American modernist painter Florine Stettheimer and on the right, “Woman Dressing Her Hair” (1940) by Spanish painter Pablo Picasso 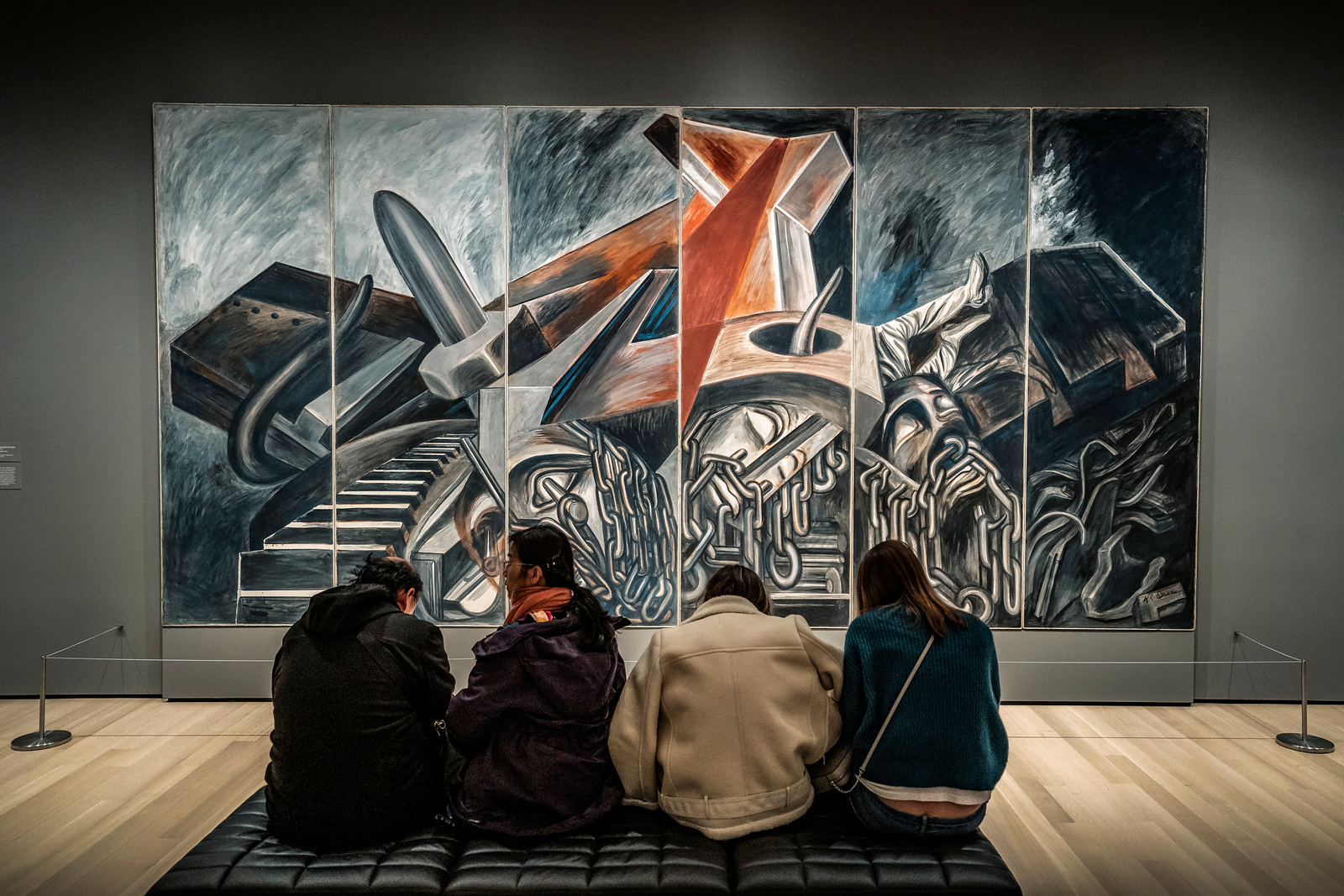 “Dive Bomber and Tank” (1940) by José Clemente Orozco, a Mexican caricaturist and painter who specialized in political murals One of my faves from the MoMA, Belgian surrealist artist René Magritte’s peculiar “The Menaced Assassin” (1927) 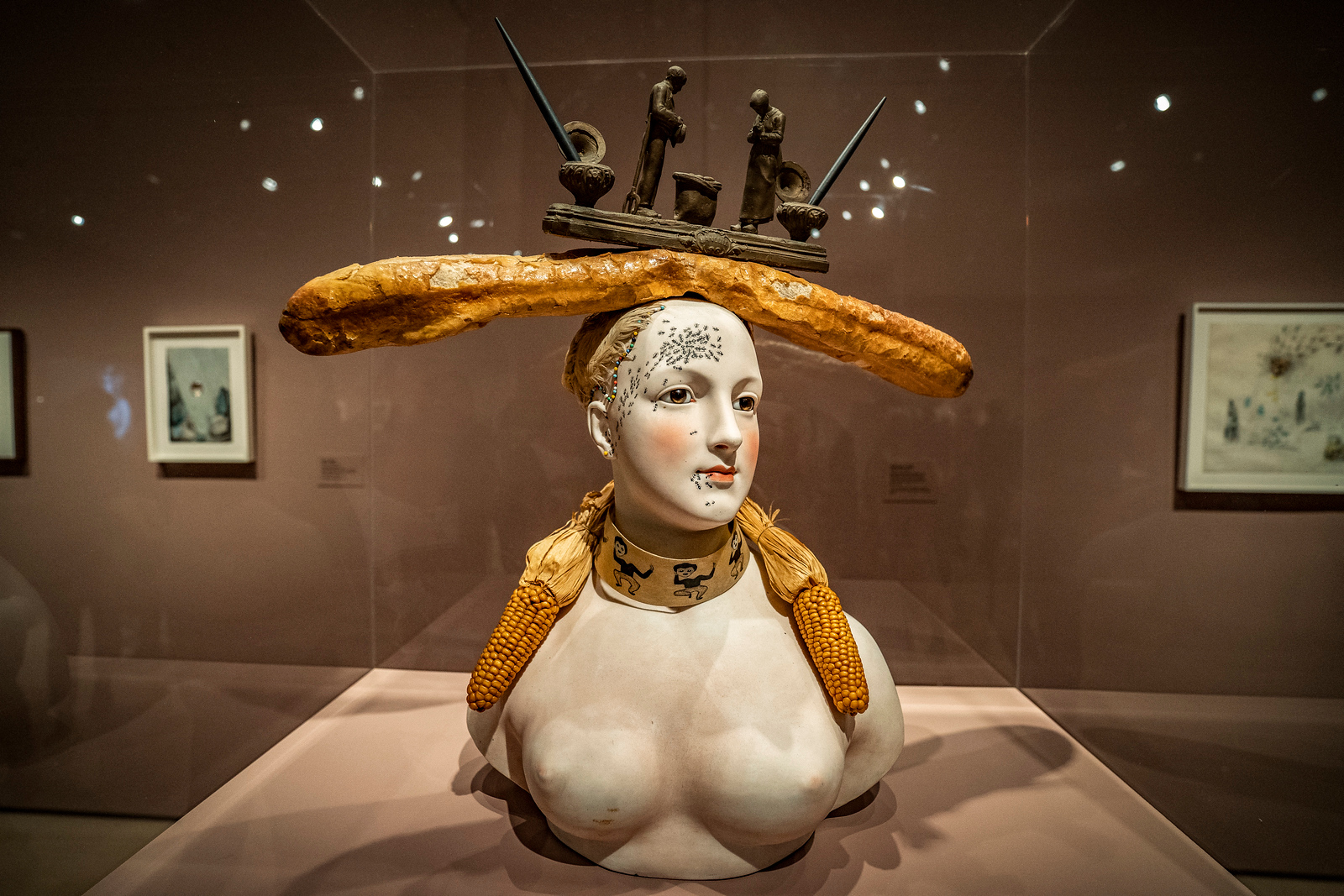 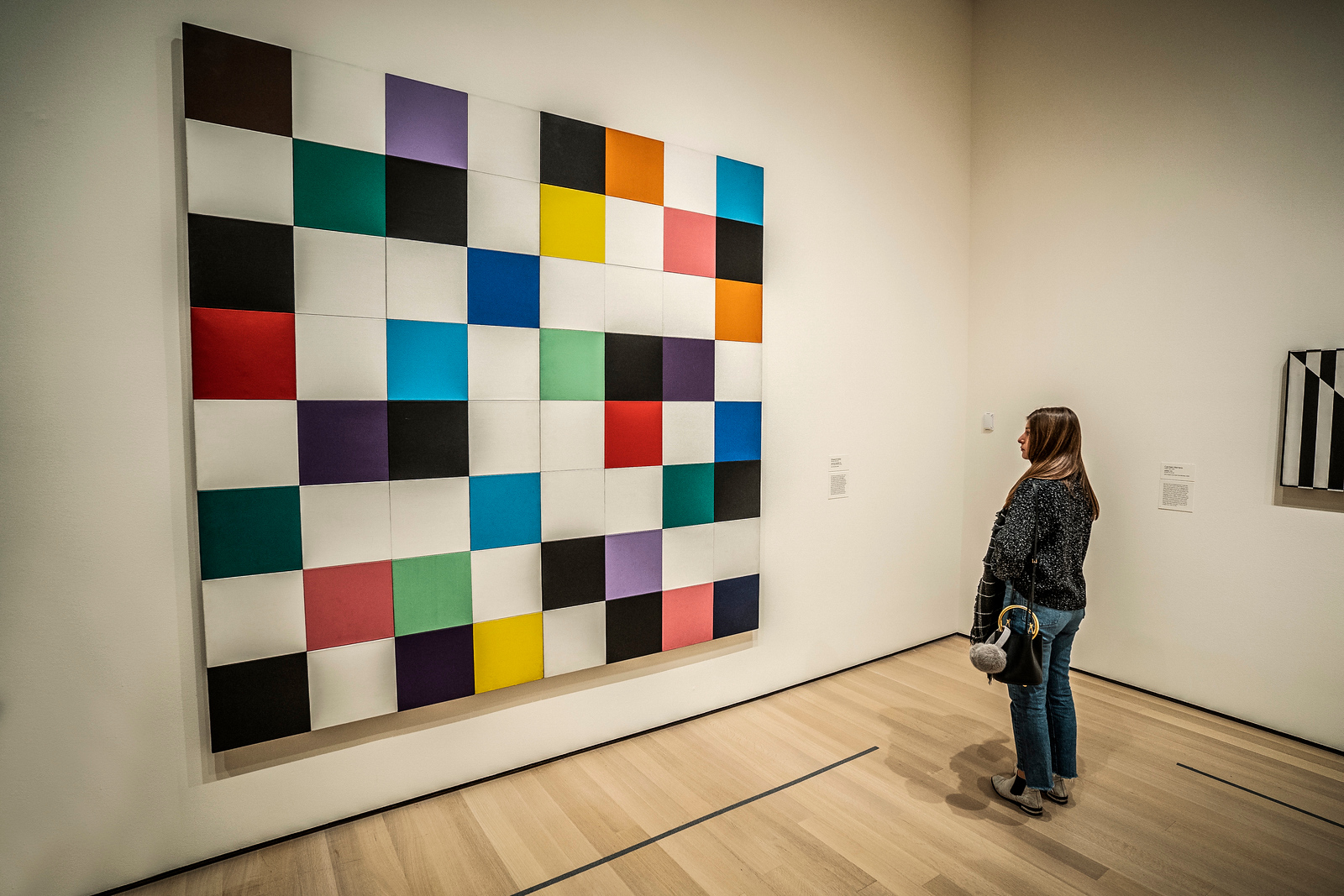 “Colors for a Large Wall” (1951) by Ellsworth Kelly, an American painter, sculptor, and printmaker 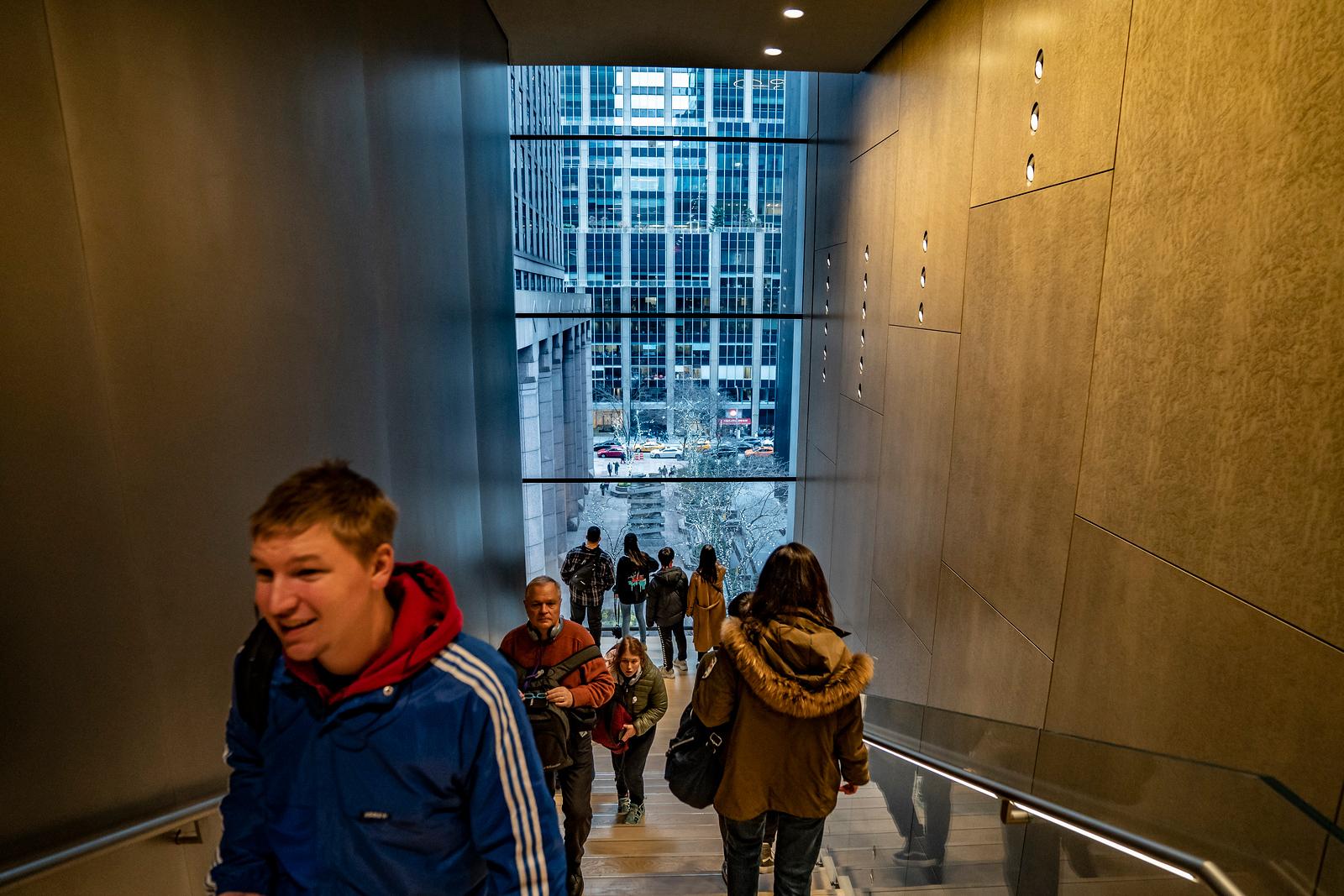 “Gaea” (1966) by Lenore “Lee” Krasner, an American abstract expressionist painter with a strong speciality in collage. She was married to Jackson Pollock. 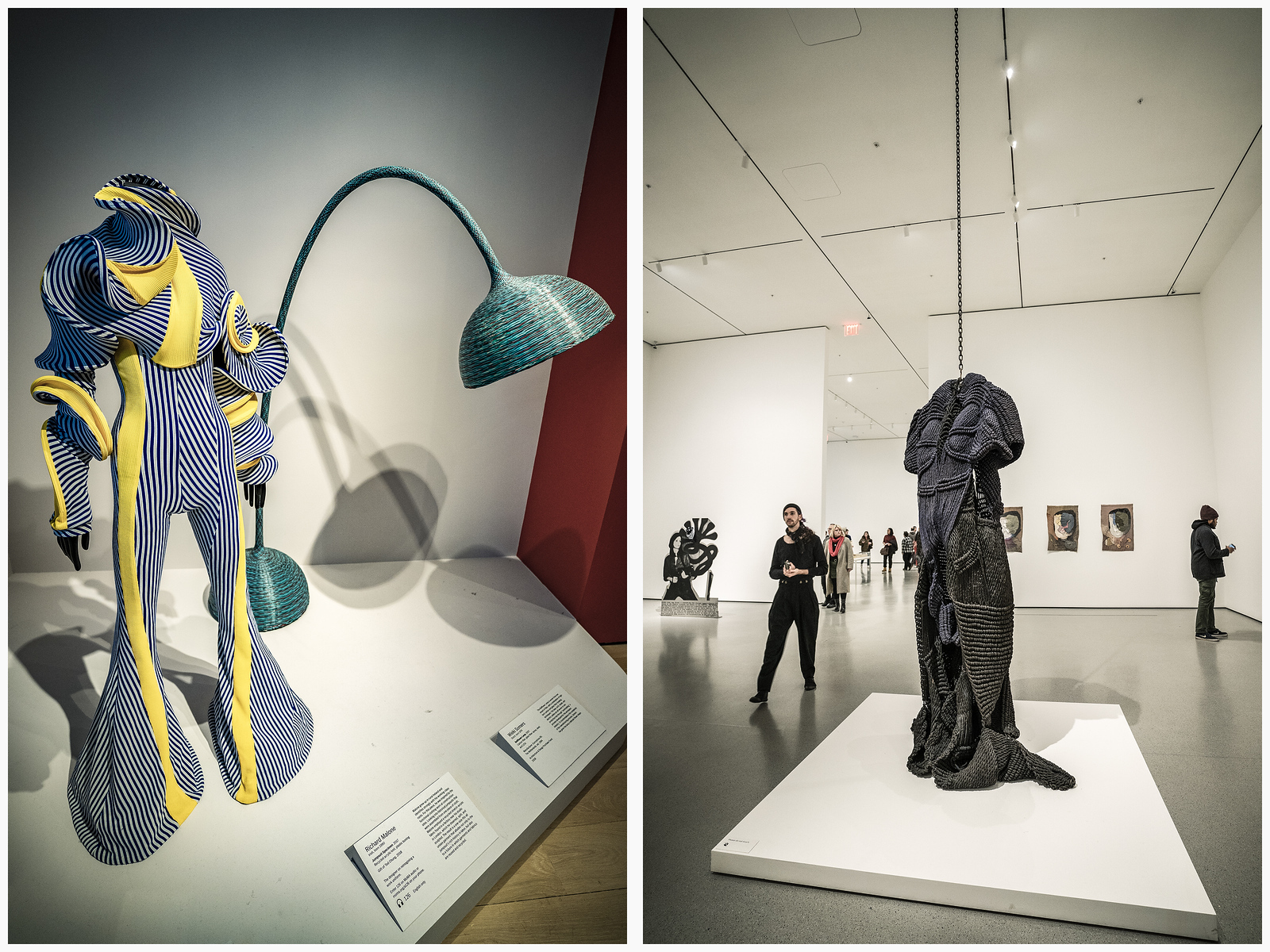 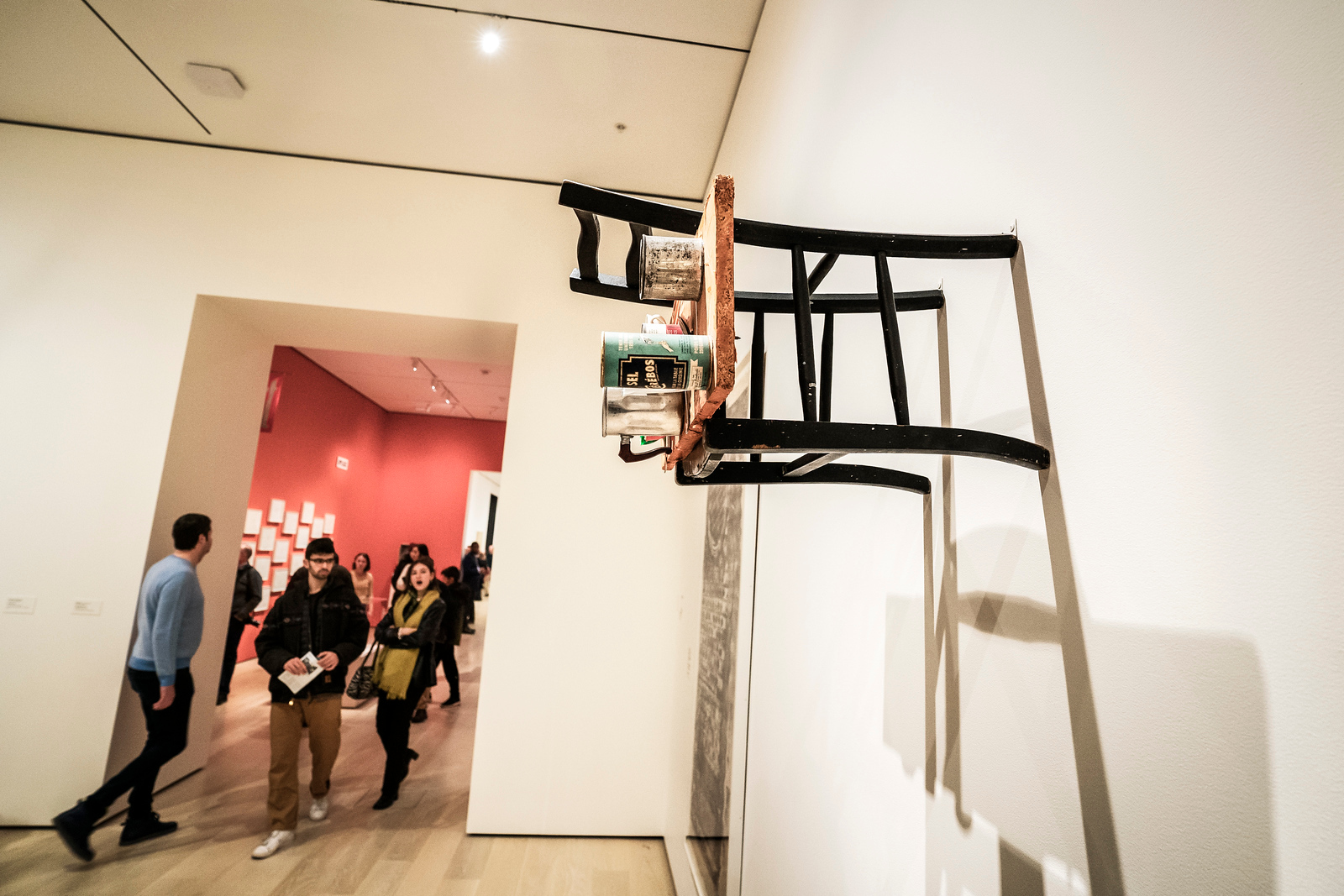 “Kichka’s Breakfast I” (1960) by Daniel Spoerri, a Swiss artist and writer born in Romania 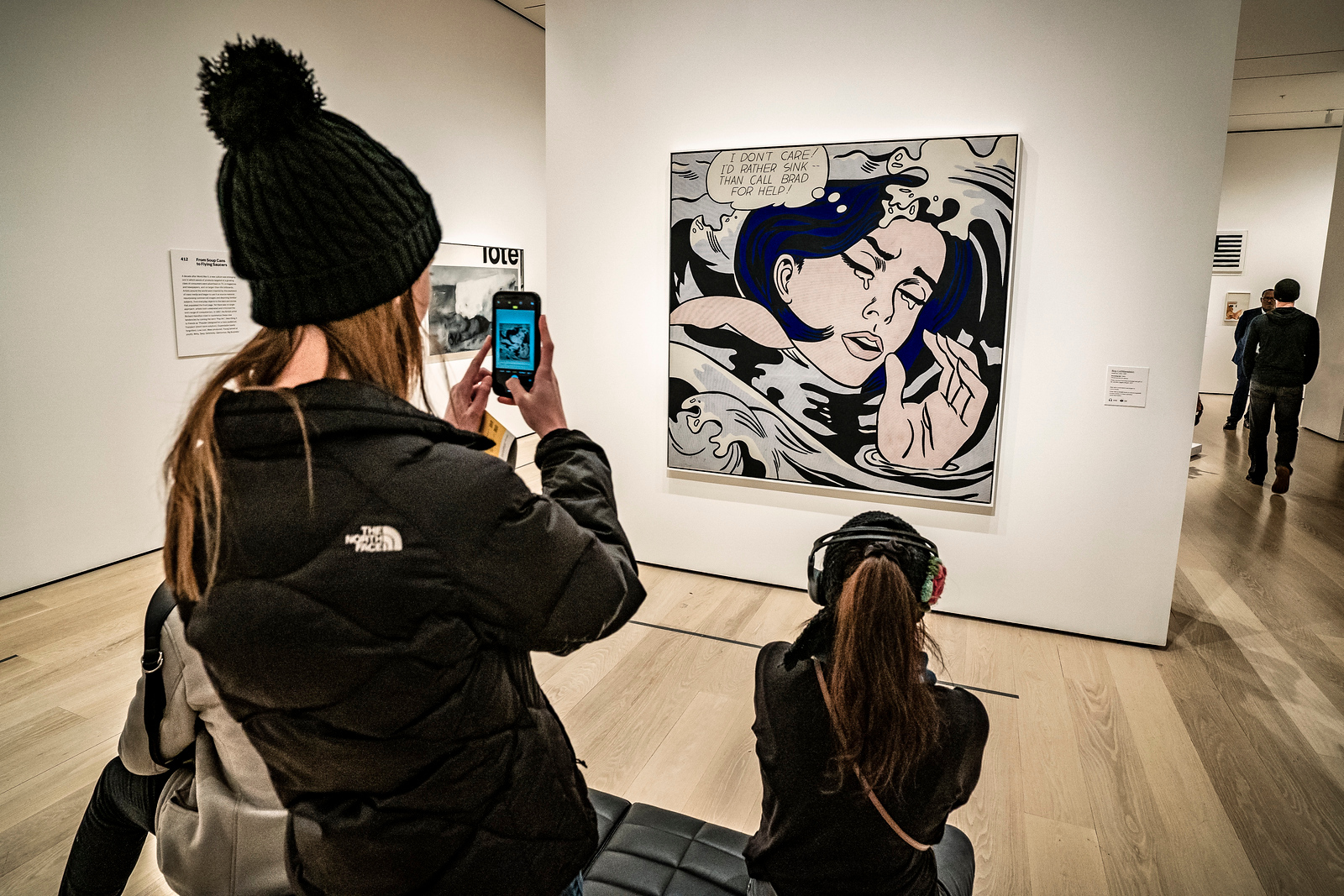 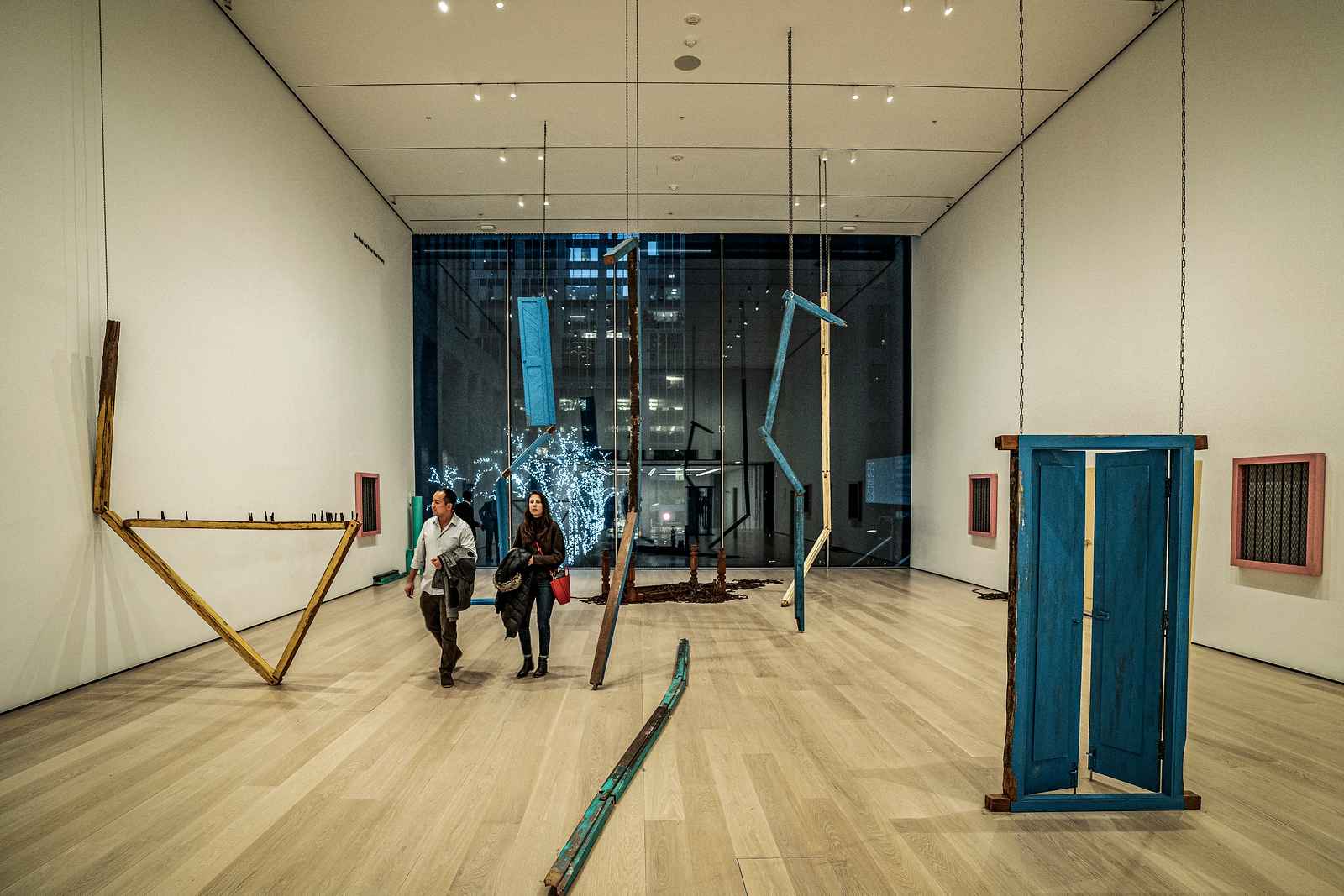 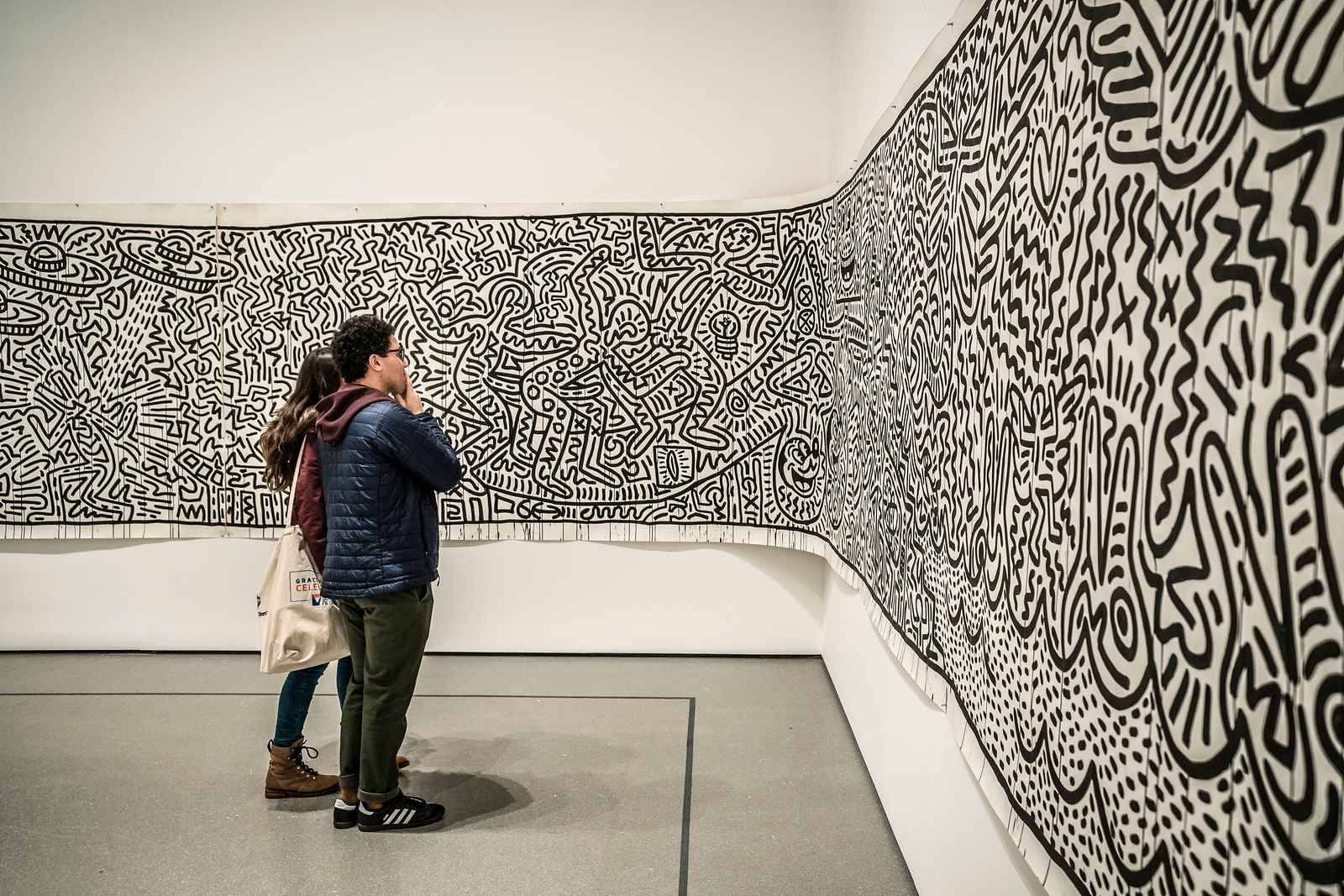 “Untitled” (1982) by Keith Haring, an American artist and social activist whose pop art and graffiti-inspired drawings grew out of the New York City street culture of the 1980s 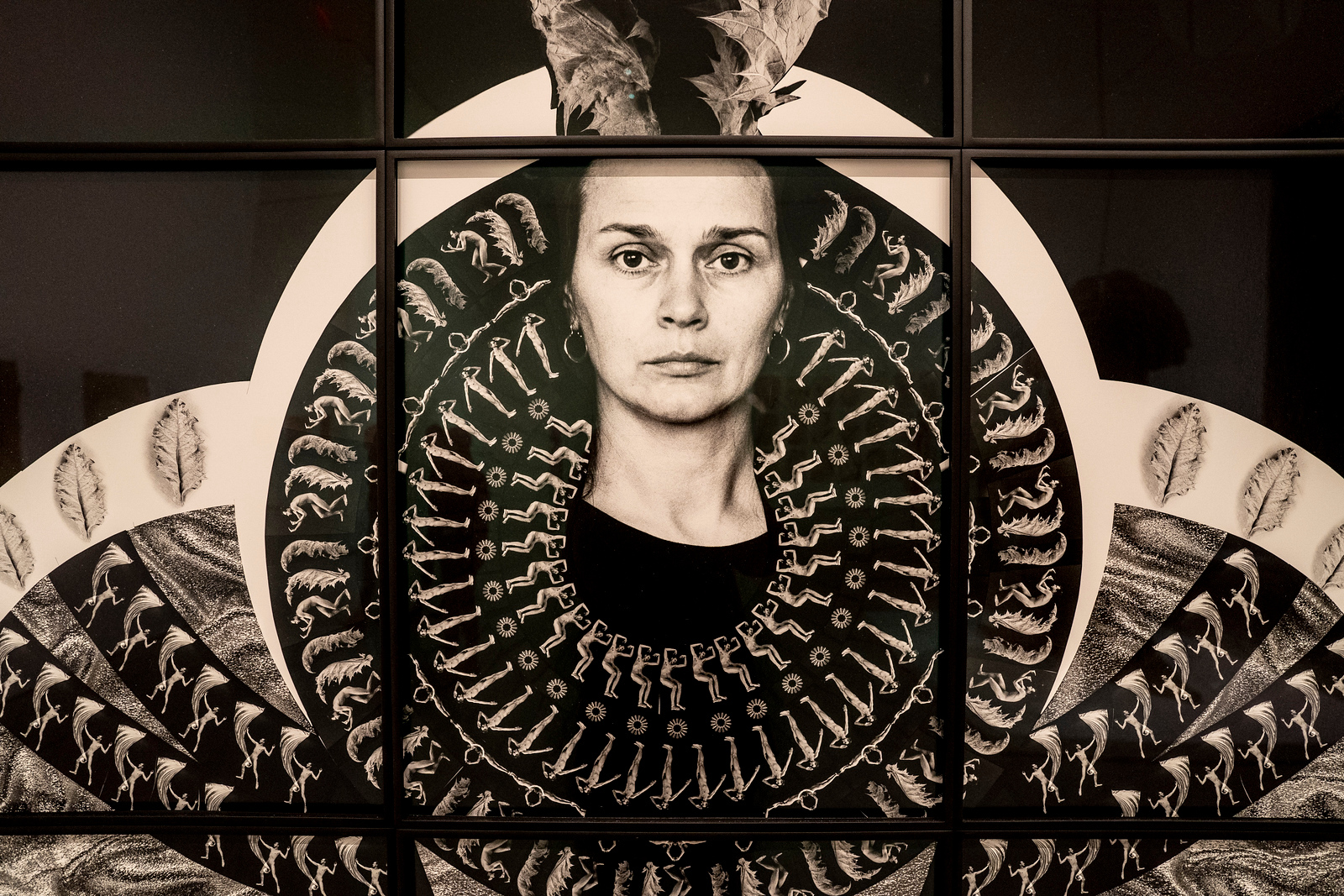 “The Splendor of Myself II” (1997) by Polish artist Zofia Kulik 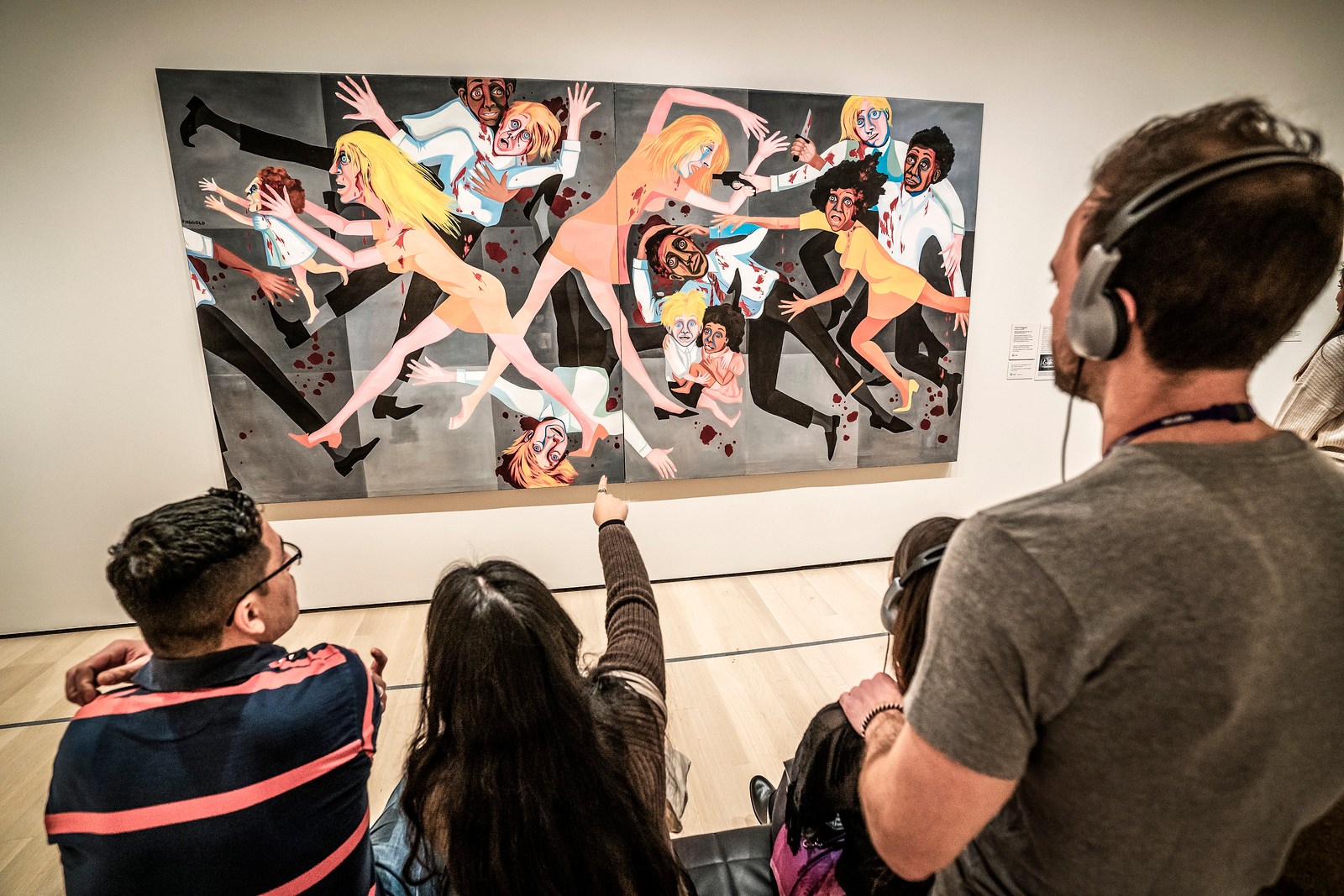 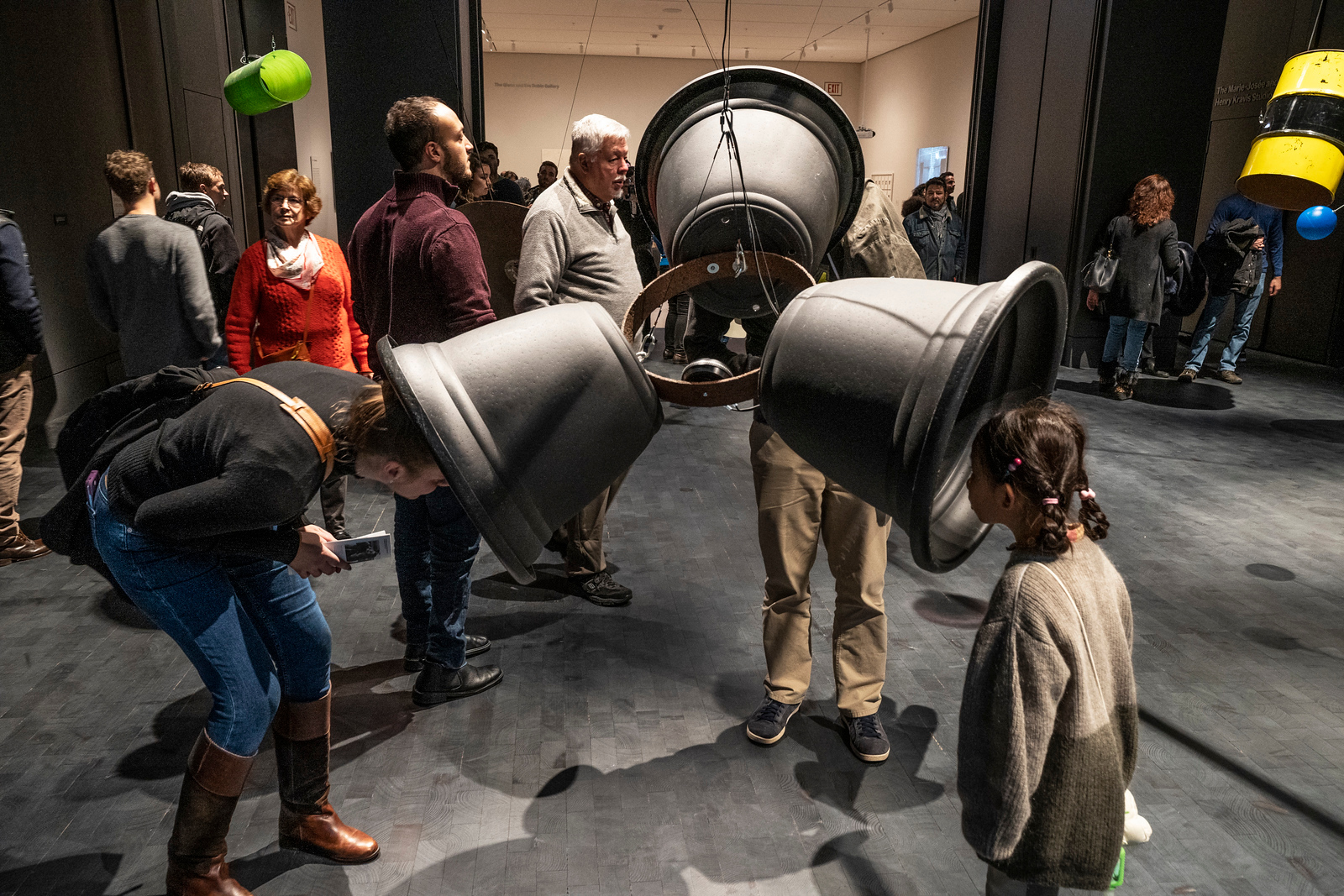 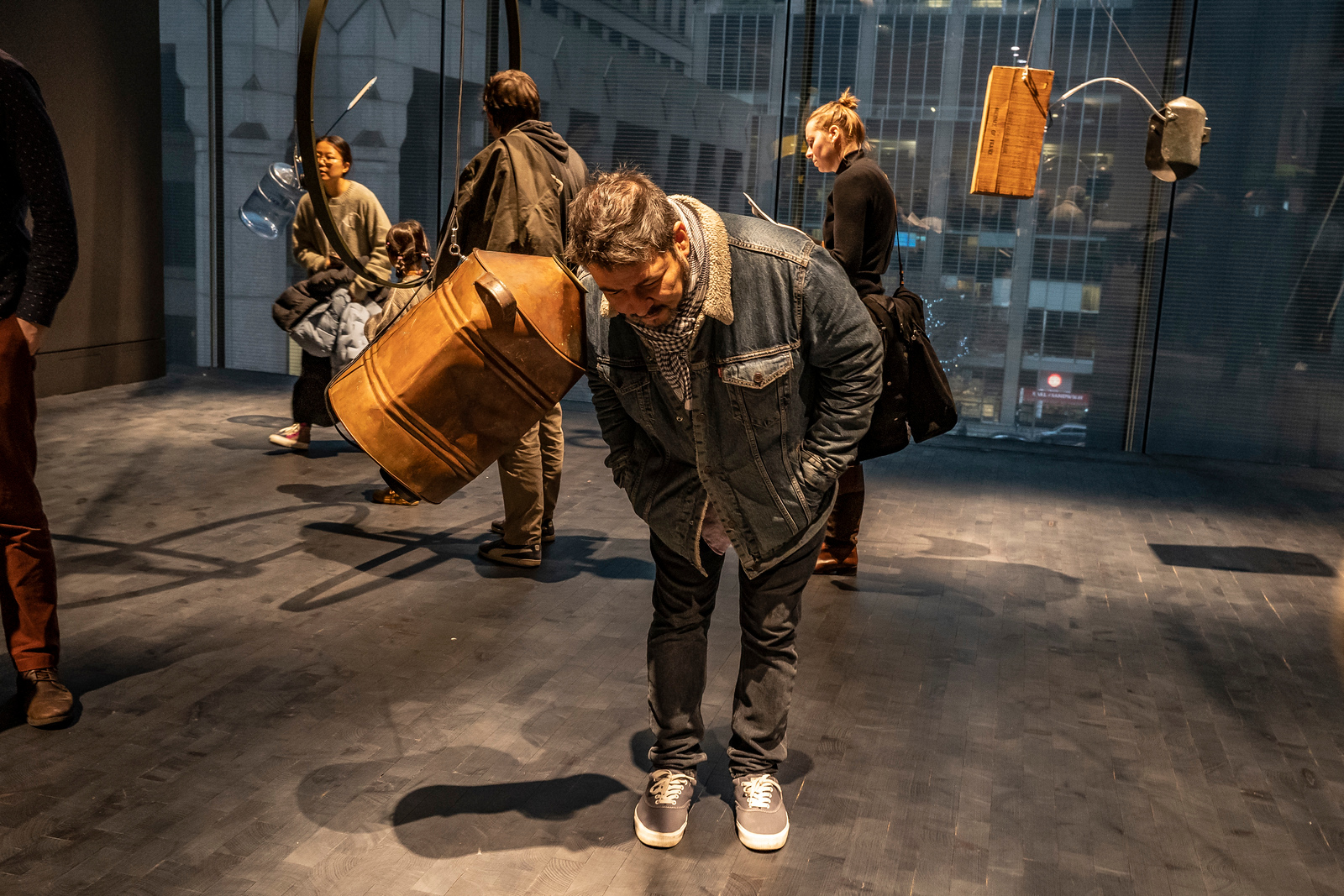 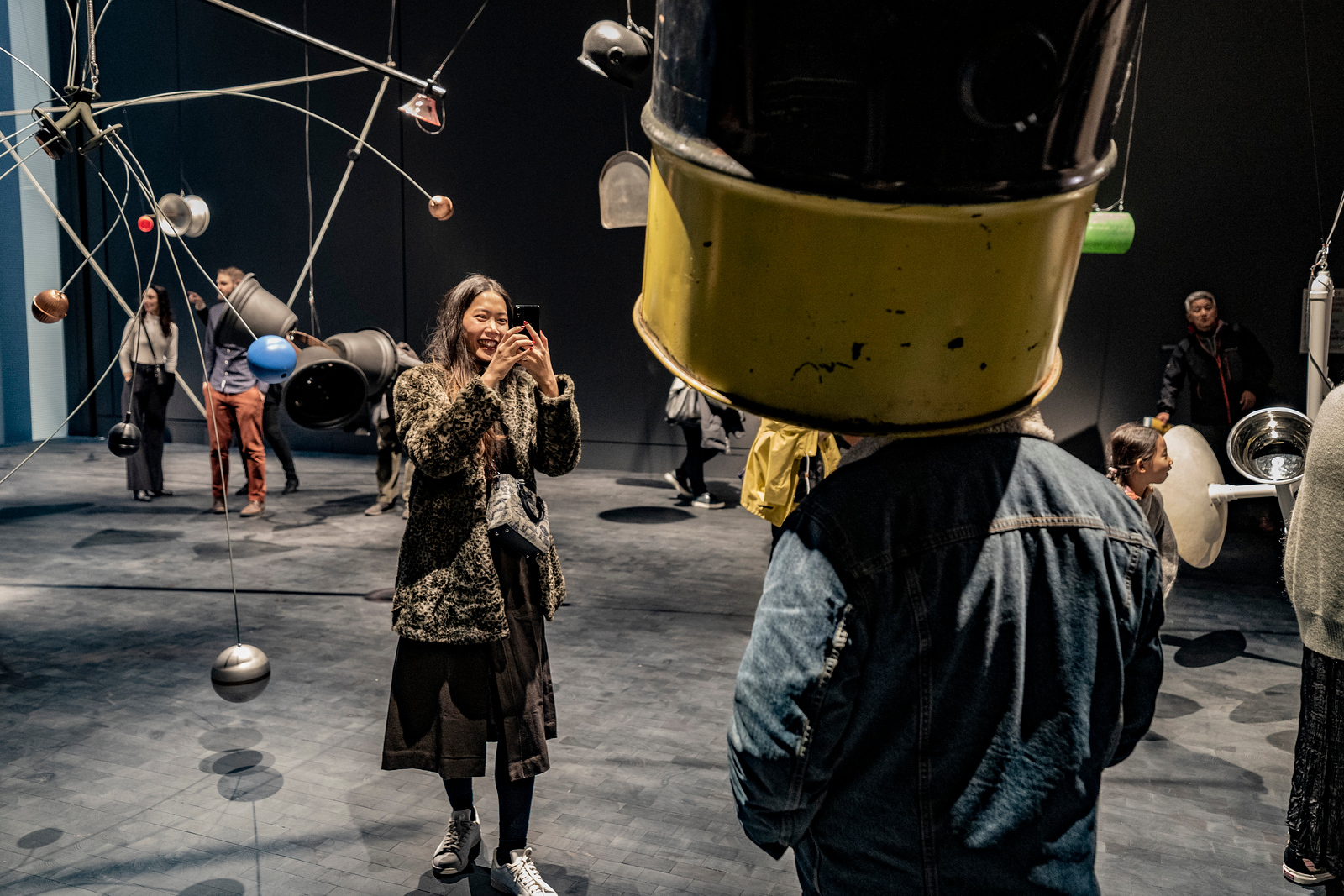 “Rainforest V (variation 1)” (1973–2015), conceived by David Tudor and realized by Composers Inside Electronics Inc., is a sound installation constructed from everyday objects, such as a metal barrel, a vintage computer hard disc, and plastic tubing, which are fitted with sonic transducers and suspended in space to increase their resonance. “Starry Night” is one of the most recognized pieces of art in the world. Vincent van Gogh painted it in 1889 during his stay at the asylum of Saint-Paul-de-Mausole near Saint-Rémy-de-Provence. “This morning I saw the countryside from my window a long time before sunrise, with nothing but the morning star, which looked very big,” wrote van Gogh to his brother Theo, describing his inspiration for the painting. One of the biggest points of interest about Starry Night, however, is that none of the scenery matches the area surrounding Saint-Paul or the view from his window. On July 27, 1890, aged 37, Van Gogh shot himself in the chest with a 7mm Lefaucheux à broche revolver. There were no witnesses and he would die some 30 hours after the incident. 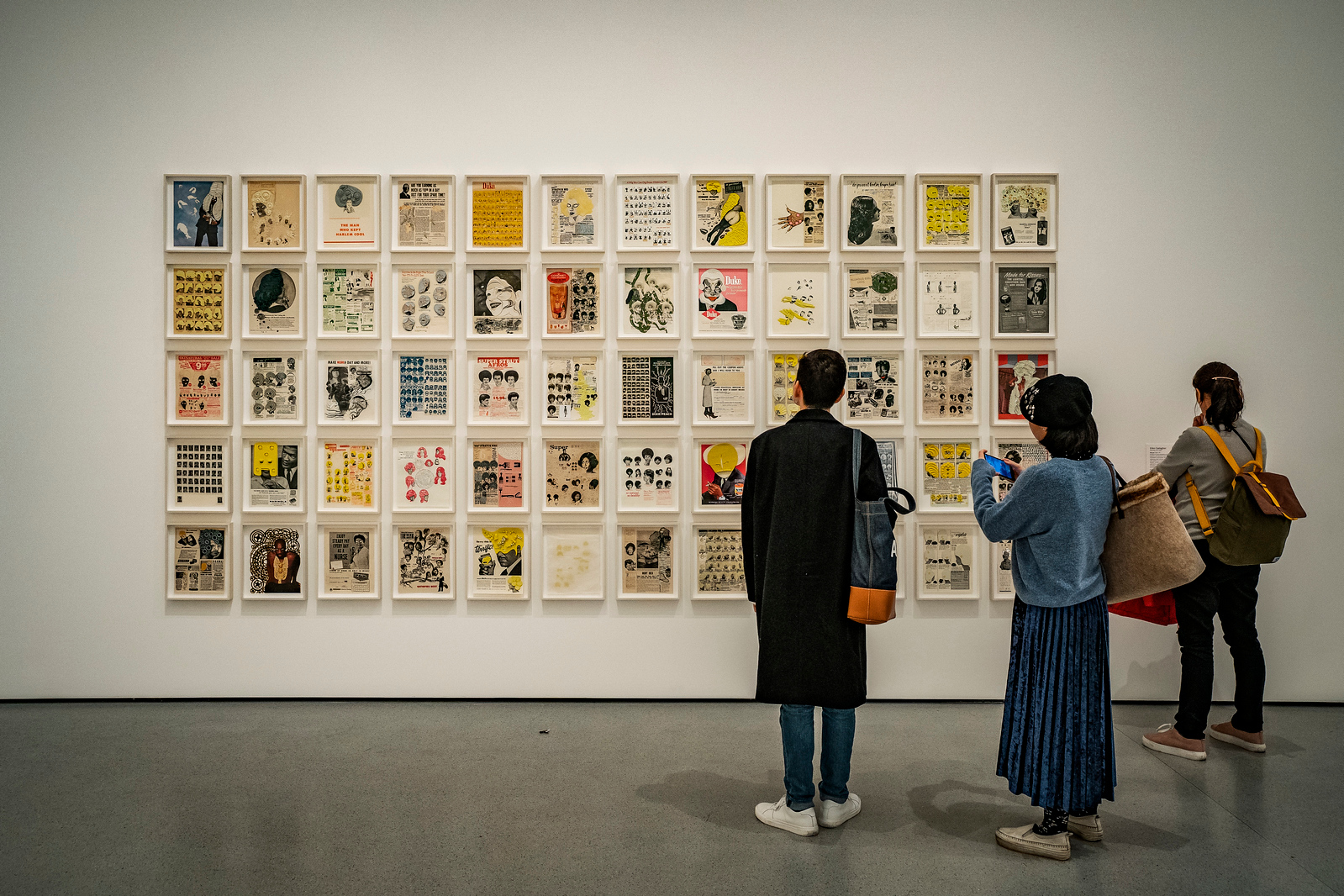 “Night Light” (1978) by Joan Semmel, an American feminist painter, professor, and writer. She is best known for painting large scale, realistic nudes of her own body as seen from her perspective looking down. 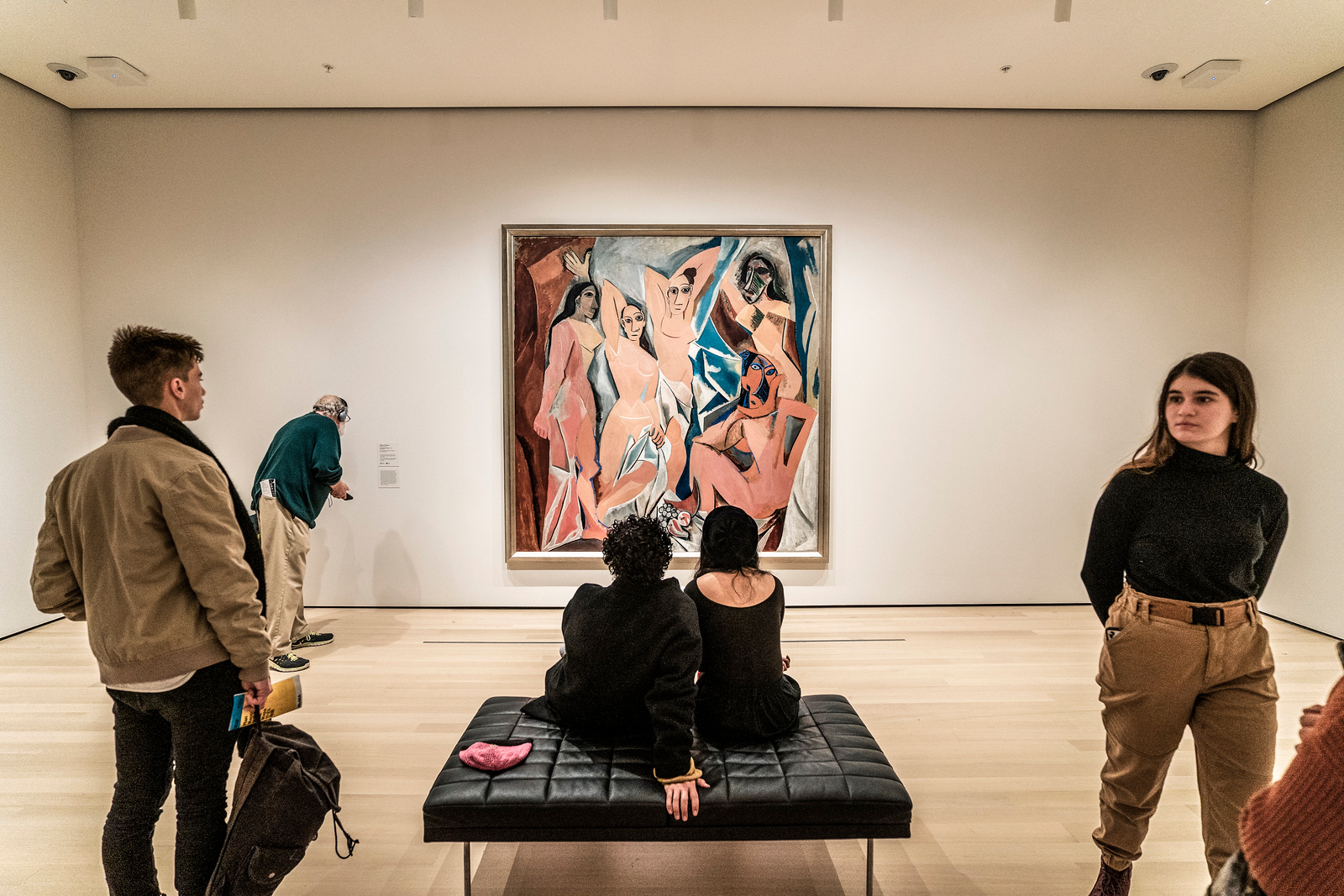 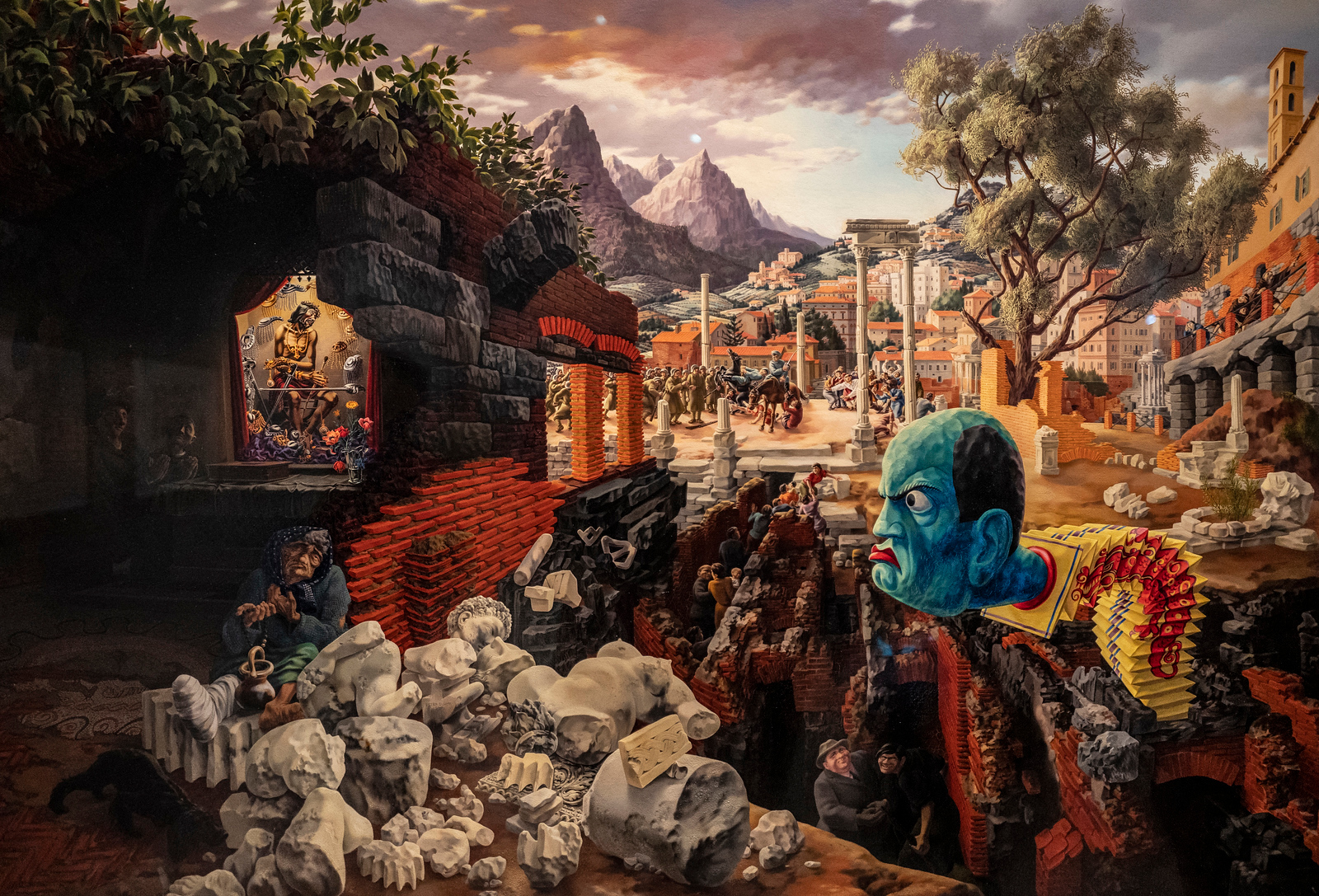 “Dance (I)” by French painter Henri Matisse is a preliminary version of a painting made by Matisse in 1909 at the request of Russian businessman and art collector Sergei Shchukin. The final version of the work, completed in 1910 and named “Dance (La Danse)”, resides in the Hermitage Museum in St. Petersburg, Russia.

“Head of the Montserrat, II (1942) by Julio González, a Spanish sculptor and painter who developed the expressive use of iron as a medium for modern sculpture. 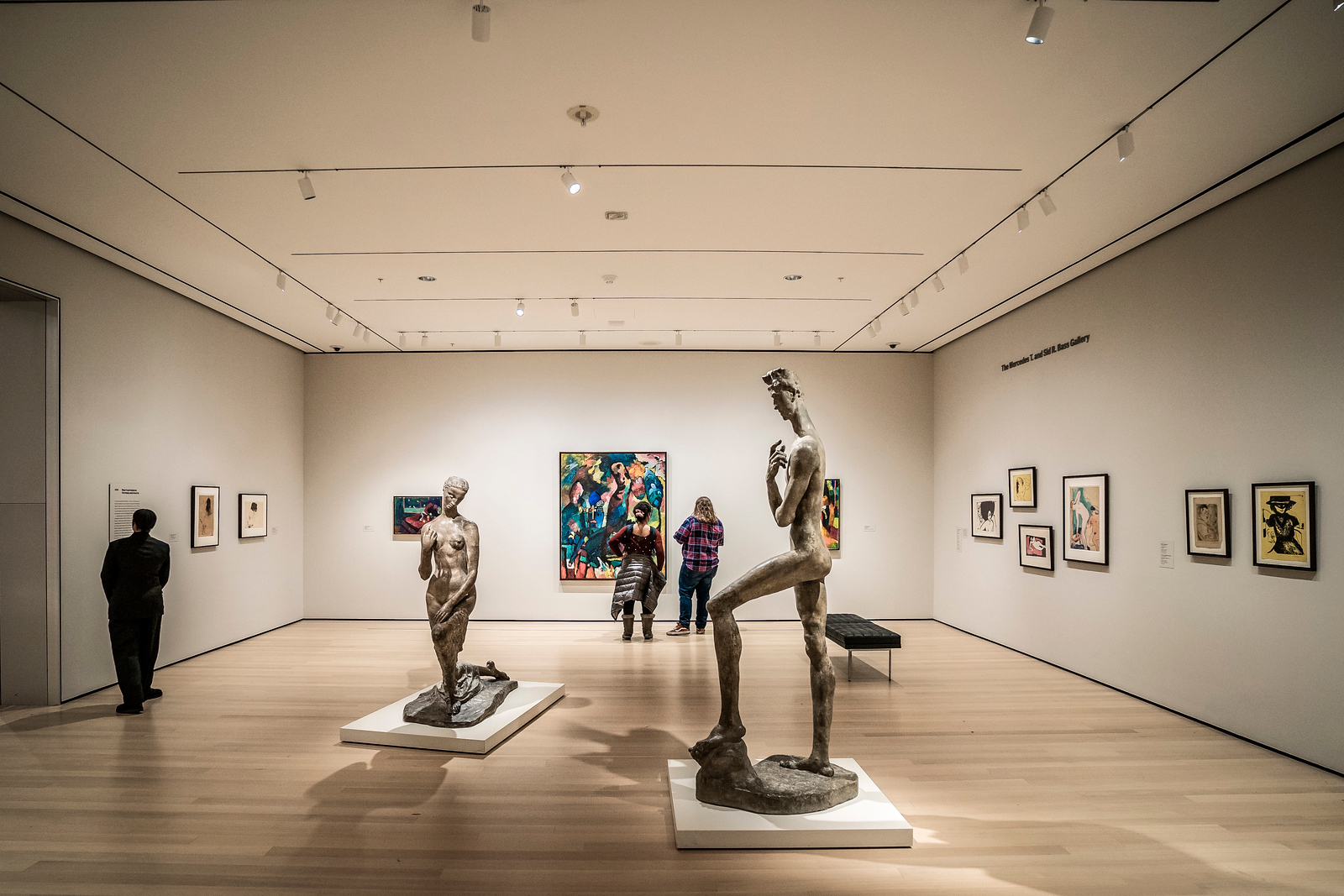 “Mine Kafon wind-powered deminer” (2011)
As a child in Qasaba, Afghanistan, Massoud Hassani made toys out of whatever materials he could find. Among his favorites were rolling objects powered by the wind, which he would race with other children. Sometimes these toys would roll onto minefields carried by the wind and they could not be retrieved. Some of Hassani’s friends were injured or killed by land mines. While in design school in the Netherlands, Hassani made those toys all over again – only much bigger, heavier, and stronger, designed to be released onto minefields to detonate remnant mines. 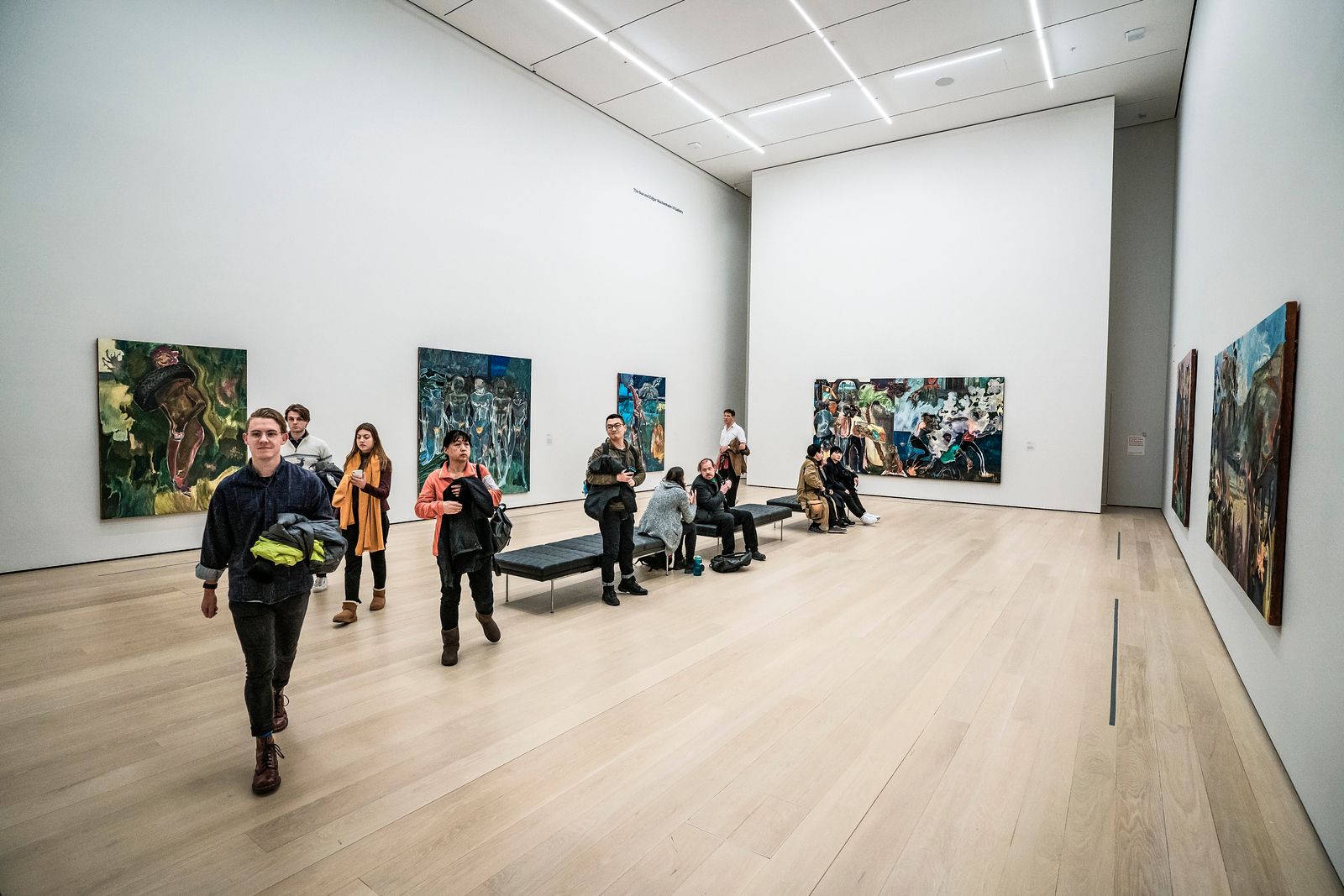 Before we knew it, the museum was closing and we had to leave. A great way to spend several hours in New York City. Visit www.moma.org to learn more…

Written By DanPerezPhotography On January 6, 2020