With the Coronavirus pandemic still upon us, I hope that anyone who receives this message is doing well and staying safe. This hard rain ain’t gonna fall forever and hopefully we will all make it through this crazy time stronger than we were before it all started (and with a newfound appreciation for life – and technology!). That said, I was at first reluctant to continue my series of photographs from our trip to Guadalajara, Mexico earlier this year. But with the future of travel still so uncertain, I figured this might actually be the perfect time to share travel photographs. I mean, we’re gonna get through this pandemic and one day travel again, right? Right. So today we take a look at Los Guachimontones.

Los Guachimontones is the largest Late Formative to Classic period (300 BCE to 450/500 CE) pre-Columbian archaeological site in the state of Jalisco. Situated in the hills above the town of Teuchitlán that provides the namesake for the culture that built the site, Los Guachimontones is part of the Agave Landscape and Ancient Industrial Facilities of Tequila UNESCO world heritage site.

Los Guachimontones is one of several dozen Teuchitlán Culture sites within the Tequila Valleys, though it is by far the largest site in terms of both the number and size of its ceremonial buildings. The Teuchitlan culture is known for its distinct circular, step pyramid structures (described as looking like a layer cake or bee hive) consisting of a round central altars (a style that is called “Guachimontón”) surrounded by a circular patio space, and a circular banquette on which sits four to sixteen rectangular or square platforms. Shaft-tombs are found directly underneath the platforms in the guachimonton structures.

American archaeologist Dr. Phil Weigand and his wife Celia Weigand discovered the Los Guachimontones site in 1969. Dr. Weignad, through drive-by and regular archaeological survey recorded over 200 guachimontones around Western Mexico, the majority being in the Tequila Valleys area in highland Jalisco.

Conspiracy theories abounded that they were built by the Jalisco government in an effort to attract more tourists to the state. Some even suggested that the strange-looking pyramids were alien in origin. Researchers eventually proved that the pyramids were constructed approximately 2,000 years ago by the Teuchitlán culture that had thrived in the Tequila Valley region between 300 BC and 900 AD. 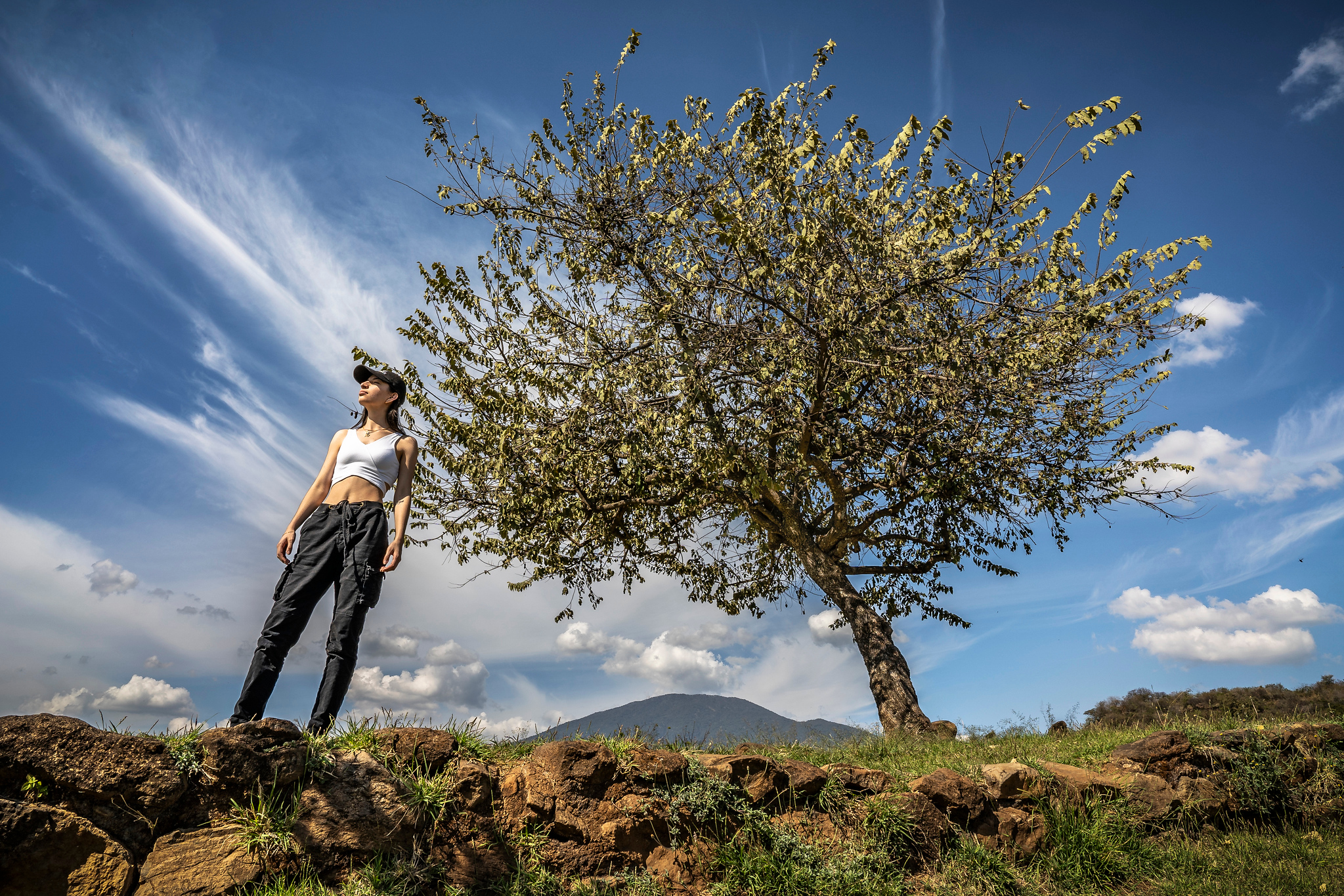 At one time, this area was home to more than 40,000 people. Very little is known about this society except that the word Teuchitlán means, “a place for the divine,” and the community was dedicated to agriculture and fishing. This culture is notable for its use of conical step pyramids. Apart from one other smaller pyramid in Mexico City, these are the only round pyramids in the world. In recognition of the importance of this mission, UNESCO has added the whole region to its World Heritage List.

From where we were staying in Guadalajara, it’s about an hour drive (approx $40 via Uber). It is a steep hike up to the ruins (steep as in we had to stop about three times before reaching the top) so if you’re not in decent physical shape, I wouldn’t recommend a visit there. Fortunately, I didn’t have a heart attack trekking up there and we had an absolutely beautiful day to explore the area. After frolicking around the ruins (and a far easier descent back to the entrance), we cooled off at the Guachimontones Museum. There  you can see the handicrafts found at the site, as well as a video that explains how the ruins were discovered. There’s also a small souvenir shop in a wood cabin outside the museum.

Los Guachimontones is a must-see attraction (as long as you can manage the steep hike up) should you find yourself in or around Guadalajara – and you really should one day find yourself there because it’s a charming city.

Written By DanPerezPhotography On April 27, 2020